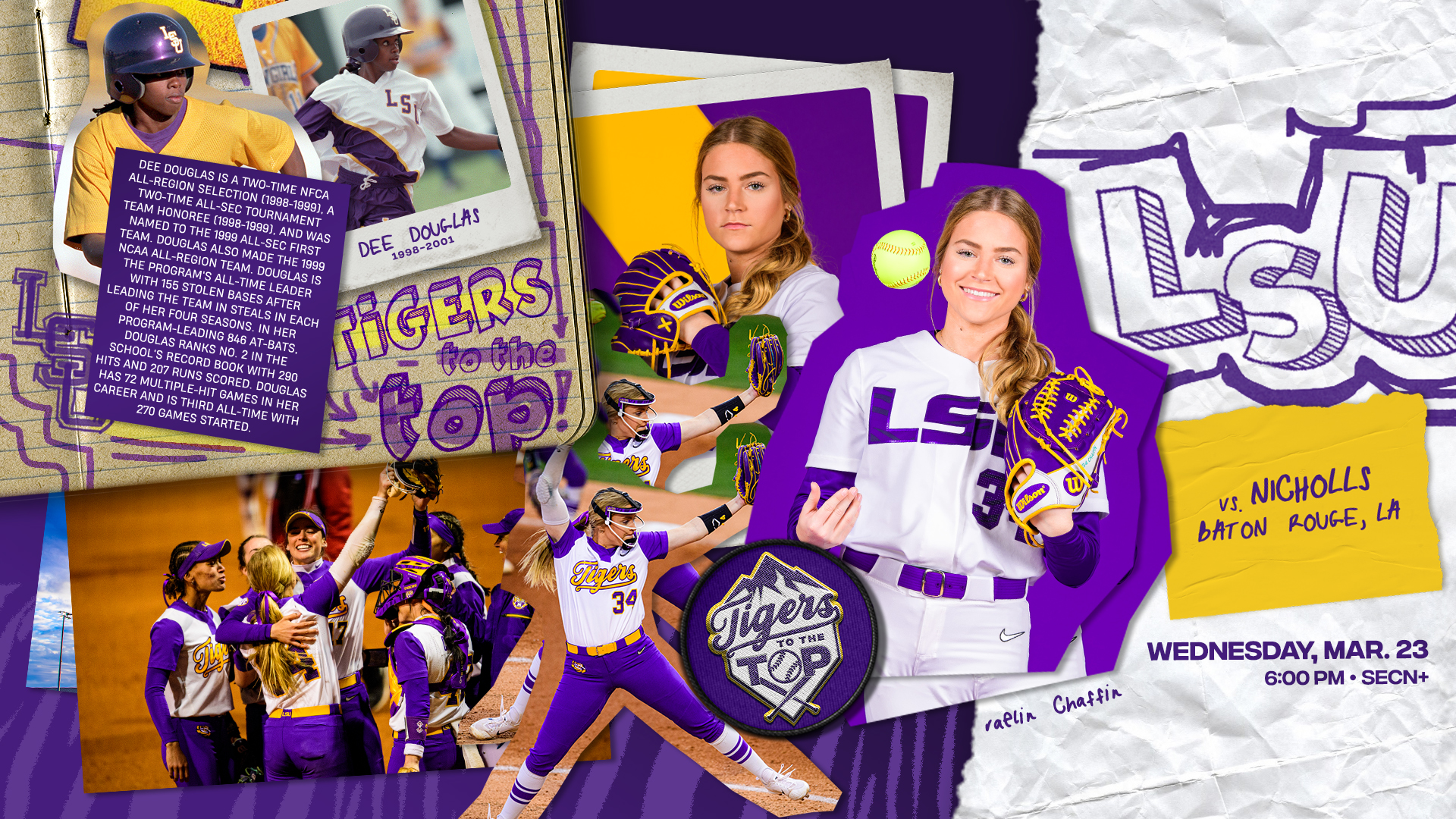 Wednesday’s game will be streamed on SECN+ with Lyn Rollins and Yvette Giouard on the call. Fans in the Baton Rouge Area can also hear the game called by Patrick Wright on the LSU Sports Radio Network 107.3 FM.

Junior Ali Kilponen is 9-4 on the rubber and has a 2.05 ERA with 65 strikeouts in 75.0 innings pitched. Kilponen has three shutouts on the year with one save. Senior utility player Shelbi Sunseri has a 5-2 mark in the circle with a 1.72 ERA and 39 strikeouts. She also has one save and one shutout. At the plate, Sunseri is hitting .262 with 17 hits, eight home runs, and 22 RBIs.

The Tigers and Longhorns have split 10 games evenly in the all-time series. LSU is 3-2 against Texas under Coach Torina after winning two out of three in Baton Rouge last season. The two clubs met for the first time on Feb. 18, 2000, where LSU pulled off a 6-2 victory in eight innings.

Nicholls has lost five of its last six games and enters Wednesday on a two-game losing streak. The Colonels has a .270 batting average with 164 hits and 96 RBIs.

LSU will get back into SEC play with a three-game series at Arkansas in Bogle Park in Fayetteville, Ark. March 26-28.