Mulkey Named Finalist For Naismith Coach of the Year 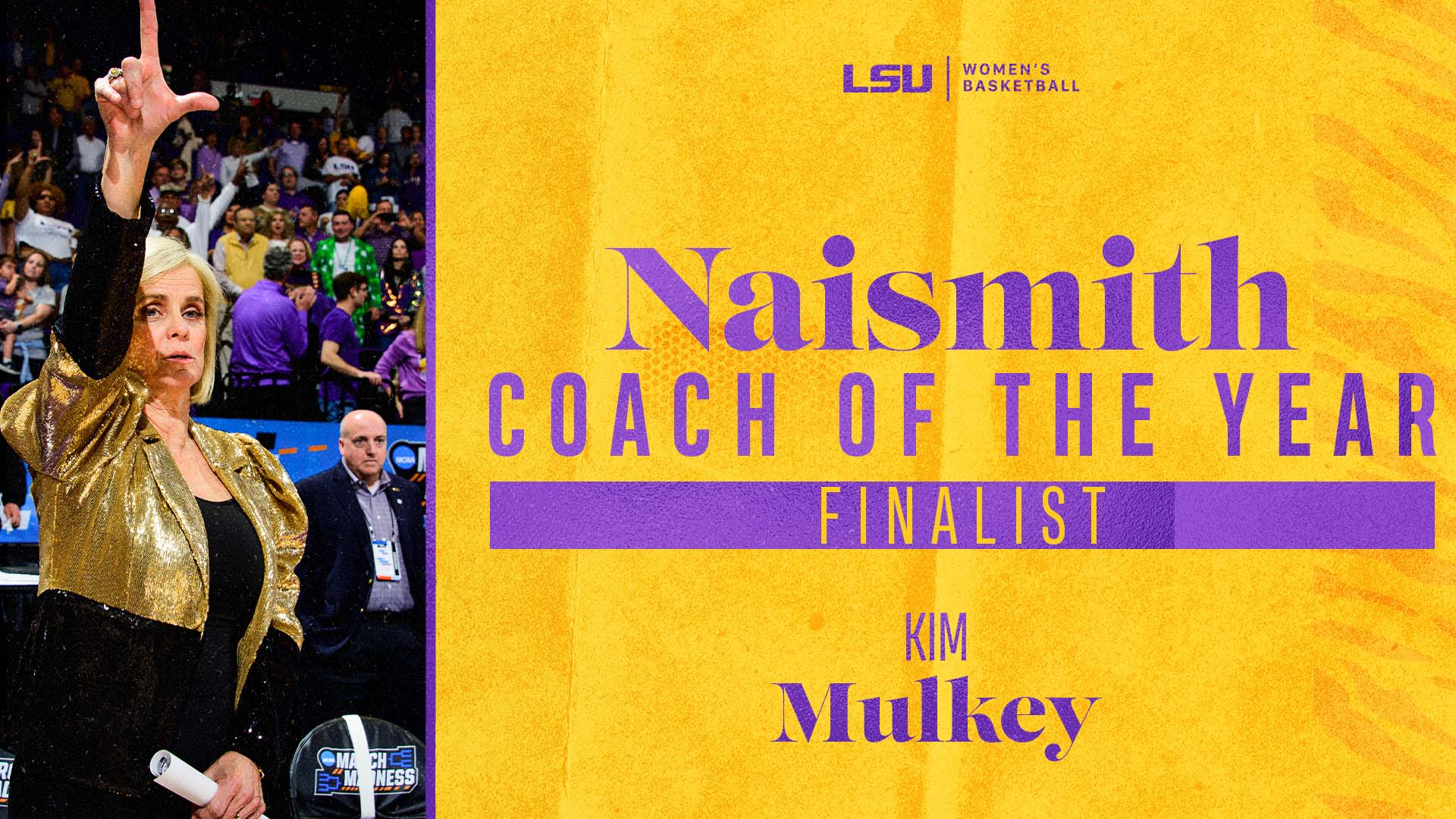 BATON ROUGE – LSU’s Kim Mulkey is one of four finalists for the Naismith National Coach of the Year, leading the Tigers to great success during her first season in Baton Rouge.

The Tigers have enjoyed their best season in a longtime and are playing Monday night in the PMAC at 7 p.m. CT against Ohio State for an opportunity to go to their first Sweet Sixteen since 2014. Tickets are on sale and Coach Mulkey has bought tickets all of the student tickets for LSU students to be able to attend the game for free.

After LSU won nine games last season, Coach Mulkey has led the greatest single season turnaround by a first-year head coach in SEC history. The Hall of Famer Mulkey has commanded LSU Women’s Basketball back into the national spotlight, fueled by an experienced and talented group of players.

In her 22nd season as a head coach, Mulkey has won at least 20 games every year. On Saturday she kept a streak alive; Coach Mulkey has not lost a First-Round NCAA Tournament game since her first year as a head coach in 2000-01. Earlier this season, Coach Mulkey won her 650th career game, becoming the fastest coach in men’s or women’s history to reach that milestone.

Once again, this year fans will have a say in the determining the winner.  Starting March 22 fans can visit www.naismithfanvote.com or on Twitter (@MarchMadnessWBB and @naismithtrophy) to cast their ballot. Voting ends at 6 p.m. EDT on March 29 and fans are limited to one vote per day.  The fan vote will account for 5% of the total vote.