No. 18/20 LSU Falls in Doubleheader at Texas 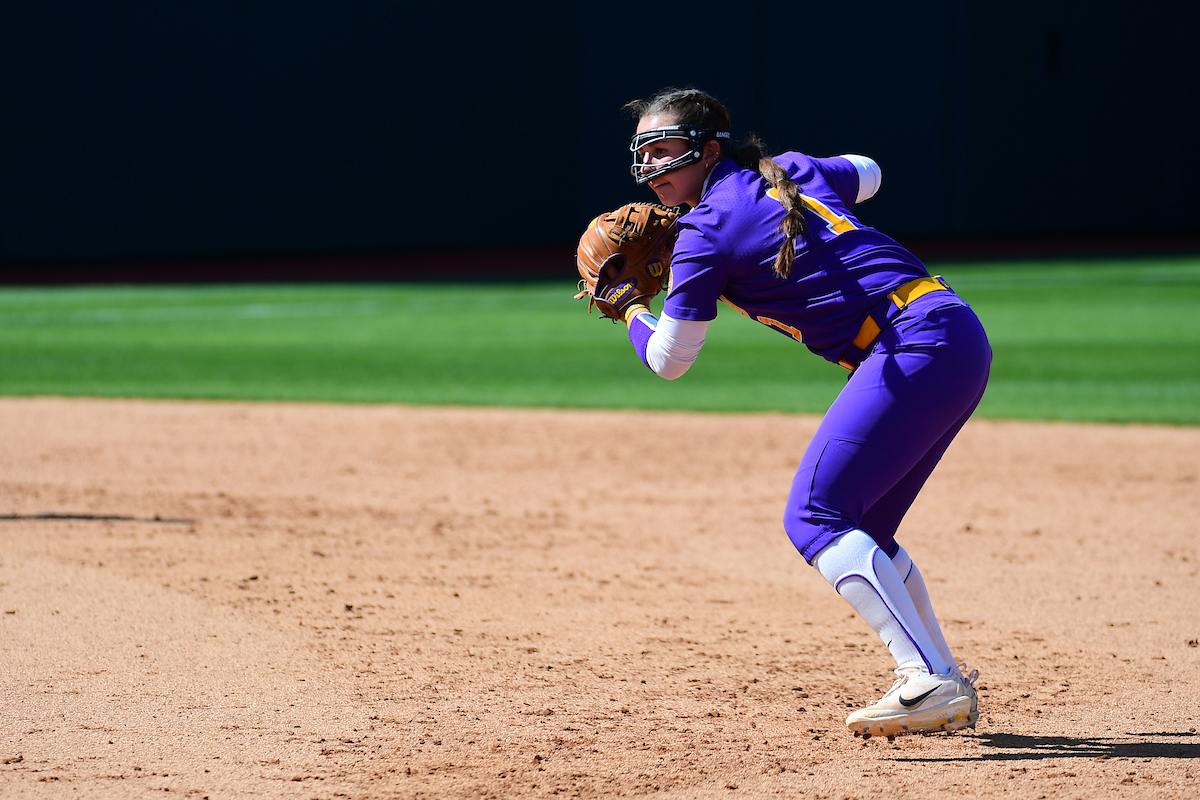 Both sophomore Taylor Pleasants and freshman McKenzie Redoutey went 3-for-3 at the plate and had an RBI, while junior Georgia Clark was 3-for-4 at the dish with a team-high three RBIs. Both Clark and Redoutey had home runs on the day for the Tigers.

The Longhorns struck with a solo shot to left centerfield in the second inning and added another run in the third for an early 2-0 lead. Texas’ freshman Katie Cimusz who homered in the second went yard again in the fourth, and senior Mary Iakopo went the distance in the sixth inning to give Texas a 4-0 lead.

LSU finished with one hit from freshman Sydney Peterson and classmate Raelin Chaffin (4-1) was credited her first loss of the season after throwing 5.0 innings. Junior Shelby Wickersham threw 1.0 to finish the game.

LSU started fast with four extra base hits in the first inning to build a 3-0 lead. Sophomore Danieca Coffey hit a leadoff double and reached third base thanks to a fielding error. She was brought home on sophomore Ciara Briggs’ sacrifice fly to score the first run of the weekend for the Tigers. Pleasants doubled to right center following Briggs at bat, and Clark sent one over the centerfield wall to build the LSU 3-0 lead.

In the second inning, Redoutey logged the Tigers second home run of the game with a shot down the right field line on a 1-1 pitch to make the score 4-0. LSU would stretch its lead to 7-0 with its second three-run stanza in the top of the third, but UT scored two runs in the bottom half to make the score 7-2 through three innings.

The Longhorns cut into the Tigers’ lead by holding them to no runs over the next two frames and scored two in the fourth. LSU struck again for another three-run inning in the sixth highlighted by an RBI triple from Briggs. Texas responded with five runs in the bottom half inning to come within one run, 10-9.

LSU had two base runners in the seventh but could not add to its lead before Texas had its final shot. The Tigers recorded two quick outs with a groundout to shortstop and a flyout to left field, however, a fielding error by the Tigers put the tying run on base. UT’s freshman Mia Scott singled to right field, and with runners on first and second facing a full count, junior McKenzie Parker doubled to left field to plate both runners and seal the walk-off win.

Senior Shelbi Sunseri (5-2) got the start and was handed the loss after throwing 4.1 innings. Sunseri was relieved by junior Ali Kilponen in the bottom of the fourth inning for 1.2 innings, and Wickersham came in to record the final two outs of the frame before Sunseri returned in the seventh.

LSU will return home for a 6 p.m. midweek game on Tuesday, March 22 against Nicholls State before jumping back into SEC play March 26-28 with a three-game series at Arkansas.