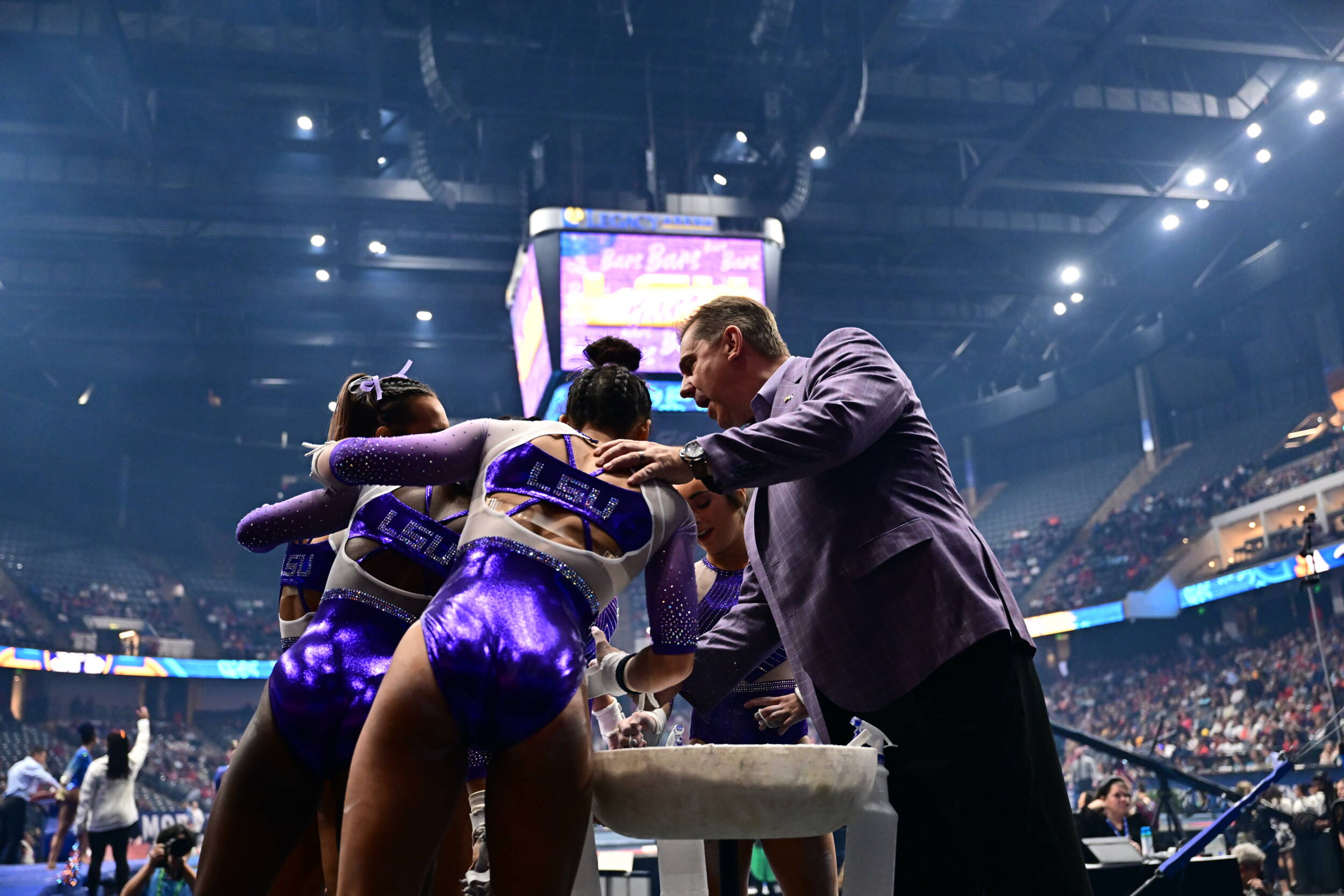 LSU will now await its seeding and placement for NCAA postseason. The selections how will be at 11 a.m. CT Tuesday on NCAA.com.

“There was nothing glaring today or in warmups that indicated this performance was coming,” head coach Jay Clark said. “We were pressing too much and could not settle it down. It snowballed on us, and we could not regain our composure. There is no doubt that it was disappointing.

“We know this is not the end though. We have four more weeks, and we have to get back in the gym and process what happened and fix it. A lot of our goals are still in front of us. I still believe in this team, but we have to reassess everything and use these weeks off to reboot and get it right.”

The Tigers were unable to claw their way into the meet after opening the night with a 48.575 on bars. Haleigh Bryant led the way with a 9.925 on the event followed by Alyona Shchennikova with a 9.90. Olivia Dunne scored a 9.875 and Elena Arenas earned a 9.625. LSU also counted a score of 9.25 from Sami Durante.