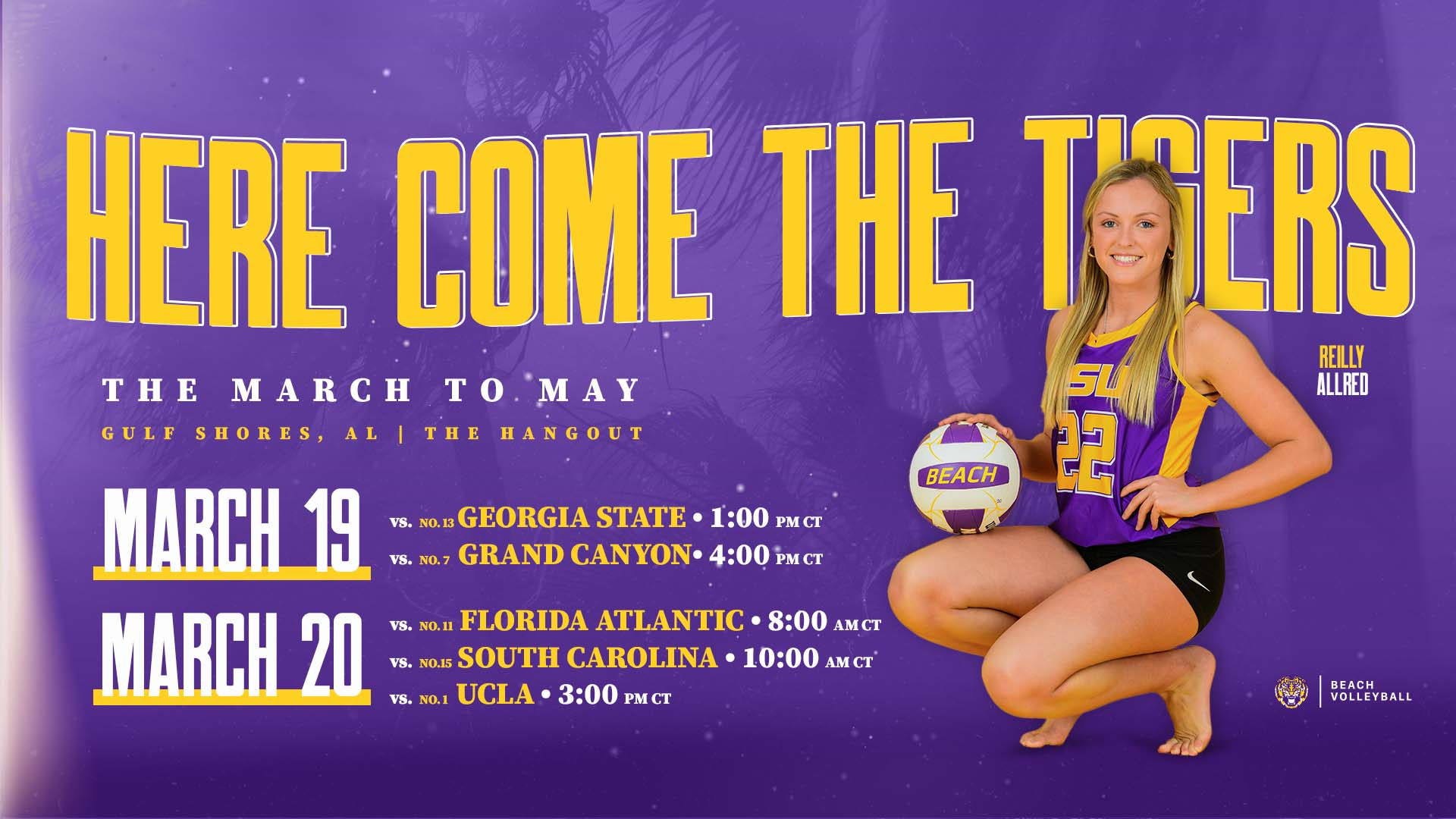 GULF SHORES, Ala. –  The No. 5 LSU Beach Volleyball team will compete in Gulf Shores where it will play five matches over the weekend, all against ranked opponents, including No. 1 UCLA at UAB’s March to May Tournament.

“Another big weekend for us,” said head coach Russell Brock. “I think it’s progressively gotten more challenging, so to head to Gulf Shores, a place where a National Championship will be held and be able to play five ranked teams is going to be a great opportunity to see where we are.”

“I think this is definitely the highest level of competition we have faced so far, particularly as a whole,” said Brock. “The weather should be good, so no excuses. We’re ready and it will be fun to see where it all lands at the end of the weekend.”

LSU has beaten four ranked opponents so far on its way to a 13-0 start, a program record for the best start to a season and will look to continue that success this weekend in Alabama.