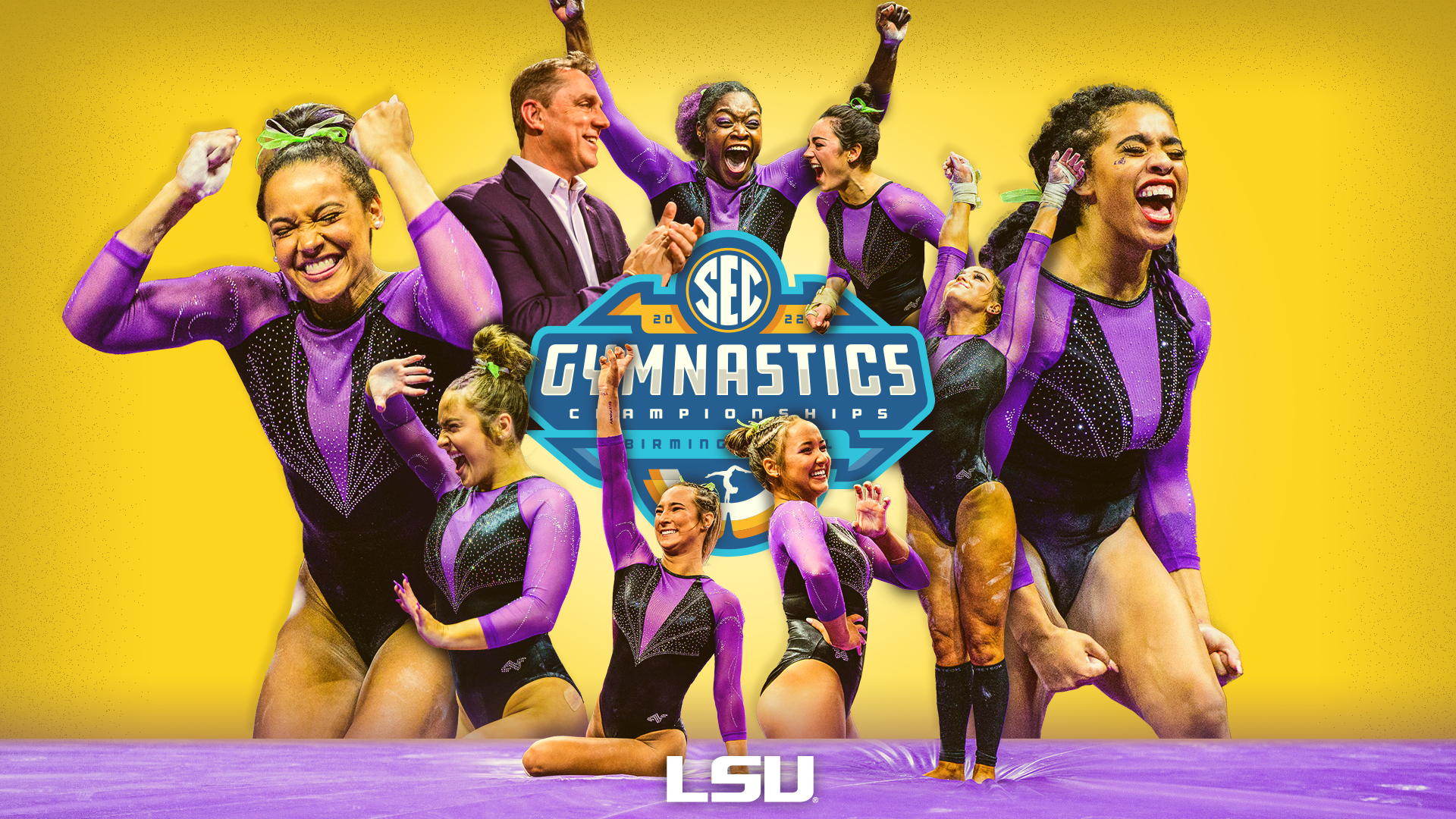 The meet will be televised live on SEC Network with Bart Conner, Kathy Johnson Clarke and Sam Peszek on the call. It will also be streamed live on WatchESPN.com and the app with event specific links to each apparatus so that fans can enjoy all of the action.

As the second seed in the meet, the Tigers will begin on bars and follow with beam, floor and vault. LSU will compete alongside No. 2 Florida, No. 6 Auburn and No. 6 Alabama in the evening session.

The meet will be the final score to count toward the squad’s NQS, which will serve as the seeding for NCAA Championships.

“I think our team is really excited to get in to the arena in front of an electric crowd and just compete,” head coach Jay Clark said. “We will be on floor with some of the top teams in the country, and the message has been to just do our job and everything will follow. It is important to just take one routine at a time and use the energy and momentum in our favor on Saturday night.”

LSU’s History at the SEC Championship
The Tigers will fight amongst the best teams in the country for their fifth league title. LSU captured the SEC title when the Tigers hosted the first championship in 1981.

Gymnasts at the SEC Championships
Twenty-five LSU gymnasts have combined to win 47 SEC titles since 1981. A total of 97
All-SEC honors have been earned over the years and 17 SEC All-Freshman team honors. Sarah Finnegan, Rheagan Courville and Sandra Smith own the record for most SEC titles with five. Finnegan captured back-to-back all-around titles in 2018 and 2019. She also won three event titles in 2019.

Kiya Johnson is the reigning SEC floor champion and Haleigh Bryant and Elena Arenas are the reigning SEC vault champions. Johnson earned the program’s 14th floor title with her perfect score. Bryant and Arenas secured the vault titles with a 9.95 as freshmen in 2021.

Last Time Out
Last week, LSU put together the best performance of the season with a season-high 198.125 against fourth-ranked Utah. The Tigers and Utes went blow for blow on all 24 routines with the home squad ultimately winning. Bryant scored her third 10 of the season and the fifth of her career for the win. She also took the all-around title with a 39.700.

LSU also had outstanding performances from Kiya Johnson who scored a 9.975 on vault, 9.90 on bars and 9.95 on beam. Alyona Shchennikova also delivered a 9.925 on bars for the win and Sarah Edwards scored a career high 9.975 on floor on senior night. The score for LSU helped jump Auburn and Alabama in the polls and secure the No. 2 seed at SEC Championships.