Gymnastics Finishes No. 1 in the Nation in Average Attendance 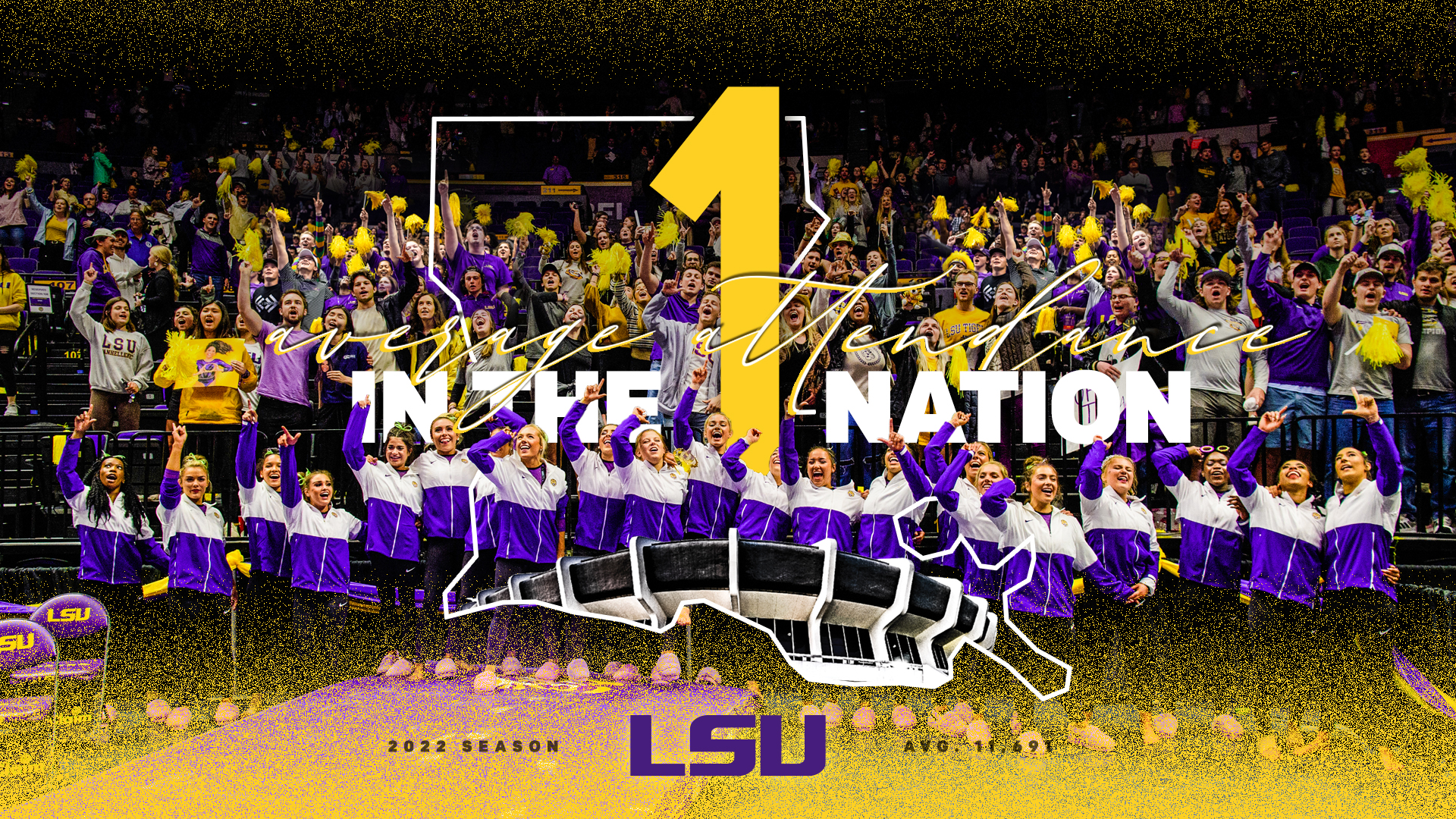 BATON ROUGE – The LSU Gymnastics program has made history by finishing the 2022 season No. 1 in the country in average attendance for the first time in school history.

“This is a true testament to LSU fans and their dedication and passion for our student-athletes and school,” head coach Jay Clark said. “To overtake Utah, who has held on to that record for so many years, is really special. We could not do it without all the people within our program that spend so much time on putting on a special event for our gymnasts and fans. Friday nights in the PMAC have never been better, and that is because of the energy our fans bring every time we take the floor”

More than 10,000 fans attended four of five meets in 2022. LSU sold out the PMAC on February 5 as a crowd of 13,659 watched the Tigers take down Auburn. The crowd marked the second largest in the history of the program. A month later, 12,838 fans attended the meet against Kentucky, which marked the sixth-most attended meet in school history.