Bracken and Deberg Earn CCSA Pair of the Week 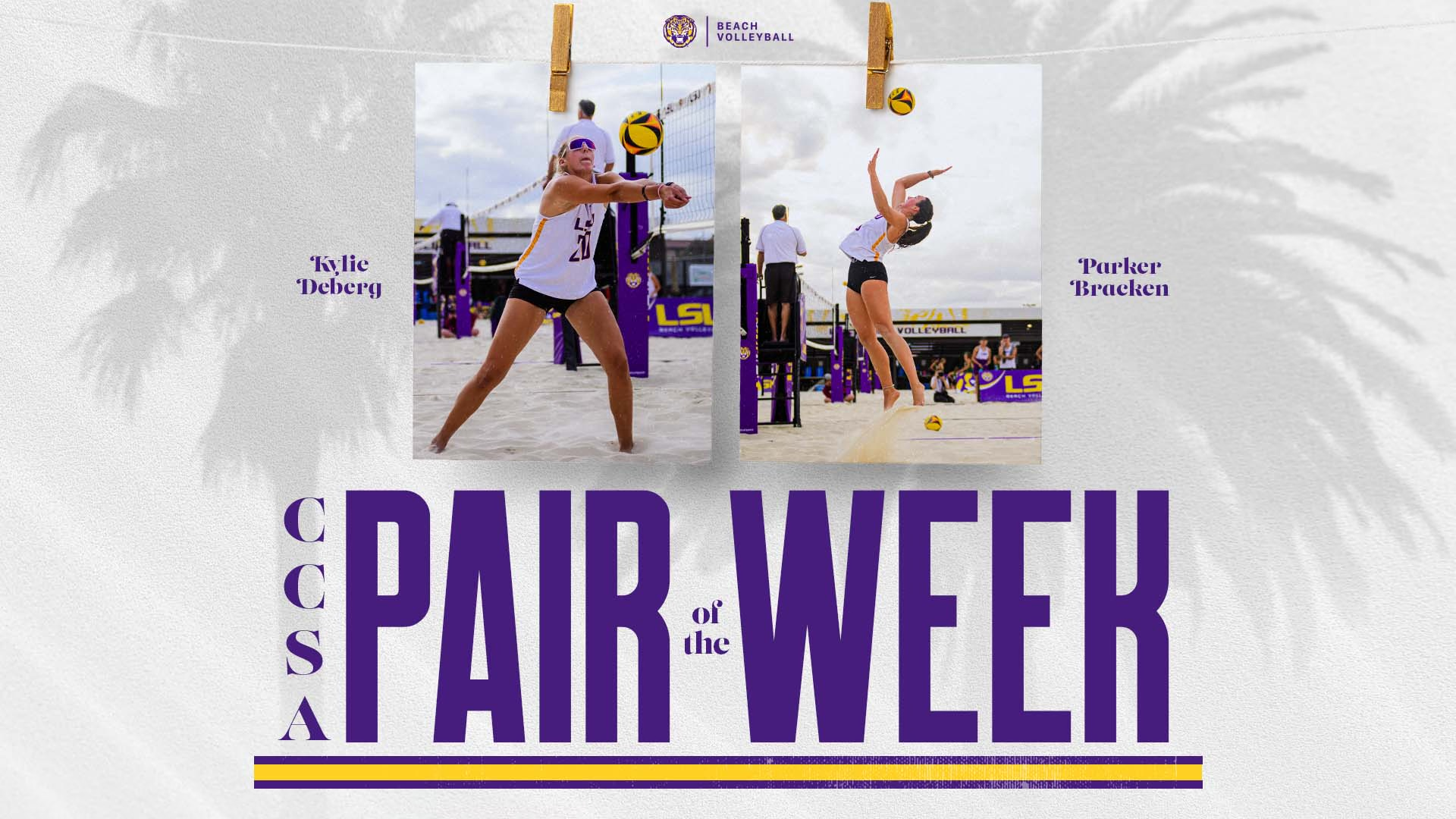 BATON ROUGE – Parker Bracken and Kylie Deberg, LSU Beach Volleyball’s Court 2 pair, went 4-0 over the weekend at the Gamecock Grand Slam in South Carolina and have been named the CCSA Pair of the Week, announced on Wednesday.

The duo was also named AVCA National Pair of the Week on Monday.

LSU competed in South Carolina over the weekend where the pair of Bracken and Deberg helped the Tigers go 4-0, including victories against two Top-20 teams.

The duo is now undefeated on the season and has helped No. 5 LSU improve to 13-0 overall, a program record for the best start to a season. Perhaps more impressive is that the duo is yet to lose a single set in both Bracken and Deberg’s first seasons playing collegiate beach volleyball.

Bracken, a freshman, and Deberg, a graduate transfer from the University of Missouri who played indoor volleyball for both Missouri and LSU, have taken the sand by storm. The duo has aided the Tigers in beating four ranked teams so far this season, including a win over then No. 4 LMU in the Tiger Beach Challenge.

On Friday, Bracken and Deberg started off the day by beating Mercer’s Sydney Benson and Nicole O’Mara, 21-10 and 21-17. Later in the day, the duo helped the Tigers pick up another ranked win by defeating No. 19 South Carolina’s Jordan Smith and Lauren Wilcock, 21-17 and 21-18.

On Saturday, Bracken and Deberg opened the day by beating No. 15 Pepperdine’s Simone Priebe and McKenna Thomas, 21-19 and 22-20. The duo finished the weekend by defeating ULM’s Elizabeth Moreland and Brook Hoven, 21-10 and 21-15.

The Tigers will travel to Gulf Shores this weekend where they will play in The March to May on Saturday and Sunday. While there, LSU will play No. 13 Georgia State and No. 7 Grand Canyon University on Saturday and No. 11 Florida Atlantic University, No. 15 South Carolina and No. 1 UCLA on Sunday.