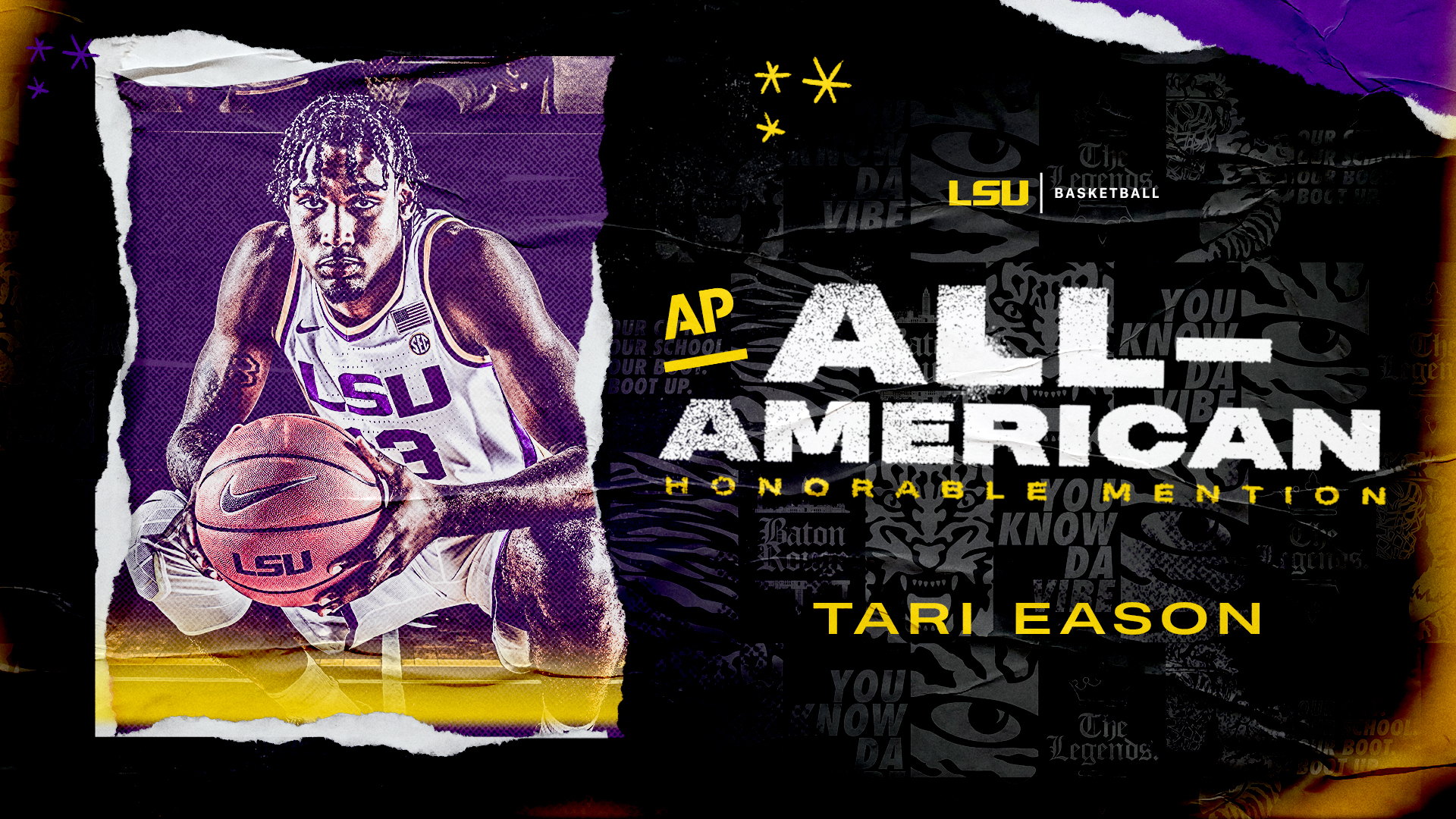 Eason, who was named first-team All-SEC and the league’s Sixth Man of the Year, will be part of the LSU squad that takes part in its third straight NCAA Tournament Friday at 6:20 p.m. in Milwaukee as the No. 6 seed against Iowa State (11).

The game will be broadcast on the affiliates of the LSU Sports Radio Network and televised on TBS.

Eason, who had four 20 point-10 rebound games in SEC play, averaged 17.33 points in the 18 regular season SEC games and for the entire season to date averaged 16.9 points, 6.7 rebounds and 2.0 steals per game. He is sixth in the league ins coring and ninth in rebounds.

The native of Los Angeles had 12 games of 20 points or more with eight of those in SEC play.

The transfer from Cincinnati shot 52 percent from the field, fourth in the Southeastern Conference with 27 treys. He is also at 79.6 percent (144-of-181) from the free throw line.