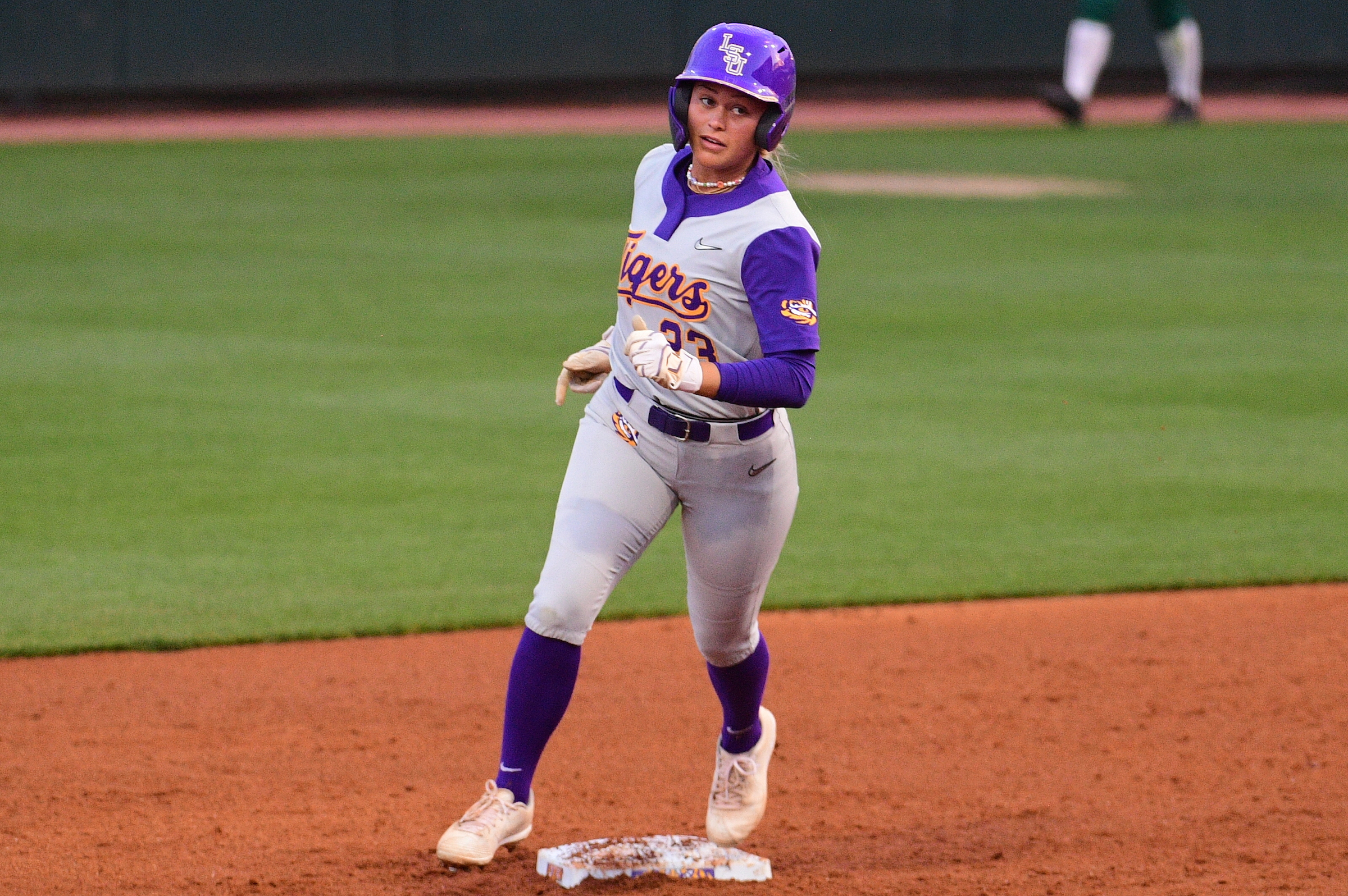 LSU showed its depth as freshman Baylea Brandon led the team with a season-high three hits and five RBIs. Brandon was a triple short of hitting for the cycle. Sophomores Raeleen Gutierrez and Taylor Pleasants both had a pair of RBIs on the night with Pleasants hitting her fourth home run of the season.

Reigning SEC Freshman of the Week Raelin Chaffin improved to 4-0 this season after throwing 4.0 innings with four strikeouts, no walks and two hits. Sophomore pitcher Taylor Edwards came in to close the game in the top of the fifth inning.

The Tigers put one run on the board in the second inning thanks to an RBI single from Brandon. LSU proceeded to score six runs in the third inning highlighted by a two RBI home run from Pleasants, and a three RBI dinger from Brandon to make the score, 7-0.

In the fourth inning Gutierrez dialed up a two RBI double to center field to score Pleasants and sophomore Morgan Smith who both drew walks. Brandon and sophomore Cait Calland followed with a pair of RBI doubles to seal a four-run inning that made the score 11-0 through four frames.

SLU crossed a pair of runs with two outs on the board in the fifth, but the Tigers shut the door with an unassisted out at first base to end the game.

On what she saw from Raelin Chaffin…

“She is a freshman, it takes time. She is getting her feet wet and getting some experience. I am sure she has been fighting through some nerves, but I think she is getting better every day.”

On her performance after being a triple shy of the cycle…

“I was very stoked about it. I worked hard to get my opportunity tonight and I capitalized on it.”

On her three-run home run to right field….

“The first pitch, they threw me in, and I was not expecting it. The next one was out. I knew she was coming back in, and I jumped on it.”

LSU heads to the Lone Star State for a three-game series at Texas March 18-19.