No. 18/20 LSU Set for Midweek Tilt versus Southeastern Louisiana 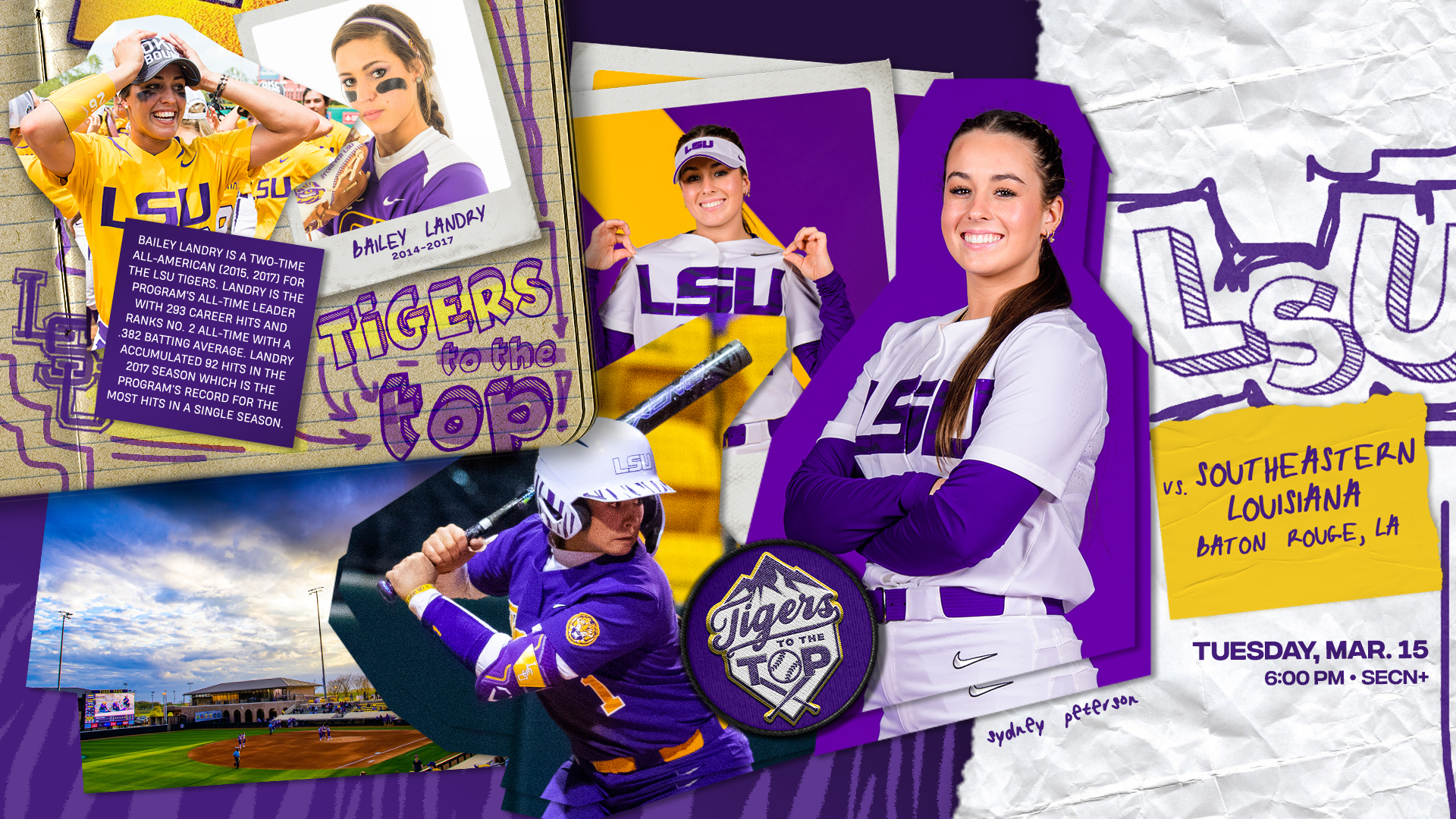 The Tigers are fresh off a 2-1 series win over No. 2 Alabama to open SEC play. LSU hit .280 on the weekend led by junior Georgia Clark’s eight RBIs on four hits, including three home runs. Clark finished the weekend with a .500 batting average. Sophomore Danieca Coffey had a team-high .625 average with five hits on the weekend, and sophomore Raeleen Gutierrez followed with three hits and a .300 average.

This season, LSU is hitting .293 with 27 home runs and a league-leading 107 walks. Defensively, the Tigers have the third lowest opposing batting average in the SEC at .192 and the fourth lowest ERA at 1.86.

Junior Ali Kilponen is 9-3 in the circle this season in 71.1 innings pitched (No. 2 in SEC). Kilponen has a 1.47 ERA with three shutouts and ranks No. 6 in the conference with 63 strikeouts. Senior utility player Shelbi Sunseri is 5-1 on the rubber with a 1.59 ERA, and at the plate, she has eight home runs to go along with her .291 batting average. Freshman Raelin Chaffin (3-0) and Junior Shelby Wickersham (2-3) each have a 2.66 ERA in 23.2 innings and 26.1 innings pitched, respectively. In her last two appearances, Chaffin has logged complete games with a season-high 12 strikeouts vs. Central Connecticut State (March 6) and was one batter shy of a perfect game against No. 2 Alabama (March 12).

The Tigers are 22-1 all-time against Southeastern Louisiana who enters Tuesday’s game as winners in seven of its last 11 games. The Lady Lions sit atop the Southland Conference standings and are 8-5 this season when playing away from their home field.

The SLU offense has a .322 batting average behind 174 hits and 88 RBIs. They have a total of 10 home runs this season led by sophomore Lexi Johnson’s four dingers. Sophomore Cam Goodman is hitting a team-best .426 at the plate with 20 hits and has 14 stolen bases. Junior Madison Rayner has a .407 batting average and a team-high 24 hits and 19 RBIs.

LSU will spend its weekend in the Lone Star State for a three-game series at Texas March 18-19.