No. 25 Men’s Golf Returns to Action at Louisiana Classics 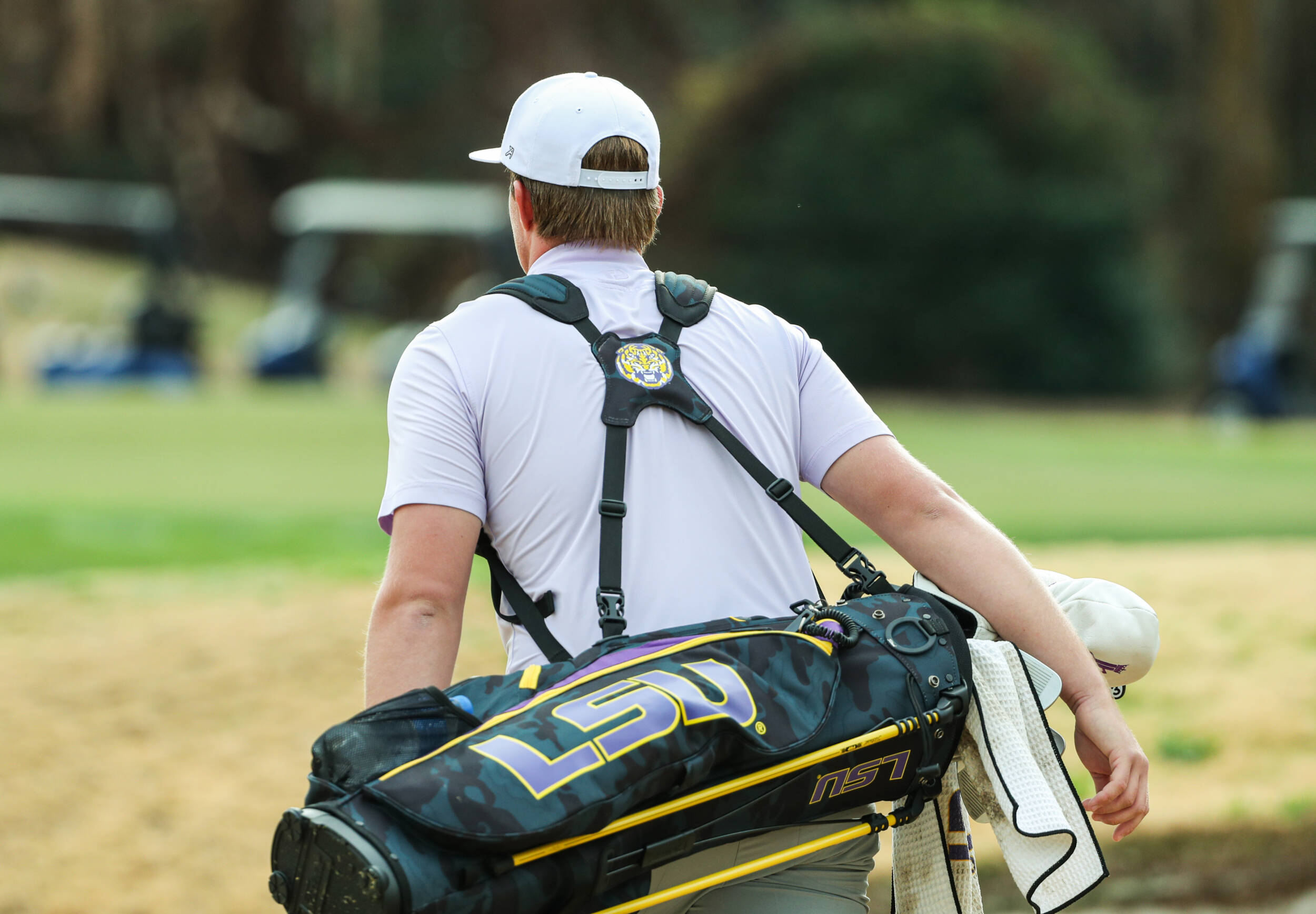 Lafayette, La. – The No. 25 LSU men’s golf team travels west on Interstate 10 to Lafayette to participate in the Louisiana Classics, hosted by UL-Lafayette, at 8:30 a.m. CT on Monday morning at the Oakbourne Country Club.

Fifty-four holes of stroke play will begin on Monday morning, with two rounds of 18 holes set to be played on Monday before play concludes with an 18-hole round on Tuesday. A shotgun start at 7:30 a.m. CT will be used Monday morning and round two is set to begin around 1 p.m. CT. Tuesday’s final round will begin at 7:30 a.m. CT with tee times off of holes No. 1 and No. 10. Tuesday’s final round will be broadcasted on ESPN+ and can be viewed here. Action will take place at the par 72, 6,898-yard Oakbourne Country Club.

The Lineup
LSU will use the exact same lineup that won a week ago with Garrett Barber in the 1, Trey Winstead in the 2, Nicholas Arcement in the 3, Cohen Trolio in the 4, and Michael Sanders in the 5. Connor Gaunt, Hayden White, and Drew Doyle will compete as individuals. The Tigers join a 16-field team that includes host team UL-Lafayette, Houston, Illinois State, Kansas State, Lipscomb, Little Rock, Louisiana Tech, Michigan, Mississippi State, North Texas, No. 17 Ole Miss, Rice, Sam Houston, No. 21 Texas A&M, and UTSA.

The Tigers are fresh off a wire-to-wire victory at the Lamkin Grips San Diego Classic last week, where they shot a 37-under 827 to win by eight strokes over No. 8 Washington. In relation to par, LSU’s 37-under 827 ranked as the third lowest team tournament score in program history. In the individual competition, Arcement claimed the first medalist honor of his collegiate career as he claimed a wire-to-wire win with a 13-under 203, the 5th lowest individual tournament score in program history. Arcement’s individual success was rewarded by the SEC office, who named him their Golfer of the Week last week.