LSU Women Play Host to NCAA Tournament as No. 3 Seed 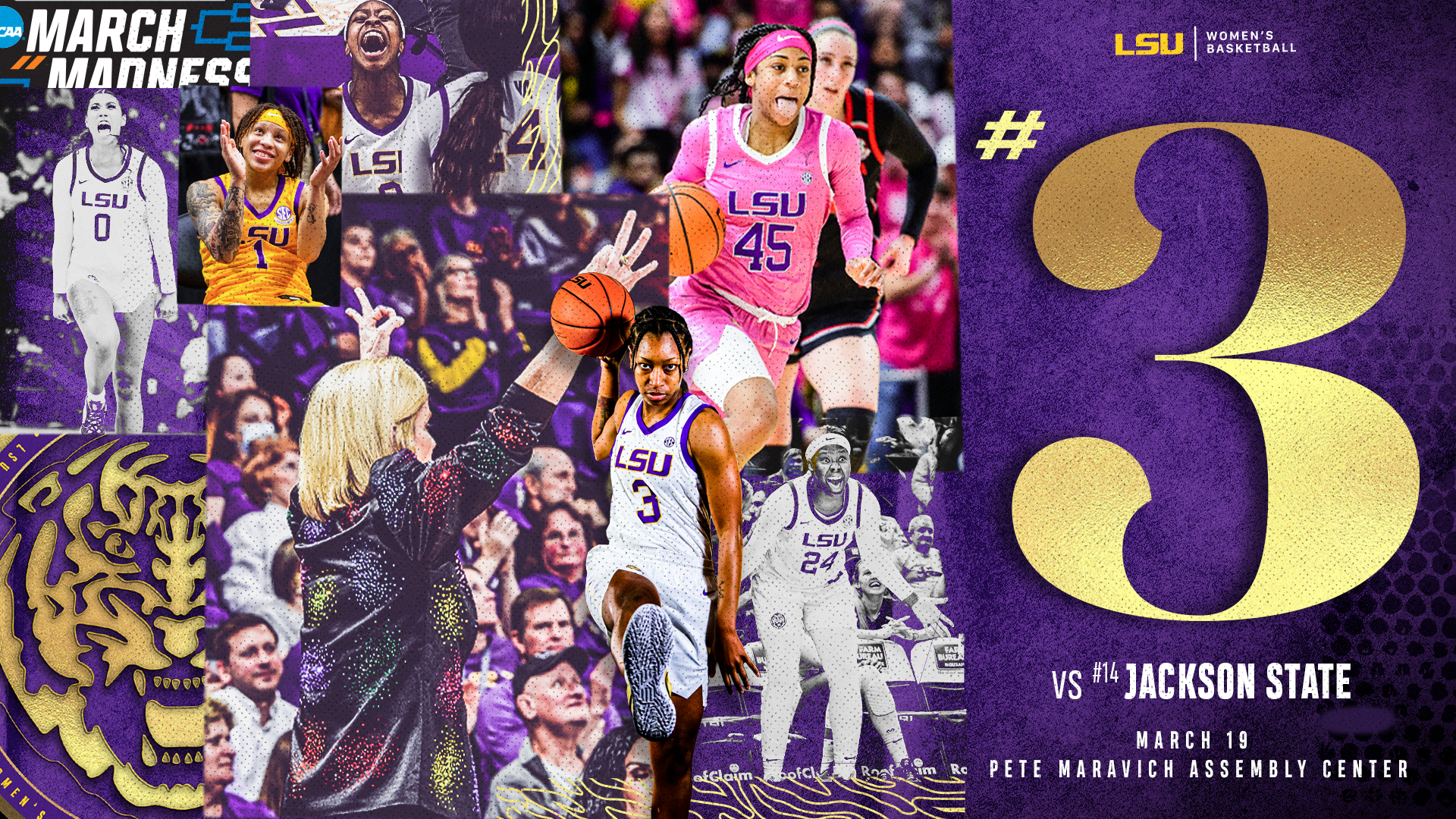 BATON ROUGE – The LSU Tigers (25-5) are the No. 3 seed in the Spokane Region of the NCAA Women’s Basketball Tournament and will play host to No. 14 seed Jackson State inside the Maravich Center on Saturday at 4 p.m. CT on ESPNU.

The PMAC will also play host to an inaugural Women’s First Four game on Thursday at 8 p.m. CT on ESPN2, as No. 11-seeds Missouri State and Florida State square off for a chance to face No. 6 seed Ohio State in the first round on Saturday at 1:30 p.m. CT on ESPN.

First-round winners will square off in the second round on Monday at the PMAC.

Tickets will go on sale to the public on Tuesday at 10 a.m. CT at LSUtix.net.

LSU is in the NCAA Tournament for the first time since 2018 when the Tigers were a No. 6 seed, also in the Spokane Regional. The last time LSU was a No. 2 seed was in 2008 when the Tigers went on a run to their most recent Final Four. LSU has not hosted first and second round games since 2014 when it was a No. 7 seed.

In Coach Kim Mulkey’s first season leading the Tigers, LSU has exceeded expectations. After winning nine games last season, LSU has won its most games in a season since 2007-08. Coach Mulkey has brought a life back into a program that once went to five consecutive Final Fours. LSU’s improvement from last season to this season is the greatest turnaround by a first-year head coach in SEC history.

The Tigers showed great potential early in the season and jumped into the AP Poll following their first ranked win over No. 14 Iowa State on national television. Riding an 11-game win streak into conference play, LSU opened SEC play with a road victory at No. 13 Georgia before defeating No. 23 Texas A&M at home. LSU’s win streak was snapped against No. 1 South Carolina in a game where the Tigers competed from start to finish against the nation’s top team. Closing the regular season with eight straight wins, LSU took down No. 17 Georgia and No. 17 Florida at home and No. 16 Tennessee on the road in the regular season finale to earn second place in the SEC.

LSU is hopeful to have Morris back to the court. She suffered a sprained MCL on Feb. 24 against Alabama and has been rehabbing to be ready for the NCAA Tournament.

In the post, Faustine Aifuwa and Autumn Newby have played physical basketball with great defense and elite rebounding. They have been playing some of their best basketball late in the season.