Sixth-ranked LSU struck for 11 runs on 11 hits in the first three innings Sunday, as the Tigers posted a 15-0 victory over Bethune-Cookman in Alex Box Stadium, Skip Bertman Field. 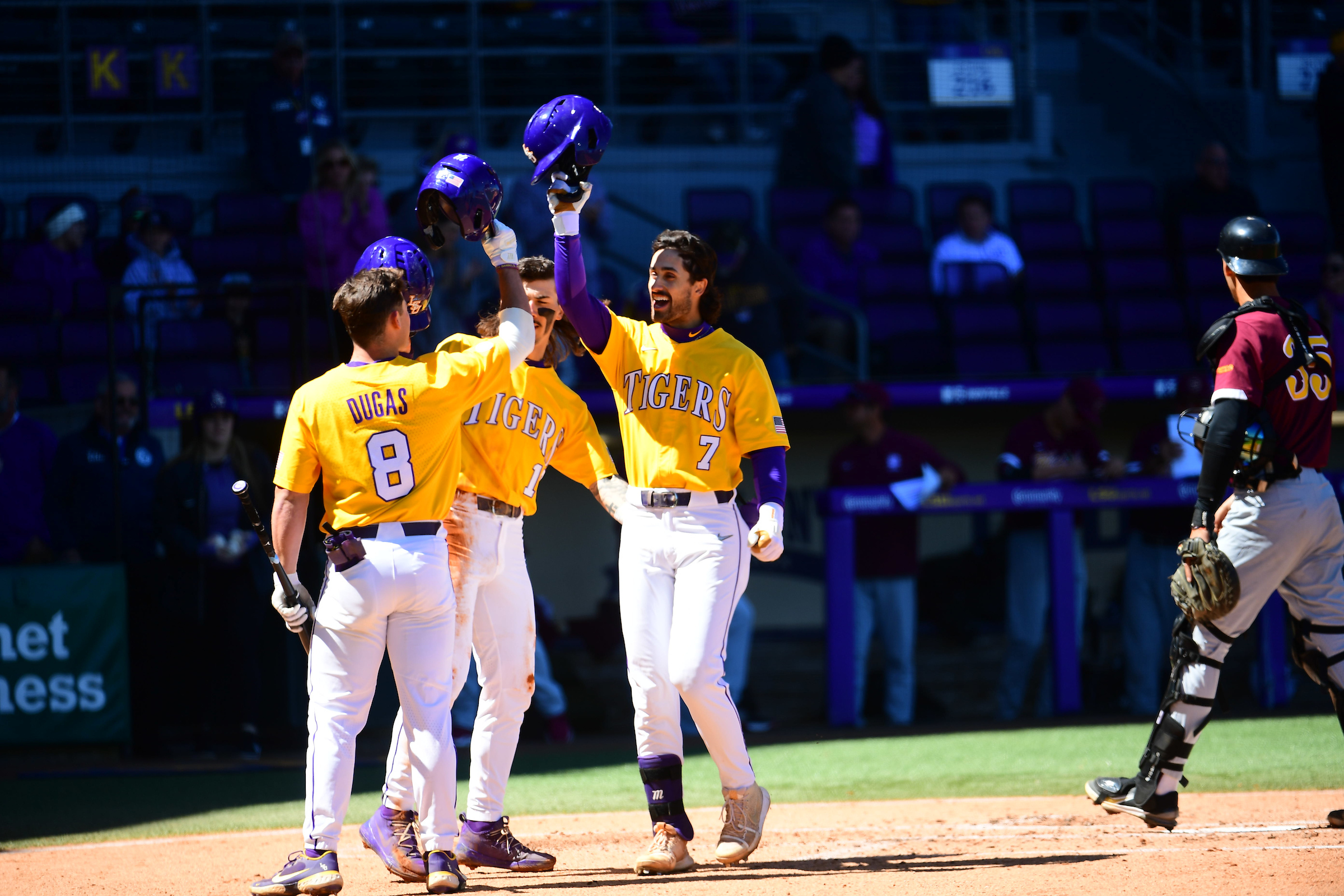 LSU improved to 13-3 on the season with its fourth straight win, while the Bethune-Cookman fell to 5-10 on the year.

The Tigers’ next contest against Tulane is set for a 6:30 p.m. CT start Tuesday night at “The Box.” It can be heard on the LSU Sports Radio Network affiliates, and it will be streamed on SEC Network +.

LSU starter Ma’Khail Hilliard threw 4.2 perfect innings before B-CU third baseman Jeremy Garcia singled up the middle in the top of the fifth. Hilliard delivered an impressive performance, tossing six innings while only allowing two hits and no runs with six strikeouts.

“Any time you don’t let them score, it makes it much easier to win,” said LSU coach Jay Johnson. “A really good outing by Ma’Khail today, we really needed that to allow us to level off our pitching staff. We played four games in five days, and we had to push some pitch counts up earlier in the week, so to have Ma’Khail throw the ball so well today was tremendous for us.”

In the bottom of the first, sophomore third baseman Jacob Berry began the hit parade with an infield single. Doughty continued the hot start with a double to the left-centerfield gap, which advanced Berry to third. Designated hitter Brayden Jobert and Thompson followed through with two RBI singles, giving the Tigers a 3-0 lead.

“Jordan Thompson is a great player,” Johnson said, “and I feel great when he’s coming up to the plate. He’s had some bad luck this season with hitting some balls hard by right at people. He’s worked hard the past couple of days, made a small adjustment that really paid dividends today, and I was the least surprised person in the park today that he went 4-for-4 knowing the work that he’s put in recently.”

DiGiacomo came to the plate following Thompson’s single and crushed a two-RBI dinger to right field. The home run was DiGiacomo’s second on the young season.

LSU’s five-run second inning was anchored by three doubles, a single and two hits-by-pitch. The Tigers began the inning with a hit-by-pitch from catcher Tyler McManus and a double to center field from first baseman Tre’ Morgan. Crews drove in both runs with a single, pushing the LSU lead to 7-0.

After Berry reached on a fielder’s choice and Doughty was hit by a pitch, Jobert and Thompson ripped back-to-back doubles for three RBI. LSU struck again in the bottom half of the fifth, as Doughty smoked a ball to left field for a three-run dinger.

LSU added a run in the sixth on centerfielder Drew Bianco’s RBI double.