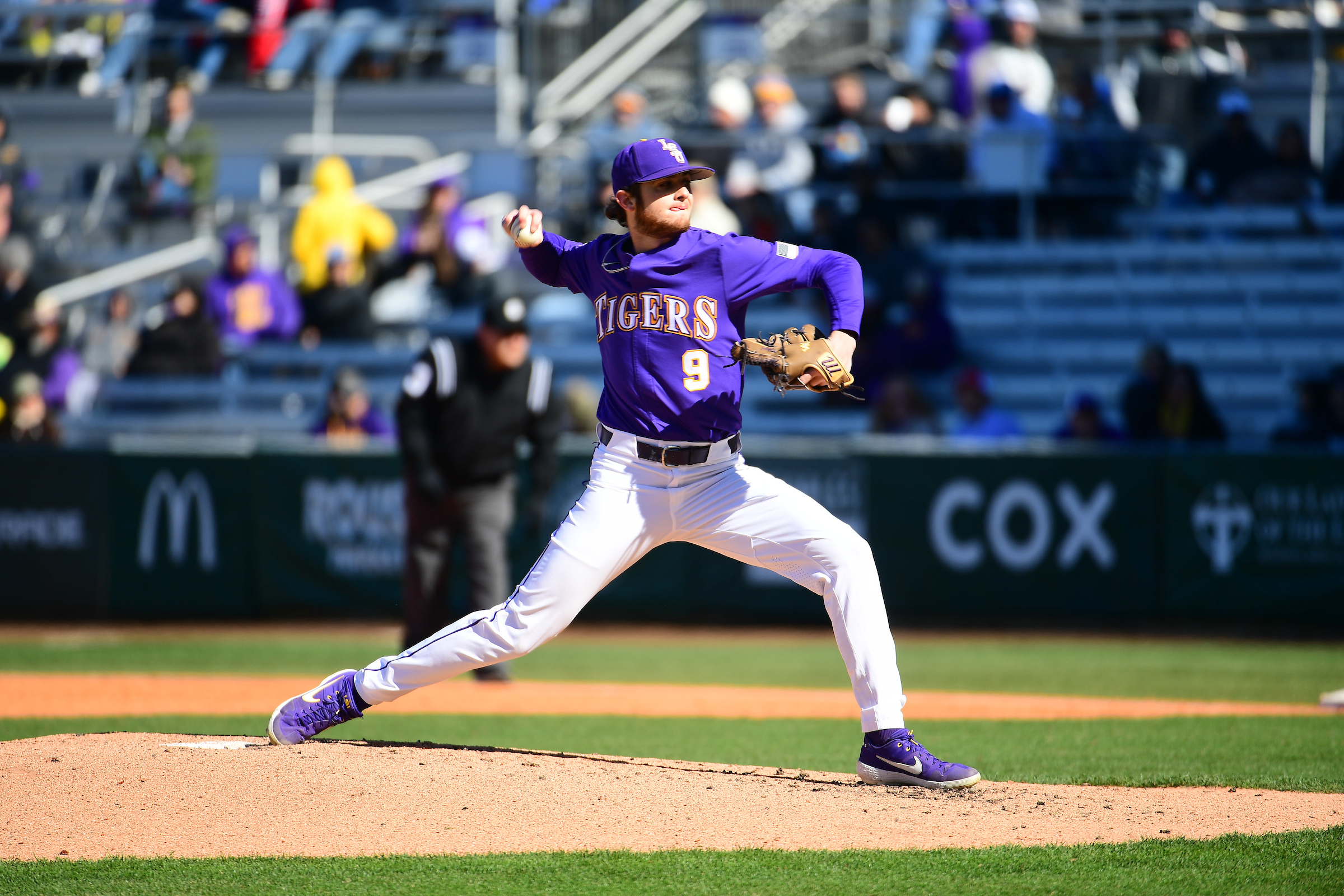 LSU improved to 12-3 on the year, while Bethune-Cookman dropped to 5-9. The teams meet in Game 3 of the series at 1 p.m. CT Sunday, contest that may be heard on LSU Sports Radio Network affiliates and viewed on SEC Network +.

Floyd also recorded eight strikeouts in Game 3 of the opening series of the season (Feb. 20) versus Maine.

Reliever Eric Reyzelman earned his first save of the season by working the final three innings and allowing only two hits with no walks and seven strikeouts.

Third baseman Jacob Berry was 2-for-4 at the plate with a two-run homer, his eighth dinger of the season.

“We got great performances on the mound today from Ty and Eric,” said LSU coach Jay Johnson. “They were in the strike zone all day long, it seemed like there was a 1-2 count on every hitter. It was great to be pitching ahead in the count, and it was great not to give them any kind of momentum.”

The Tigers opened the scoring in the bottom of the first inning with Berry’s towering home run to right field that hit the top of LSU’s “Intimidator” billboard. The official distance on Berry’s dinger — which scored sophomore Dylan Crews — was 442 feet.

“Offensively, we got the big swing by Jacob in the first inning, and we later had some very good at-bats with runners in scoring position,” Johnson said. “It was great to see the guys take mature at-bats with scoring opportunities.”

B-CU responded in the top of the third with right fielder Franki Febles scoring on an error. LSU immediately extended the lead in the bottom half of the fourth after right fielder Giovanni DiGiacomo reached base on a walk and catcher Hayden Travinski ripped a double into the right-centerfield gap, scoring DiGiacomo.

Second baseman Cade Doughty extended the LSU lead in the bottom of the fifth with a ringing double to right-center that brought Berry home. With Doughty at second, designated hitter Brayden Jobert came to the plate and smashed a single through the left side to score Doughty.