No. 5 Tigers Win Both Games on Day One of Gamecock Grand Slam 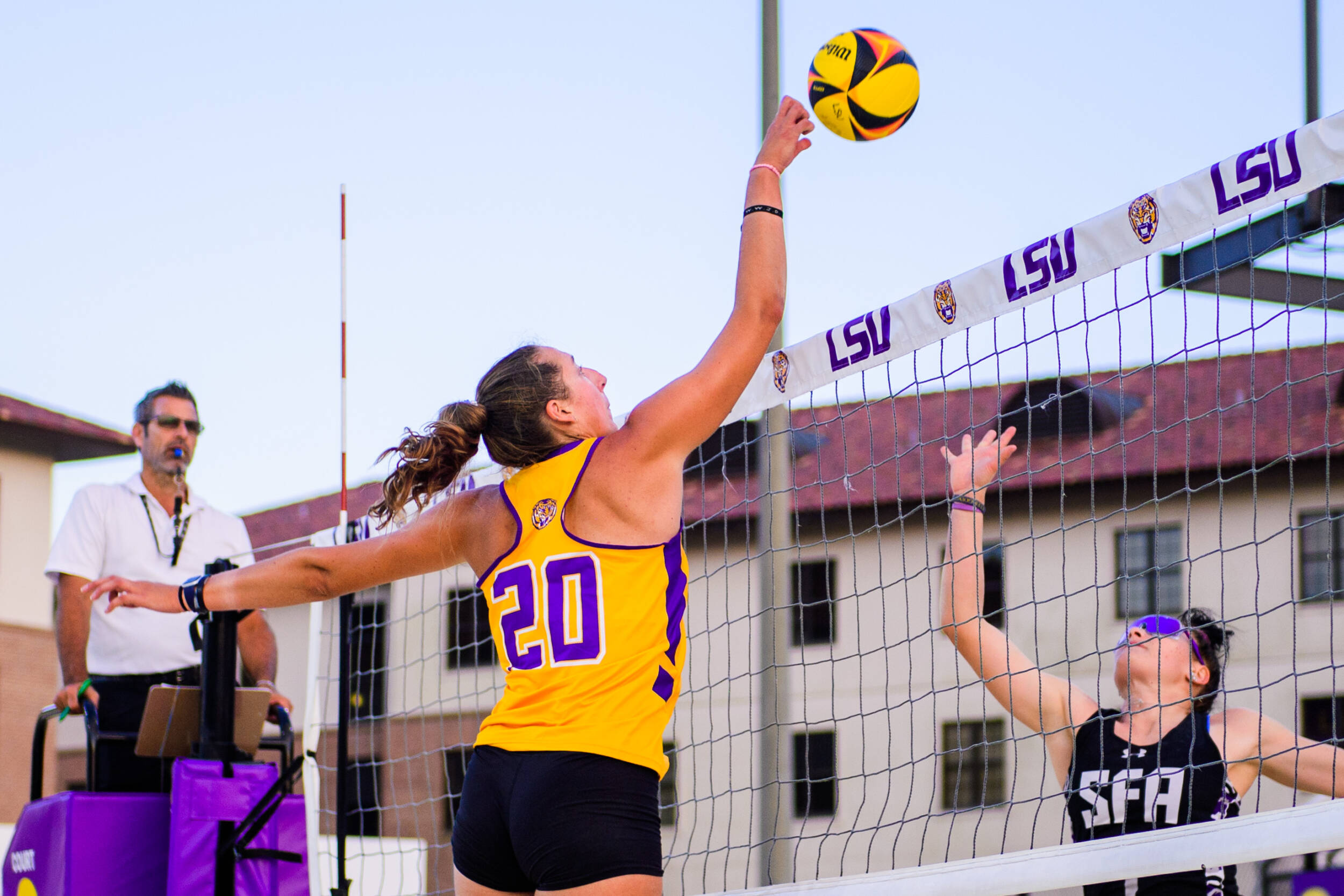 Columbia, S.C. – The No. 5 LSU Beach Volleyball team won both its matches on Friday at the Gamecock Grand Slam.

The day started for LSU with a 5-0 sweep over Mercer. After a brief break, The Tigers were back in action for a top-20 matchup with No. 19 South Carolina, which they won, 4-1.

“Good day today. The weather was not enjoyable, but the play was as good as we can hope it could be at this point in the season,” said head coach Russell Brock. “The first match was smooth across the board, and everyone played great. In the second match, we knew South Carolina was going to battle us. To be able to fend them off and put ourselves in a position to win and finish well was a great job.”

LSU with start Saturday by playing No. 15 Pepperdine at 8 a.m. CT and then play Louisiana-Monroe at 12 p.m. before heading home.

“Starting off with Pepperdine tomorrow and we know the weather is going to be bad,” said Brock. “We have to come out ready to play a really good game. ULM is an in-state rival that is going to play us tough as well. It’s a big day tomorrow and we are looking forward to the competition.”

The Tigers started with a 5-0 sweep over Mercer in their first game of the tournament. Courts 4 and 5 both had dominant victories to set the tone for the match. The pair of Grace Seits and Kelli Greene-Agnew on Court 4 won 21-2 and 21-8. On Court 5, Allison Coens and Lara Boos won 21-8 and 21-10.

The Court 1 pair of Ashlyn Rasnick-Pope and Bella Bauman won both sets by a score of 21-15. On Court 2, Parker Bracken and Kylie Deberg continued their perfect season, winning in straight sets, 21-10 and 21-17. The Court 3 pair of Holly Carlton and Reilly Allred completed the sweep for the Tigers, winning 21-14 and 21-13.

The Court 1 pair of Rasnick-Pope and Bauman were unable to coming away with the victory, losing 21-16 and 21-17. The pair of Bracken and Deberg on Court 2 clinched the victory for the Tigers in the match, winning 21-17 and 21-19. After a thrilling first set in which they won 33-31, the Court 3 pair of Carlton and Allred won the second set, 21-14, as LSU walked away with a top-20 victory.