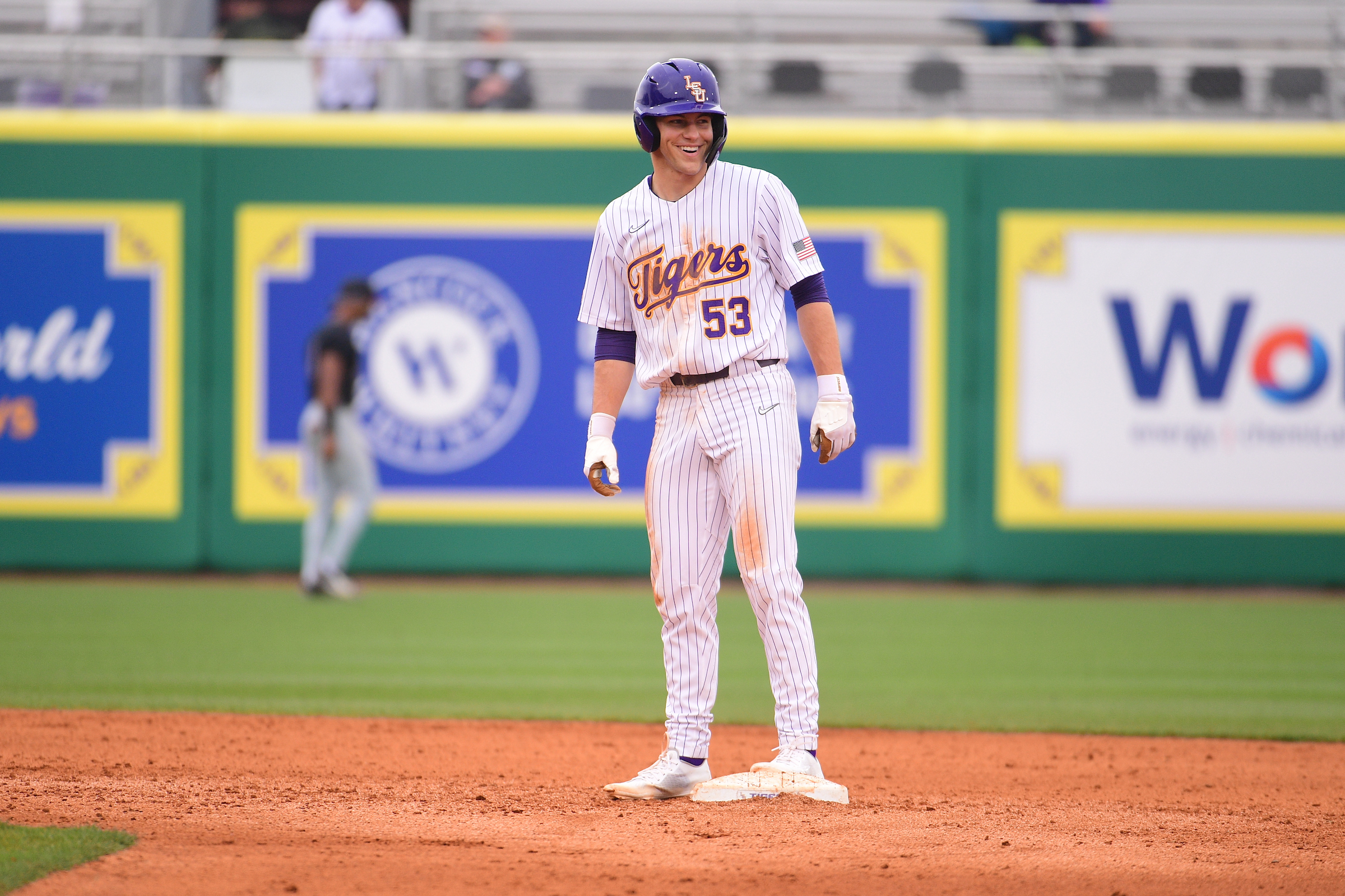 The sixth-ranked Tigers, who trailed 6-2 entering the bottom of the fifth inning, improved to 11-3 on the season, while Bethune-Cookman dropped to 5-8.

The teams meet in Game 2 of the series Saturday at 2 p.m. CT in a contest that may be heard on LSU Sports Radio Network affiliates and viewed on SEC Network +.

LSU opened the scoring in the first inning by scratching two runs across after second baseman Cade Doughty launched a two-run dinger to left field. Junior right fielder Jacob Berry reached base in the previous at-bat with a single into center, and LSU led 2-0 after one inning.

Following four perfect innings from LSU starter Blake Money, the Wildcats collected six runs in the top of the, an outburst highlighted by a three-run homer from rightfielder Franki Febles.

The Tigers tied the game in the bottom half with four runs, as the rally was highlighted by a Berry two-run homer, a bases-loaded walk by shortstop Jordan Thompson and a bases-loaded  hit-by-pitch by pinch hitter Josh Pearson.

“After their big inning, I told our team we can win this game as long as we don’t try to do too much,” said LSU coach Jay Johnson. “Our players stayed within themselves and stayed with the plan, and we had some very good at-bats that got us back into the game.”

The score was tied at 6-6 in the bottom of the sixth when LSU centerfielder Dylan Crews hit his third home run of the season, and the Tigers led 7-6.

B-CU knotted the game again in the seventh when Febles collected a single, advanced to second on a sacrifice bunt and was driven in on a single from shortstop Matthew Garcia.

In the bottom of the seventh, designated hitter Brayden Jobert led off the inning with a walk, and with one out, Thompson also drew a walk. Merrifield then singled to drive in the deciding run.

“When I was hired here, one of the first things I did to was make sure Devin was returning to our team for another year,” Johnson said. “The back end of the bullpen is such an important piece, and when you win close games like this, it does a lot for the confidence of your team. Devin pitched with great tempo today, threw a ton of strikes, and that’s a big lift for our team.”