Gymnastics Scores Season High in Win Over No. 4 Utah 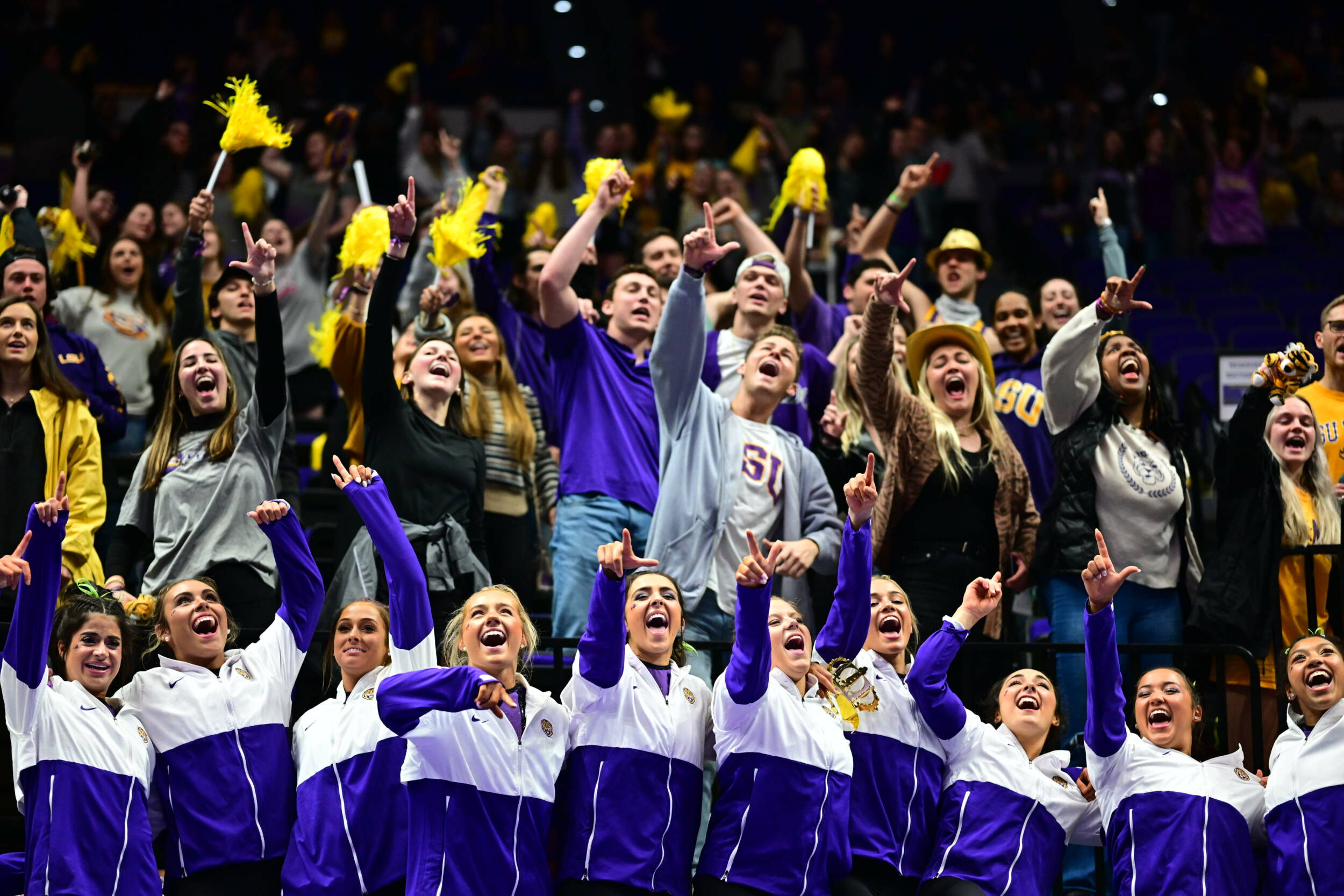 The Tigers defeated the Utes, who scored a 197.875, in a thrilling meet in front of a crowd of 10,845. LSU officially finished No. 1 in the country in average attendance for the first time in school history. The Tigers overtook Utah, who held the No. 1 ranking since 2004, for the top spot in the country.

Haleigh Bryant started the final home meet with a perfect score on vault. The 10 marked the fifth in her career. She is now four away from tying the record for career perfect scores.

“We really needed this meet,” head coach Jay Clark said. “We needed to have this type of performance after last week and all the things that we’ve had stacked against us. The biggest challenge was believing it. This was the best meet we have had all year and sustained energy throughout.”

Bryant won the vault with a perfect score as well as the all-around with a 39.700. Alyona Shchennikova scored a 9.925 for the win on bars and Sarah Edwards had a 9.975 on floor to win the event.

LSU opened on fire with a 49.525 on vault for a new season high, punctuated by Byrant’s perfect score. Elena Arenas led the meet off with a 9.90 and stick on her Yurchenko Full. Shchennikova and Sarah Edwards followed with a 9.80 and KJ Johnson scored a 9.85 on her stuck Yurchenko Full. Kiya Johnson just missed out on a perfect 10 on vault with a season-high 9.975 but she set her teammate Bryant in the anchor spot.

The Tigers scored a 49.425 to extend their lead at the halfway point. Kiya Johnson started the rotation with a 9.90 and Arenas followed with a 9.875. Bryant gave the Tigers a 9.90 in the fourth spot followed by Shchennikova’s 9.925 and 9.825 from Sami Durante.