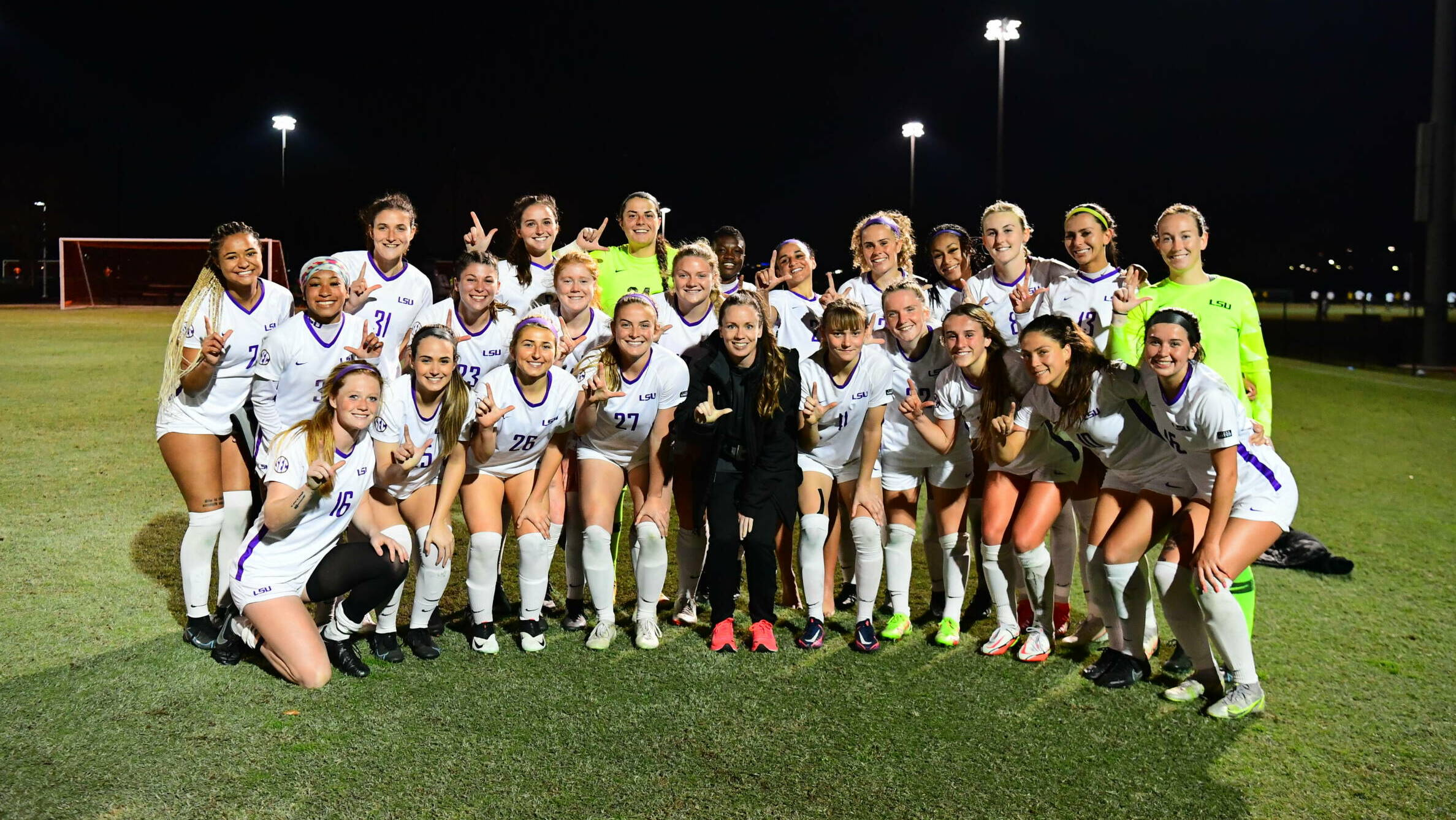 Houston, Texas – The LSU soccer team faced off against the Houston Dash of the National Women’s Soccer League on Thursday night in Houston.

It was LSU’s first exhibition contest of the spring while the Dash closed out their exhibition schedule before the NWSL Challenge Cup officially begins their season on March 20. In what was an invaluable experience for the Tigers, the Dash came away with a 5-1 win.

“Lots of positives to take away from the game,” LSU head coach Sian Hudson said after the match. “We learned from some of our early mistakes and grew in confidence as the game went on.

“It was a great opportunity for our players to test themselves at the highest level. We’ll take a lot of confidence out of this, and now we look ahead to the rest of our spring schedule. We’ve set ourselves some pretty steep goals for this spring, so really excited to continue trending in the right direction.”

LSU’s goal came in the second half off the foot of Brooke Cutura. Jordan Johnson picked up the assist thanks to a delicately placed through ball that found Cutura on the other side of it and Cutura finished it off with a one touch off the outside of her foot for the score.

“Me and the whole team are truly grateful and blessed we go this opportunity to compete against professionals,” Cutura said after the match. “It’s something I won’t ever forget and I’m happy to have had this moment. The biggest takeaway I had from the match was the speed and discipline the pros play with.”