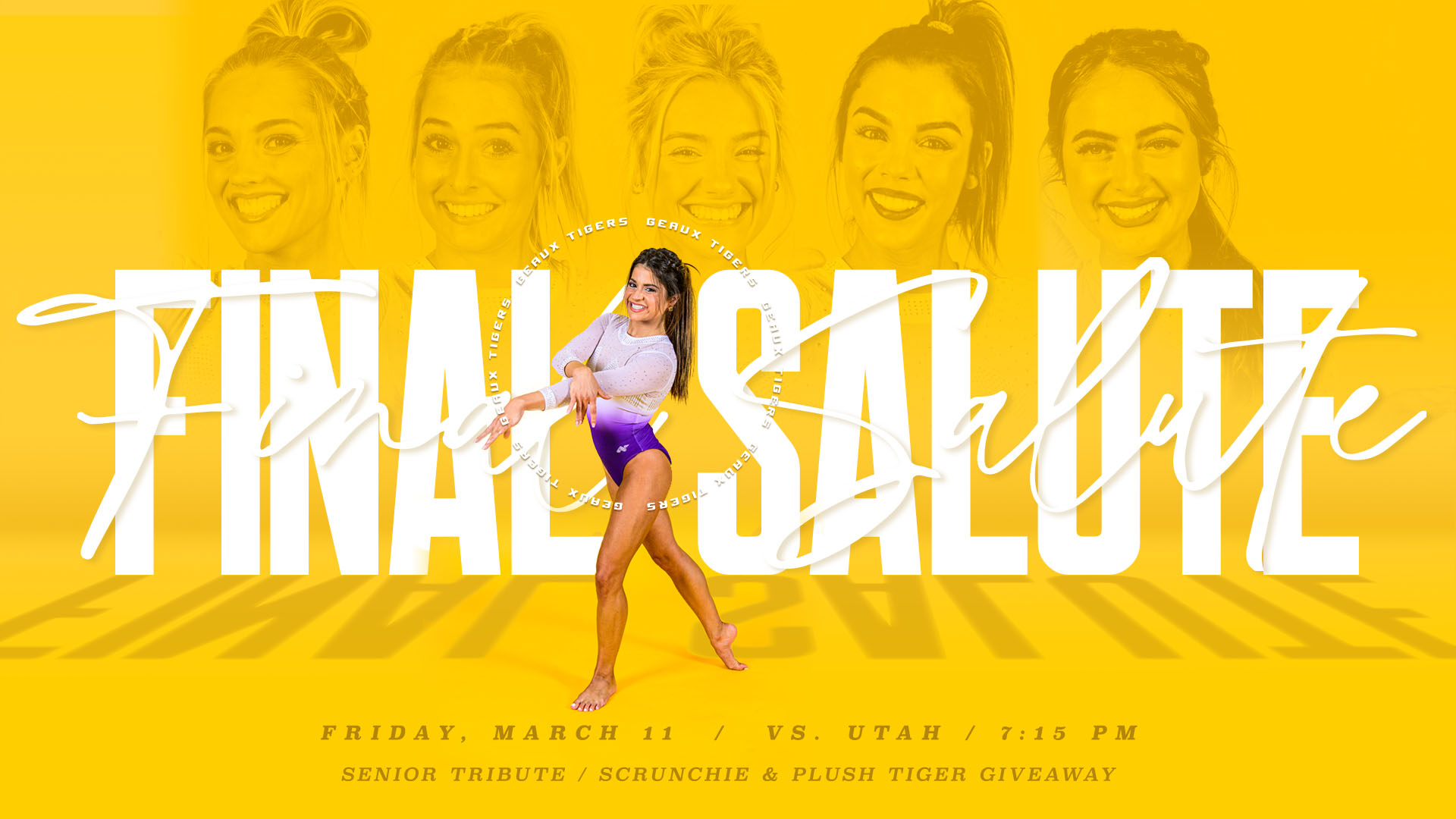 BATON ROUGE – Two of the premier teams in the nation will face off inside the PMAC on Friday night when No. 7 LSU takes on No. 4 Utah at 7:15 p.m. CT in the regular season finale.

There are a limited amount of general admission tickets still available at LSUtix.net. Student tickets are free and the entrance is on the upper west side of the arena. Doors to the arena will open at 5:45 p.m. for all fans. The first 250 students will receive a 3-finger combo from Raising Canes. There will also be 500 LSU Gymnastics scrunchies and mini plush Tigers.

The meet will be streamed live on SEC Network+ through WatchESPN.com and the app. Lyn Rollins and former All-America gymnast Kaleigh Dickson Abboud will call the top-10 meeting.

“It is hard to believe this is the last regular season meet,” head coach Jay Clark said. “This is going to be one of our final opportunities to improve our ranking before SEC Championships and NCAA postseason as well as fine tune our lineup. There are some injuries that we are working through, but I know this team will take the feeling left from last week and use it as an opportunity to get better against one of the top teams in the nation.”

On Friday night, the LSU coaching staff will be supporting the Utes’ Little to Legendary campaign by donating $22 for each stuck landing by the squad. The money will support the Ty Jordan and Aaron Lowe Memorial Scholarship Funds, which was started after the death or Jordan and Lowe in an accidental shooting of the two football players last fall.

This will also mark the final meet for LSU fifth-year seniors Sami Durante, Bridget Dean, Christina Desiderio, Reagan Campbell, and Sarah Edwards as well as Rebecca D’Antonio. The group has been a part of some of the greatest years in the history of the program with multiple SEC Championships and an NCAA Runner-Up finish in 2019.

Kiya Johnson and Haleigh Bryant are two of the top all-around gymnasts in the nation and expected to compete on Friday night with Johnson slated for vault, bars and beam and Bryant in the all-around. Johnson’s status was in the air this week as she recovered from a calf injury. Bryant has progressed well after working through a foot injury. She is coming off of a career-high all-around score of 39.75, which included a 9.95 on vault and career high 9.95’s on bars and beam.

After just competing on bars the last two weeks, Alyona Shchennikova will return to the vault, bars and floor lineup.. The Tigers will once again be without Kai Rivers as she works through a shoulder injury. Rivers will be limited to beam and return to the lineup for the first time since the Tigers’ meet three weeks ago against Alabama.