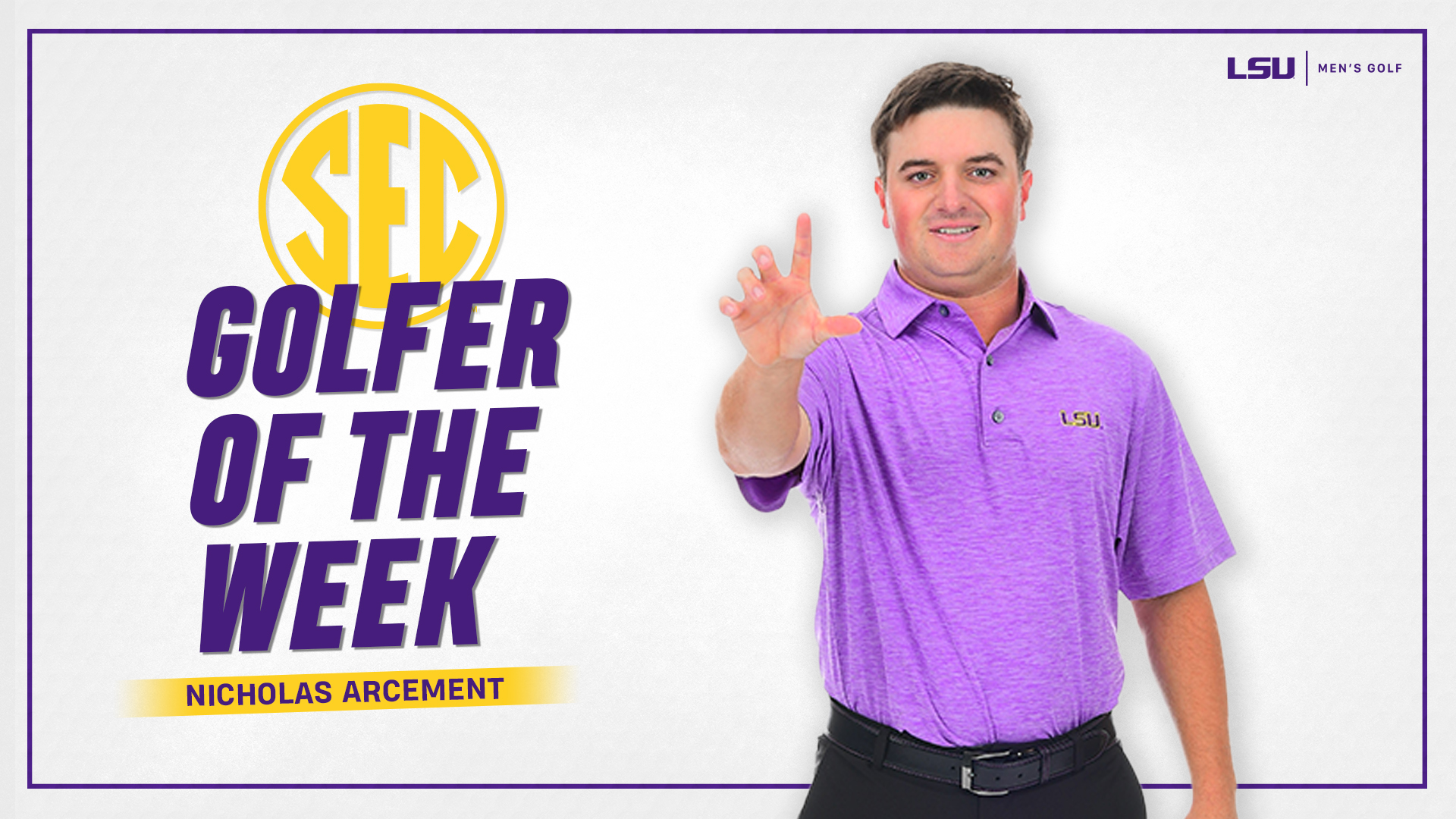 Baton Rouge, La.  – LSU sophomore Nicholas Arcement has been named the SEC Golfer of the Week, the conference office announced on Thursday morning.

Arcement won medalist honors for the first time of his collegiate career this week out in California with a 13-under 203 total at the San Diego Classic. Arcement won the event wire-to-wire as he opened with a 7-under 65 before firing rounds of 4-under 68 and 2-under 70 in the second and third rounds.

The 7-under 65 featured a flawless scorecard with seven birdies and 11 pars; it was the lowest round of his collegiate career and it also marked the first time he went bogey free in a round at a collegiate event. Arcement was almost perfect on the week as he made 16 birdies, 35 pars, and only three bogeys across 54 holes of play.

He led the field in par 3 scoring (2.58 avg.) and par 4 scoring (3.80 avg.) as he went a combined 11-under on par 3s and par 4s. His par 5 scoring average for the week, a 4.83, wasn’t too shabby either. His 16 birdies at the event ranked second in the field and his first place finish included wins over six players ranked in the top 100 nationally including the No. 1 ranked player in the nation, RJ Manke (Washington), and the No. 3 ranked player in the nation, Palmer Jackson (Notre Dame).

Arcement was the trendsetter for the Tigers as he led LSU to its second team victory of the season as the Tigers finished eight strokes clear of second place Washington with a 37-under 827. Arcement and the Tigers will be back in action on Monday and Tuesday (March 14-15) at the Louisiana Classics in Lafayette, Louisiana.