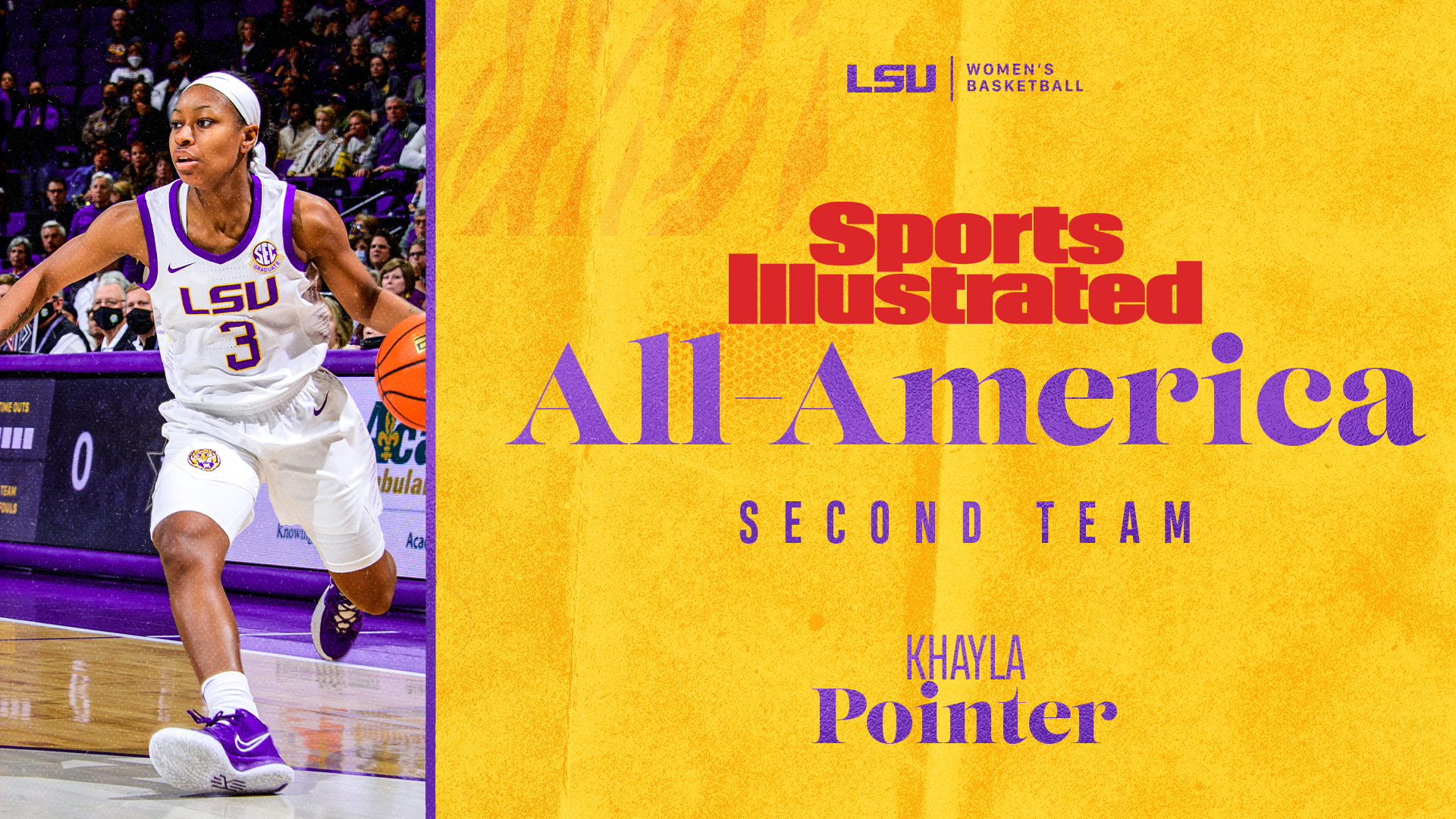 BATON ROUGE – As one of the elite guards in the nation, LSU’s Khayla Pointer earned a spot on the Sports Illustrated All-America Second Team on Wednesday.

Playing her final season in Baton Rouge, Pointer has had her best year of her career. In addition to all her individual accolades, the Tigers have had great team success. Finishing the regular season with 25 wins, earning the No. 2 seed in the SEC Tournament, and being ranked inside the AP Top-10 this late in the season are all things that have not been done at LSU since the 2007-08 season. With Selection Sunday scheduled for March 13 later this week at 7 p.m. CT on ESPN, the Tigers expect to hear their name called as one of the Top-16 seeds inside the tournament, allowing them to host first and second round games inside the PMAC.

LSU will host a Selection Sunday watch party on Sunday, inviting fans and media to watch the NCAA Tournament Selection Show on ESPN with the team. Doors to the PMAC will open at 6 p.m. CT with the show schedule to begin at 7.