Mulkey Named Coach of the Year by The Athletic 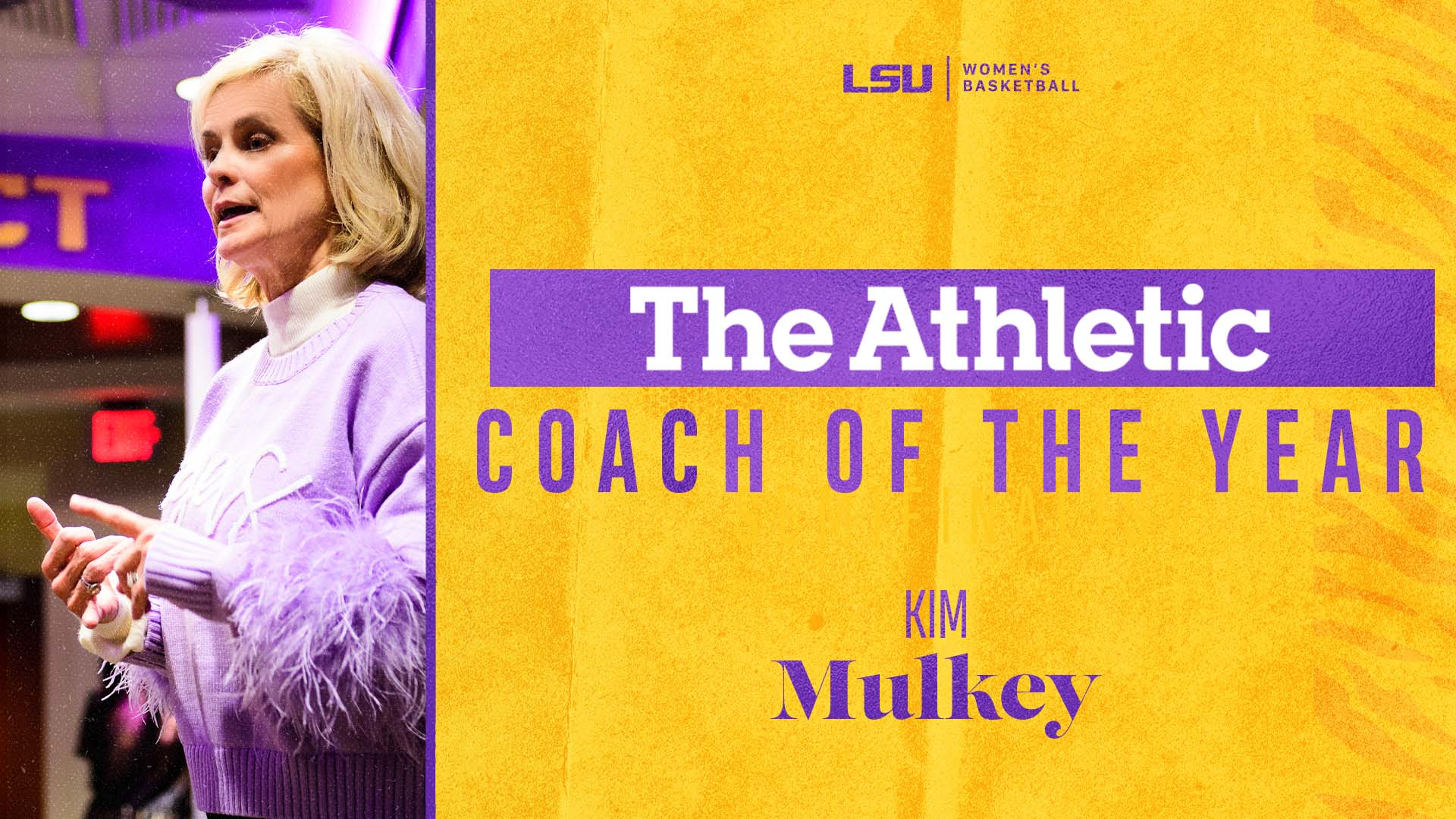 BATON ROUGE – In the midst of the greatest single season turnaround d by a first-year head coach in SEC history, Kim Mulkey was named The Athletic’s Coach of the Year on Wednesday by its group of women’s college basketball writers.

The improvement for LSU Women’s Basketball going from 9-13 last year to 25-4 this season in Coach Mulkey’s first year as LSU’s head coach is the largest turnaround by a first-year coach in SEC history. As of today, it is a 12 game improvement based on the NCAA formula which takes wins differential and losses differential from one year to the next into account. Depending on how LSU fares in the NCAA Tournament, the official improvement number will change.

The Tigers have surged in the first season of the Coach Mulkey era. With Selection Sunday approaching later this week, it is likely LSU will host first and second round games of the NCAA Tournament inside the PMAC as one of the Top-16 overall seeds in the field of 68 team. The last time LSU hosted NCAA Tournament games was in 2014. The Tigers were a No. 7 seed that year, but to find the last time LSU was one of the Top-16 seeds one would have to go back to 2008 when LSU was the No. 2 seed in the Oklahoma City Regional.

LSU will host a Selection Sunday watch party on Sunday, inviting fans and media to watch the NCAA Tournament Selection Show on ESPN with the team. Doors to the PMAC will open at 6 p.m. CT with the show schedule to begin at 7.

This year also marks the first time since the 2007-08 season that the Tigers won 25 games in the regular season. With six wins over teams ranked in the AP Poll, LSU has surged into the Top-10 this year. This marks the 14th consecutive week LSU has appeared in the AP Poll and the third straight week the Tigers are in the Top-10. The last time LSU entered postseason play ranked inside the Top-10 was 2007-08.

Coach Mulkey has brought the most out of her first team at LSU, a group that includes mostly players she inherited with a few additions she brought along as well. Faustine Aifuwa, Jailin Cherry and Khayla Pointer are all graduate players who have played in Baton Rouge for multiple years. They are all on pace to have the best season of their careers and Pointer is on multiple lists as one of the top players in the country, including as a finalist for the Nancy Lieberman Point Guard of the Year Award.

Alexis Morris transferred to LSU from Texas A&M to join forces with Mulkey, who she played for during her freshman season at Baylor. Morris has electrified LSU’s offense and was named to the All-SEC Second Team. Autumn Newby, a transfer from Vanderbilt who was already committed to LSU when Coach Mulkey was hired, has been a critical piece to the team that has brought intensity to LSU on the defensive end and on the boards is preparing to play in her first NCAA Tournament. Hannah Guster has provided productive minutes off the bench after following Coach Mulkey from Baylor to LSU.