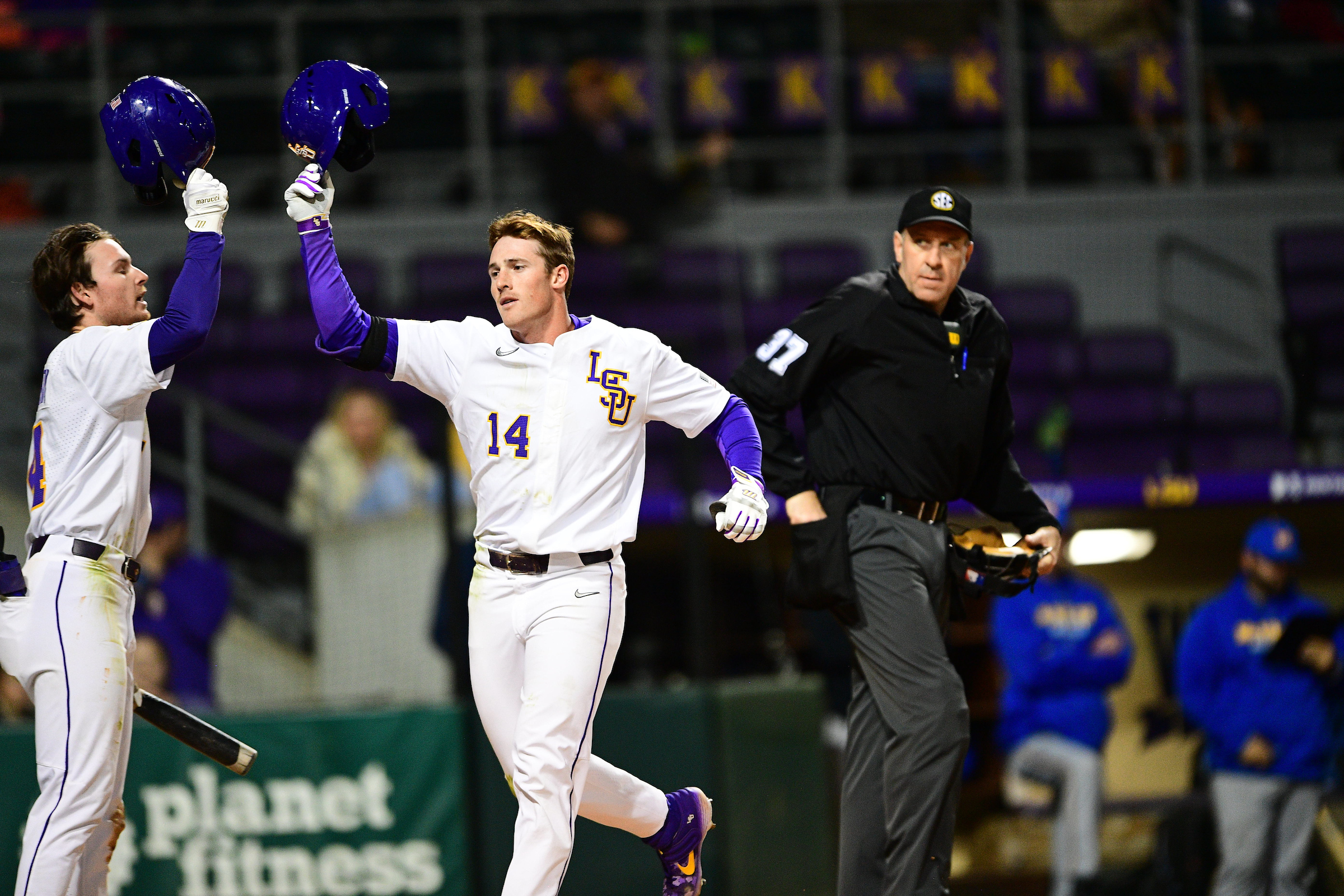 The Tigers improved to 10-3 on the season, while McNeese dropped to 8-5.

LSU returns to action at 6:30 p.m. CT Friday when the Tigers play host to Bethune-Cookman in Alex Box Stadium, Skip Bertman Field. The game will be broadcast on affiliates of the LSU Sports Radio Network, and it may be viewed on SEC Network +.

Right-hander Will Hellmers (2-0), the first of five LSU pitchers, was credited with the win as he fired three shutout innings and limited the Cowboys to one hit with two walks and three strikeouts.

McNeese starter Christian Vega (1-1) was charged with the loss, as he surrendered two runs – one earned – on three hits in two innings with three walks and no strikeouts.

“We have a lot of respect for McNeese and their program, and they have a really good pitching staff, so this is a good win for us,” said LSU coach Jay Johnson. “We’re going to play in a lot of games like this during the season where you need significant pitches and at-bats at key moments in the game. I was really pleased with how this game unfolded and how our players responded in challenging situations.”

A two-run homer by Dugas – his first dinger of the season – gave LSU a 2-0 lead in the bottom of the second inning. Dugas finished 3-for-3 on the night with two RBI and one run scored.

Berry’s solo homer in the seventh extended the Tigers’ lead to 3-1, and he added a two-run double in the eighth to highlight a three-run outburst.

Eight of the nine players in LSU’s starting lineup collected at least one hit in the contest.

“I really like our team, it’s a good group of guys to be around every day,” Johnson said. “They’re not perfect, but that’s why they’re here playing college baseball. This is a great group of guys to start building our foundation with. Offensively, we have a lot of strong pieces and high expectations because of the talent on our team, but we’re meeting those expectations.

“Defensively, we are clear on the objectives on which we need to improve, and the story of the early part of the season for me has been the number of guys making a positive contribution on the pitching staff.”