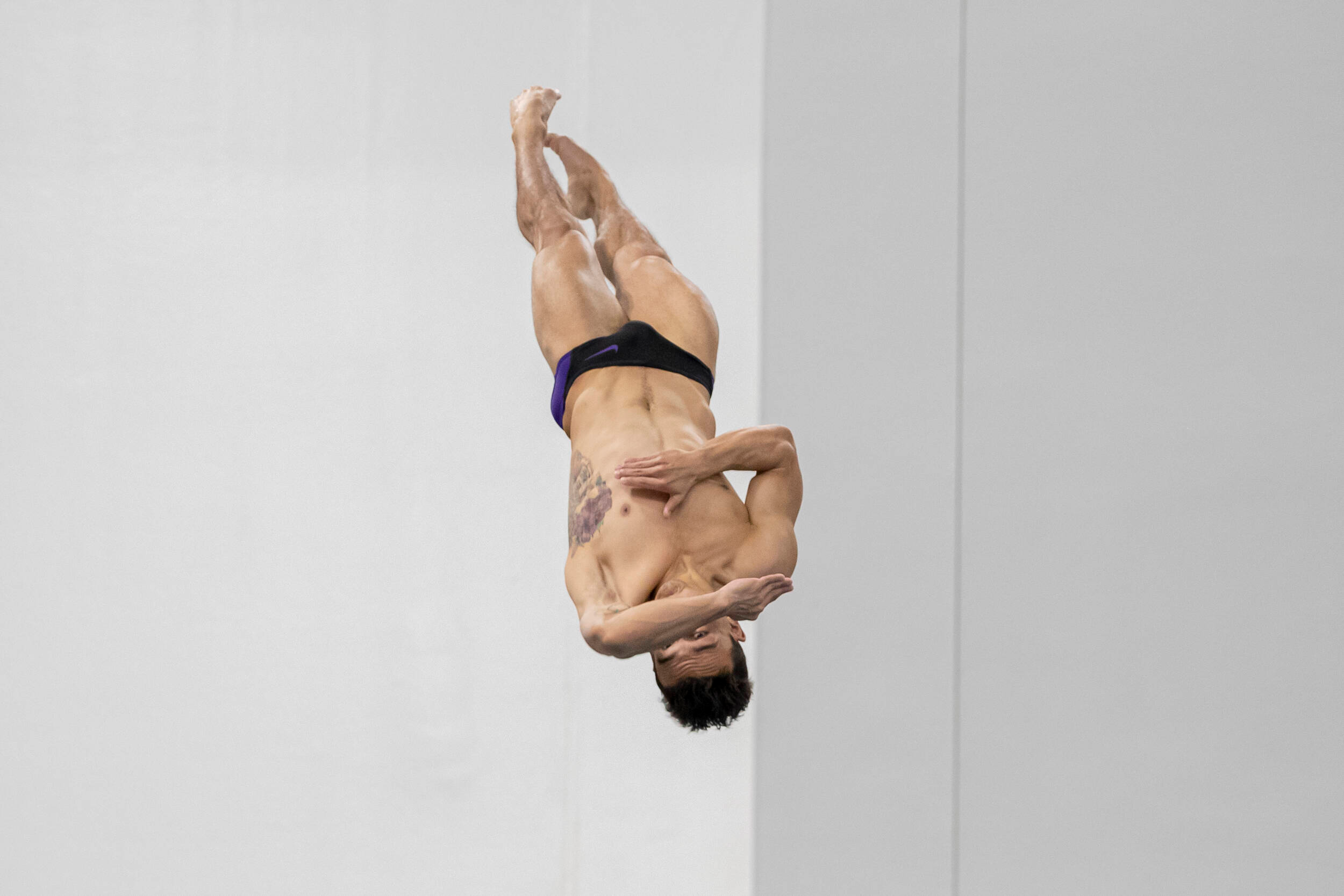 MADISON, Wisc. – Five LSU divers, like the first day of the NCAA Zone D diving regional, qualified for their respective events inside the Soderholm Family Aquatic Center Tuesday, punching their ticket to the NCAA Swimming and Diving Championships held in Atlanta.

“I’m very happy with the additional events we qualified in today,” head diving coach Doug Shaffer said. “Juan and Adrian qualified on the one-meter while Helle, Montse(rrat) and Chiara did so on the three-meter. Anne was very close on three-meter, and Maggie made her first regional final. I’m looking forward to tomorrow and keeping our success going!”

Juan Celaya-Hernandez and Adrian Abadia qualified for their second event in the 2022 NCAA Championships after finishing in respective places of second and seventh. The qualifying mark for the men’s one-meter was set at the top-8 finishers. Celaya-Hernandez closed out the prelims with a first-place finish and a score of 413.65 and finished in second place for the final with a score of 814.35. Abadia qualified for the championships after finishing in seventh place for the prelims with a score of 346.05. He held his position in the final with a score of 706.45.

For the women, Chiara Pellacani, Montserrat Gutierrez Lavenant, and Helle Tuxen all matched their efforts from the first day also qualifying for their second NCAA Championship event on three-meter. In the prelims, Pellacani claimed fourth place with a score of 348.95, and held her spot in the final with a score of 704.60.

Anne Tuxen and Maggie Buckley both made the three-meter final. Anne narrowly missed qualifying for NCAA’s with a final score of 637.55 and 13th place. Buckley made her first regional final after finishing 17th with a score of 302.40. In the final, she placed 15th with a score of 602.40.

LIVE VIDEO
The final day can be streamed on bigtenplus.com with no paywall required to watch the action.