Tigers on Top After Dominant Day One of San Diego Classic 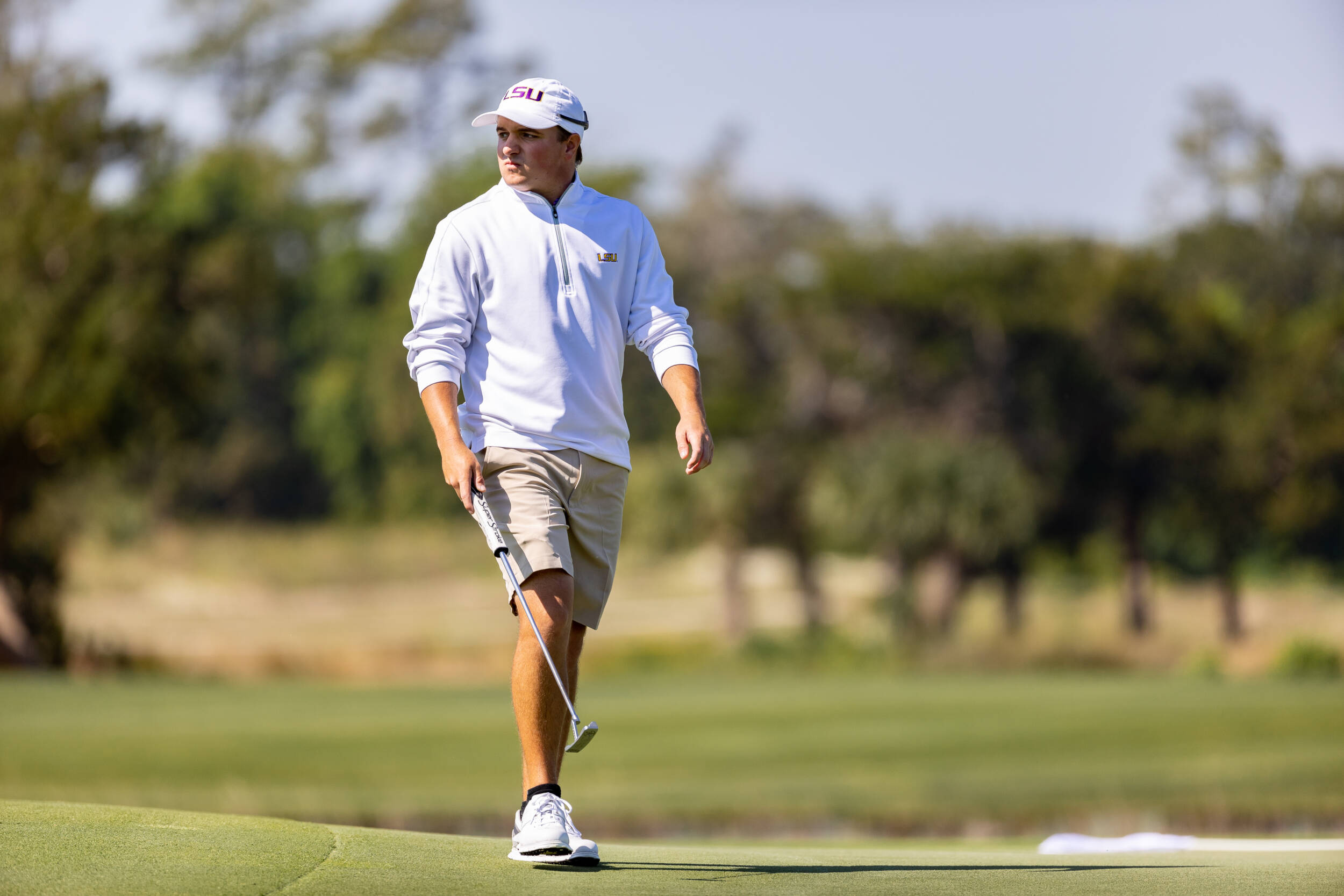 Chula Vista, Calif. – The LSU men’s golf team posted two of the lowest team rounds in program history on Monday as the Tigers shot a 36-under 540 (267-273) to open play at the Lamkin Grips San Diego Classic. Individually, all five starters ended the day in the top 10, led by solo leader Nicholas Arcement with an 11-under 133 (65-68).

Round One
Nicholas Arcement and Michael Sanders led the way in round one as they both finished at 7-under 65. Arcement tallied a career-high seven birdies alongside his first bogey-free round of his collegiate career. Sanders, who started on hole No. 4, sat at even-par through ten holes of play before an eagle and four straight birdies in a five-hole stretch on Nos. 14-18 brought him to six under for the day before closing out with a birdie on his final hole to finish at 7-under 65. The two Tigers finished the round tied for first place in the individual leaderboard. Sanders’ eagle on No. 14 was a team-high third of the season, and ninth in his career.

The other three starters shot under par to give LSU its third team round of the year where all four scoring members shot under par. Garrett Barber grabbed a season-high six birdies in a 4-under 68 performance and was narrowly trailed by Trey Winstead, who tied a season-high of six birdies in a round before finishing at 3-under 69. The final score of the round came from Cohen Trolio, who finished at 2-under 70 with six birdies garnered.

Round Two
Arcement picked up right where he left off the first round with a five birdie, 4-under 68 performance to take his score on the day to 11-under 133 and solo leader in the tournament. He is three strokes clear of teammates Garrett Barber and Michael Sanders, who are in a three-way tie for second at 8-under par.

Barber and Sanders ended the day tied for 2nd place at 8-under 136. Barber shot a strong 4-under 68 that saw him finish register his second bogey free round of the season. Sanders built on his strong first round performance with a 1-under 71 round, tallying three birdies along the way.

Trolio took a leap in the second round as he shot a 5-under 67, LSU’s lowest score of the afternoon session, to move to 5th place with a 7-under 137 tournament score. Trolio’s 5-under 67 was powered by six birdies and matches his best collegiate in relation to par. Winstead was the final Tiger from the starting lineup as he shot a 2-under 70 to finish the day tied for 9th with a 5-under 139 scorecard.

Connor Gaunt participated individually and concluded the day tied for 64th with a 3-over 147 that came from a first and second round score of 2-over 74 and 1-over 73.

Up Next
The final round of the San Diego Classic will begin at 10:30 a.m. CT tomorrow morning. The Tigers will be paired with No. 15 Notre Dame, San Diego, and No. 8 Washington.