Pointer A Finalist For The Lieberman Point Guard Award 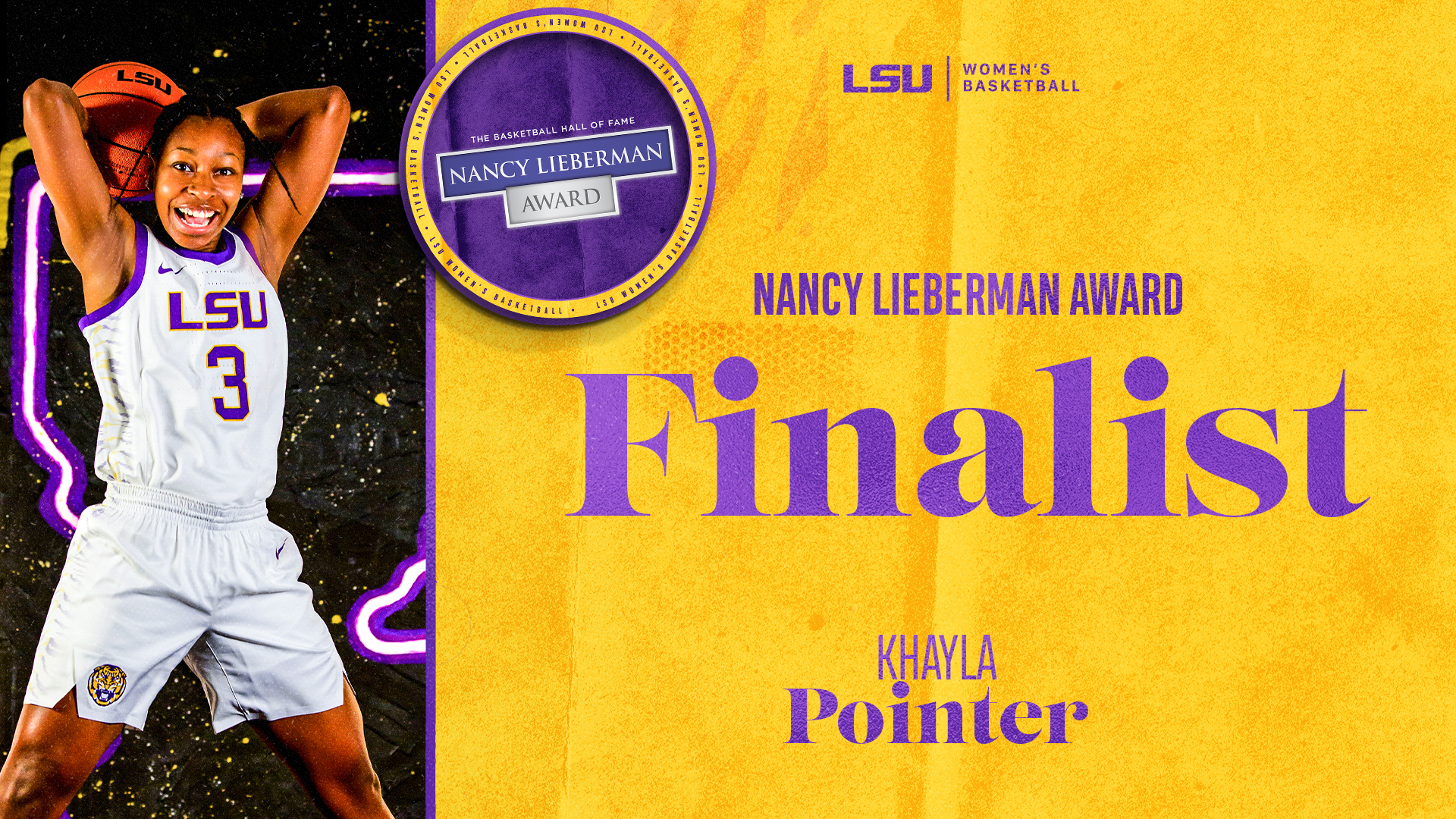 SPRINGFIELD, Mass. – Khayla Pointer is one of five finalists for the Nancy Lieberman Point Guard of the Year Award which is presented by the Naismith Memorial Basketball Hall of Fame and the Women’s Basketball Coaches Association.

Playing her final season in Baton Rouge, Pointer has had her best year of her career. In addition to all her individual accolades, the Tigers have had great team success. Finishing the regular season with 25 wins, earning the No. 2 seed in the SEC Tournament and being ranked inside the AP Top-10 this late in the season are all things that have not been done at LSU since the 2007-08 season. With Selection Sunday scheduled for March 13 later this week at 7 p.m. CT on ESPN, the Tigers expect to hear their name called as one of the Top-16 seeds inside the tournament, allowing them to host first and second round games inside the PMAC.

Pointer has been one of the top guards in the country and in addition to being a finalist for the Lieberman Award she is on the watchlist for the National Ballot for the Wooden Award and the watchlists for the Dawn Staley Award and Wade Trophy. She was also named First Team All-SEC last week.  The Marietta, Georgia native will go down as one of the best players in program history. Earlier this season she became the first players in LSU men’s or women’s history to put up 1,500 points, 500 assists and 500 rebounds in a career. She is also one of just five players in SEC history with multiple career triple-doubles, both coming this season, and she has dished out the second most assists in program history.

A national committee of top college basketball personnel determined the watch list of 20 student-athletes in November, which was narrowed to 10 candidates in February and now just five finalists. This month, the finalists will be presented to Ms. Lieberman and the Hall of Fame’s selection committee. The winner of the 2022 Nancy Lieberman Point Guard of the Year Award will be determined by a combination of fan votes and input from the Basketball Hall of Fame’s selection committee. Naismith Starting Five Fan Voting presented by Dell Technologies will go live on Friday, March 11 on hoophallawards.com.

The winner of the 2022 Nancy Lieberman Award will be presented on a to be determined date, along with the other four members of the Women’s Starting Five. Additional awards being presented include the Ann Meyers Drysdale Shooting Guard Award, the Cheryl Miller Small Forward Award, the Katrina McClain Power Forward Award and the Lisa Leslie Center Award, in addition to the Men’s Starting Five.