Mondo Betters His Own World Record 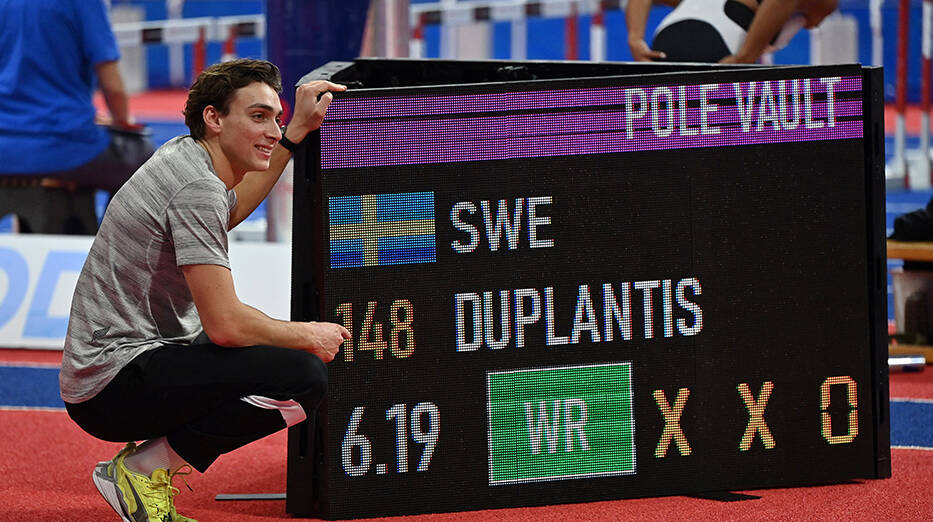 Belgrade, Serbia – Former LSU athlete Mondo Duplantis bettered his own world record in the pole vault on Monday (March 7) with a clearance of 6.19 meters at the Belgrade Indoor Meeting.

The Olympic champion from the summer of 2021 had tried to eclipse this bar of 6.19 meters for quite some time dating back to his previous world record of 6.18 meters that he cleared on February 15, 2020. The clearance of 6.19 meters obviously sets the world record, but it also gives him four of the six highest bars ever cleared in history.

“I think I’ve tried 6.19 meters 50 times,” Duplantis said facetiously after breaking the world record. “It’s been a long time coming. I’ve never had a height that has given me that much trouble, so it’s a very good feeling. It was really hard fought over these past two years. I’m really happy.”

Duplantis was the lone competitor remaining in the event after his first clearance of 5.61 meters. He then cleared bars of 5.85 meters and 6.00 meters. He missed his first two attempts at 6.19 meters, but was able to get up and over on his third and final attempt.

This is the third time he has set the world indoor record; he cleared bars of 6.17 meters (Torun) and 6.18 meters (Glasgow) in February of 2020 before today’s performance.

Duplantis will be back at the same venue in two weeks as he will compete at the World Indoor Championships on March 20.