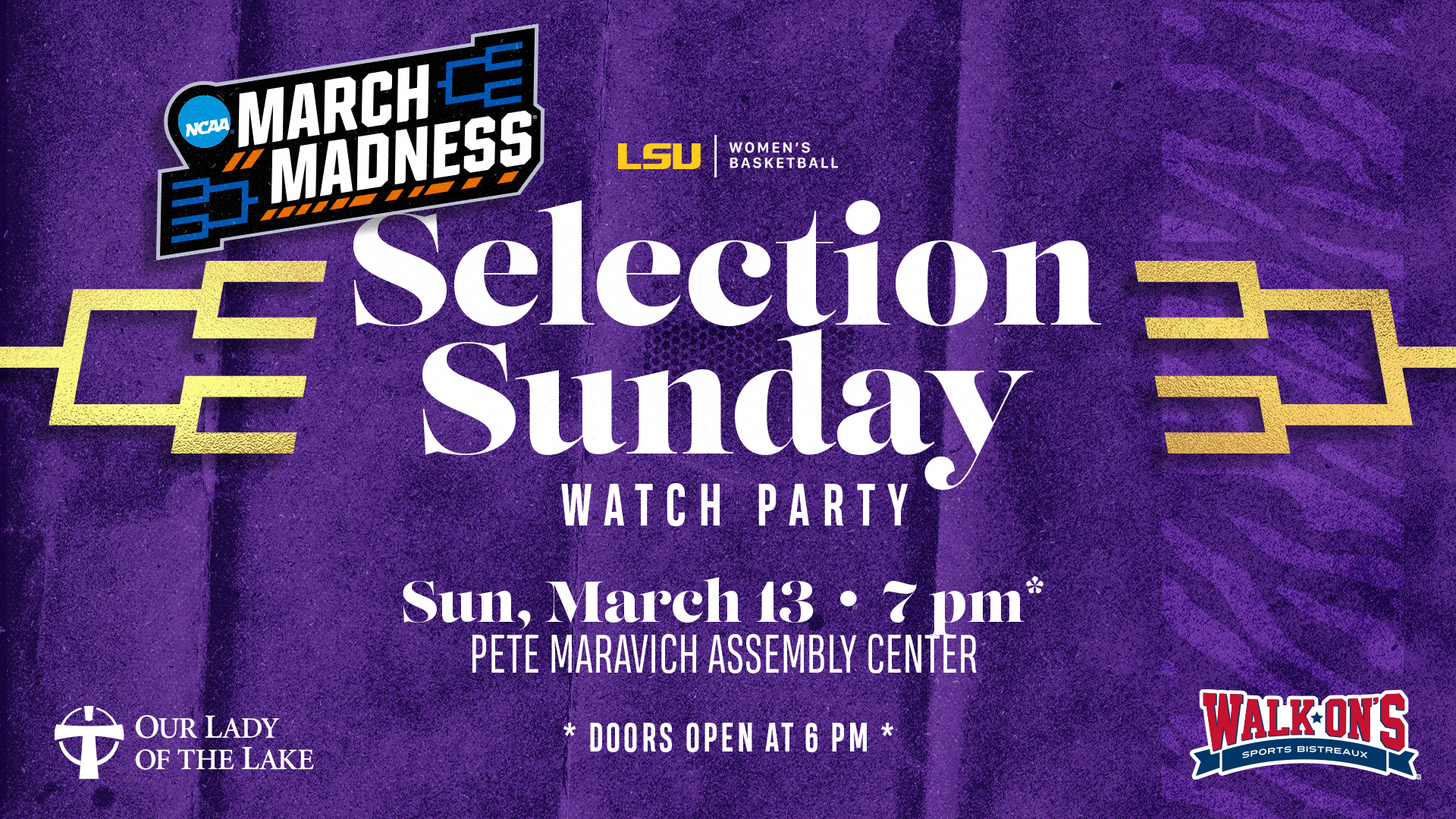 BATON ROUGE – The LSU Women’s Basketball team will host a Selection Sunday watch party inside the PMAC as the Tigers expect to hear their name called as one of the Top-16 seeds in the tournament to host first and second round games at home.

With the selection show slated for 7 p.m. CT on ESPN, fans are invited into the PMAC. Doors will open at 6 p.m. and fans will be able to enter through the upper south portion of the PMAC and the elevator in the lower Southeast will also be an entry point.

LSU will likely host first and second round games inside the PMAC for the first time since 2014. The Tigers were a No. 7 seed that year, but to find the last time LSU was one of the Top-16 seeds one would have to go back to 2008 when LSU was the No. 2 seed in the Oklahoma City Regional.