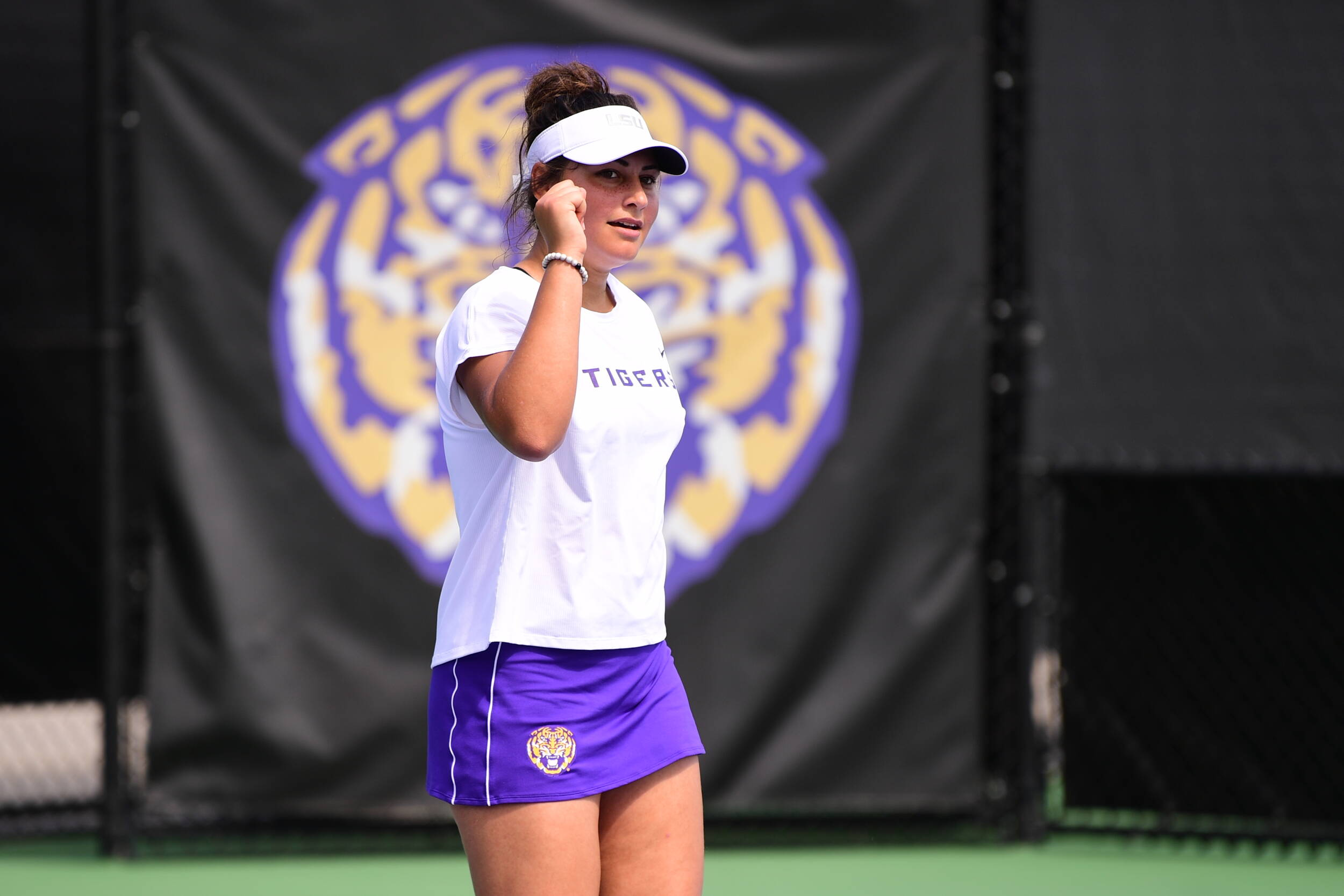 Selling Points
“Credit to South Carolina today,” co-head coach Michael Sell said. “Today exposed our lack of match play and getting into the parts of the courts where we are successful. The encouraging aspects are that it is still early in the SEC season, Rania marked her return from injury with a win, and other key players currently out are making progress in their recovery.”

“We’re a persistent group and will continue to work. We had another great crowd supporting us today and we can’t wait to be back home in two weeks playing in front of them again.”

Doubles Results
LSU only fielded two teams in doubles, which meant that South Carolina claimed the No. 3 doubles court via walkover.

Ayana Akli and Ana Cruz clinched the doubles point for the Gamecocks at the No 2 spot, where they defeated Nina Geissler and Mia Rabinowitz by a score of 6-2.

Singles Results
The Tigers only played five players in singles, so South Carolina took a 2-0 lead with a walkover win at the No. 6 spot.

The match was clinched at the No. 4, where No. 68 Elise Mills emerged victorious by a score of 6-2, 6-1 over Mia Rabinowitz.

The final Gamecock point came from the No. 3, where Megan Davies defeated Nina Geissler in straight sets, 6-0, 6-3.

Rania Azziz claimed LSU’s lone point of the day with a win over Misa Malkin at the No. 5. Azziz claimed the first set by a score of 6-3 before Malkin equalized with a tough 6-4 win in the second set to force a third set tiebreaker. In the ten-point tiebreaker, the two players traded points back and forth before Azziz won the final two points to win 11-9 and secure the first SEC singles win of her career.

Up Next
LSU hits the road for its first away SEC match as they take on Ole Miss in Oxford at 3 p.m. CT on Friday, March 11th.