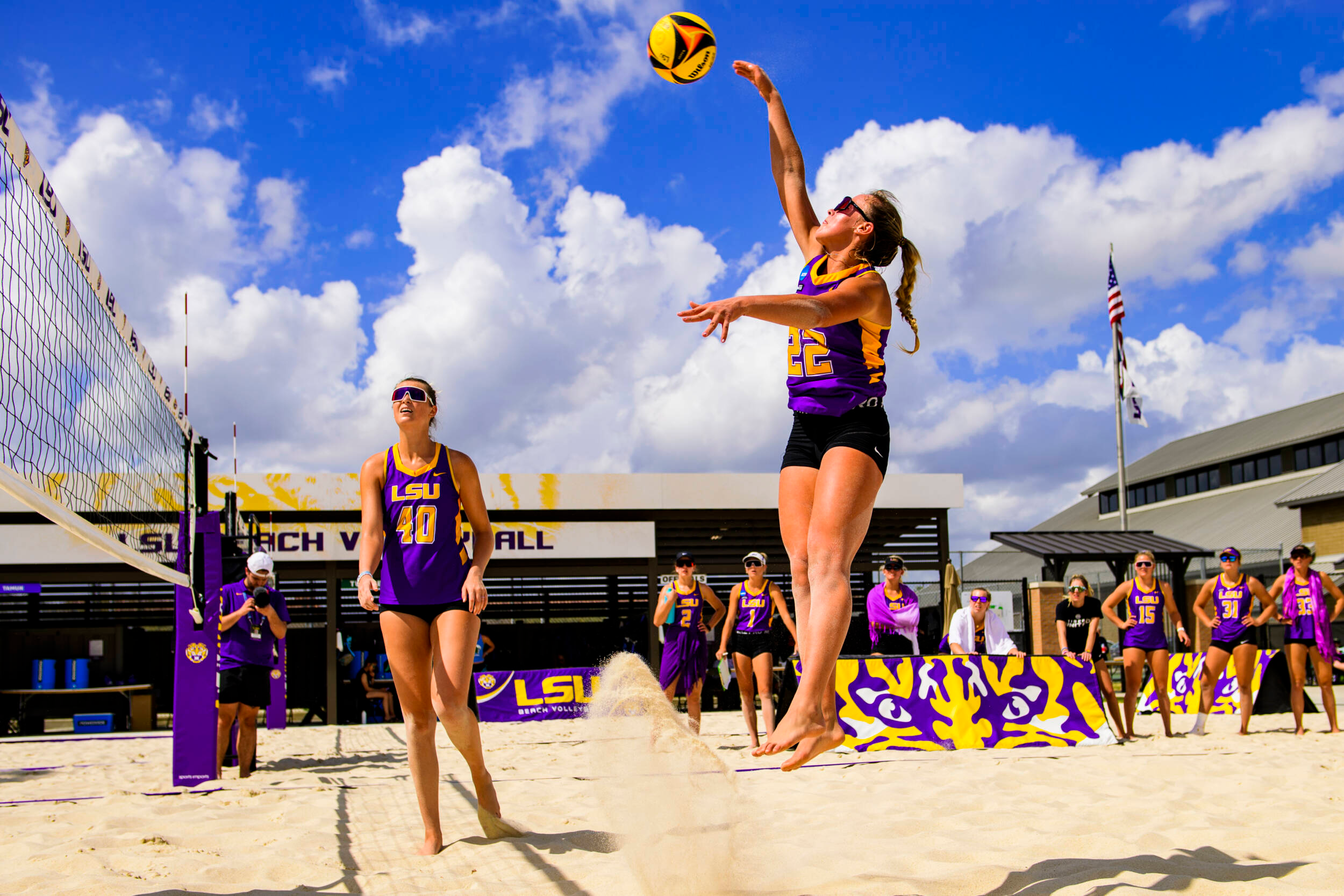 BATON ROUGE- The No. 6 LSU Beach Volleyball team won both matches on Sunday, including a victory over No. 4 Loyola Marymount, as it finished the weekend 5-0 in the Tiger Beach Challenge.

“The Loyola match was a great opportunity to play at a really high level,” said head coach Russell Brock. “We knew they were going to be good and we had to play well. To know that and be able to respond to that is great. Super proud of how the girls played. Overall, super impressed with our performance in that match.”

After the morning win against LMU, the Tigers hit the sand for the last match of the weekend, a 5-0 sweep over Stephen F. Austin. LSU went 5-0 on the weekend and improved to 9-0 overall, a new program record for the best start to a season.

“We hoped to come out of the weekend with five wins,” said Brock. “That’s a tough and challenging task, especially when you play the same pairs all weekend. I loved how the girls responded to that.”

LSU will travel to South Carolina next weekend for the Gamecock Grand Slam on Friday and Saturday. While there, the Tigers will take on Mercer, No. 18 South Carolina, No. 15 Pepperdine and ULM before heading home.

The day started with a top-10 matchup as No. 6 LSU took on No. 4 LMU in a thrilling matchup. The Tigers eventually prevailed, winning the match, 3-2. The Court 4 pair of Kelli Greene-Agnew and Grace Seits put LSU on the scoreboard first, winning in straight sets, 21-13 and 21-19. On Court 5, Ellie Shank and Sierra Caffo were unable to win their matchup. They took the second set, 21-16, but lost the first and third sets, 21-14 and 15-12.

The Tigers were unable to win Court 1 as well. The pair of Bella Bauman and Ashlyn Rasnick-Pope fought hard, but lost in two sets, 21-16 and 21-16.

As they have all season so far, the Court 2 pair of Kylie Deberg and Parker Bracken won in straight sets, 21-19 and 21-10. With the match tied at two a piece, it all came down the Court 3 and the pair of Reilly Allred and Holly Carlton. After dropping the first set, 21-18, the pair battled back to win the next two, 23-21 and 16-14, and clinched the top-10 victory for the Tigers.

Later in the day, in the final match of the weekend, LSU swept SFA, 5-0, to complete a perfect weekend at the Tiger Beach Challenge. All five courts won in straight sets. On Court 4, Greene-Agnew and Seits dominated, winning 21-12 and 21-13. Court 5 also won with ease as Shank and Caffo won 21-11 and 21-7.