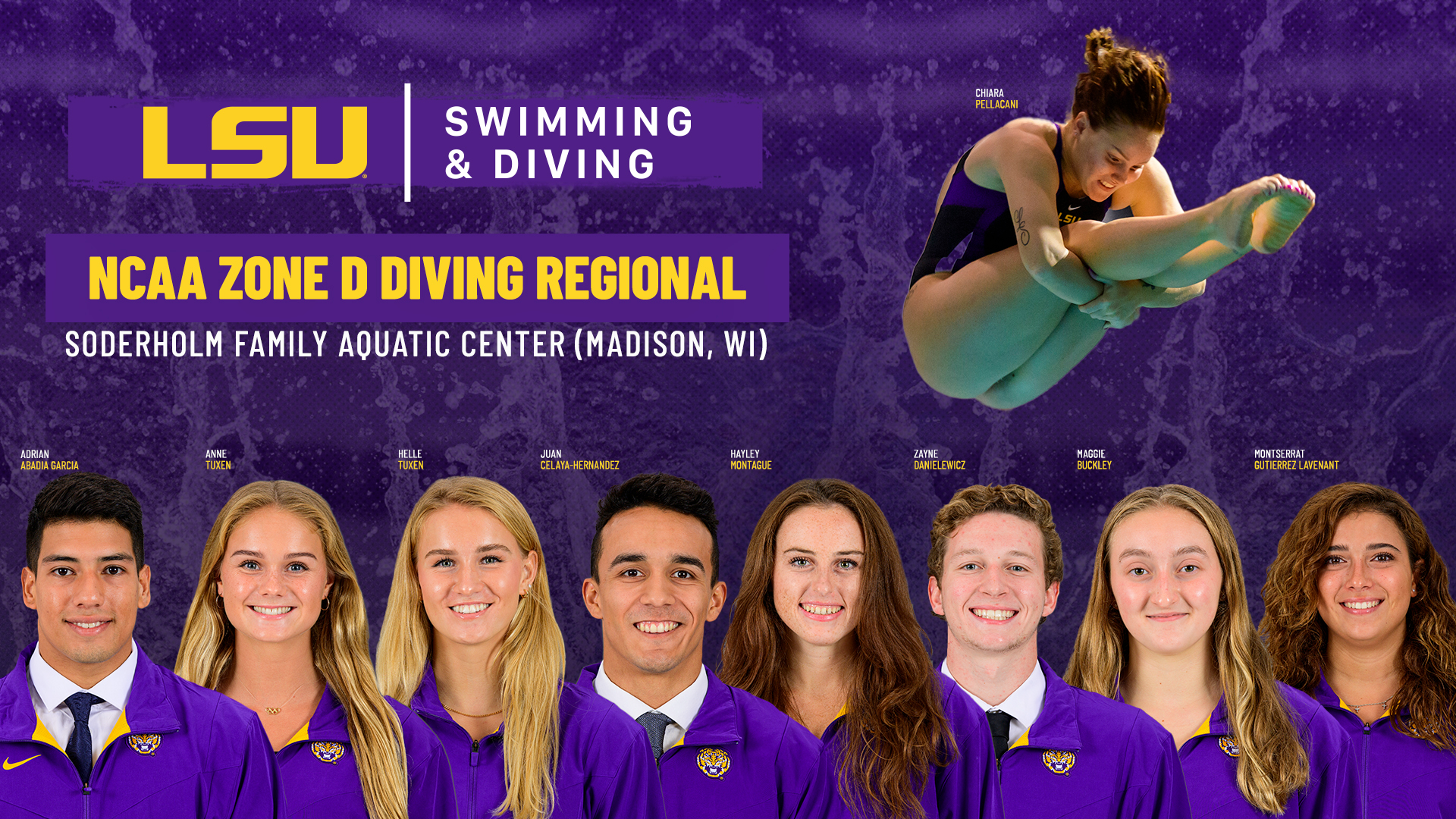 BATON ROUGE, La. – Nine LSU divers are preparing for the NCAA Zone D Diving regionals taking place in Madison, Wisc., where they look to cement their spot in their respective NCAA swimming and diving championships in Atlanta.

The event starts Monday, March 7, and will conclude on Wednesday, March 9.

“We are excited to be competing in the NCAA Zone D regional at the University of Wisconsin,” Shaffer said. “Our Championship season has been successful, giving us confidence going into this competition. With that, we are focused on the event at hand and qualifying for the women’s and men’s NCAA championships.”

LAST TIME OUT
LSU swimming and diving participated in the highly competitive SEC Championships for the 2022 edition. In addition to making 12 final appearances throughout the three events in the one-meter, three-meter and platform, LSU divers won seven medals collectively.

On the first day of the championships, the men competed on three-meter and the women battled it out on the one-meter. Soon-to-be seven-time SEC champion Celaya-Hernandez claimed first place in the prelims with a score of 433.10 and outshined that performance with a 459.75 in the final. It was his sixth conference title as an LSU Tiger and first on three-meter.

For the one-meter, Pellacani and Gutierrez Lavenant advanced to the final with respective scores of 285.80 and 286.35 in the prelims. Both outperformed their scores from the prelim session, as Pellacani earned the silver medal with a score of 316.70. Her counterpart placed sixth with a score of 287.95.

On day two, there was only one diving event for the day, which was men’s one-meter. Celaya-Hernandez, a three-time SEC champion in this event, placed second in the prelims with a score of 356.90. In the finals, he collected another medal, finishing third with a final score of 404.25.

The last two days of competition both the men and women competed on platform. On day four, the men’s platform saw Celaya-Hernandez win his second SEC championship in 2022. He scored 391.05 in the prelims and 430.55 in the final. For the women, Helle Tuxen nabbed her second medal, finishing with the silver and a score of 303.15

LIVE VIDEO
All three days will be streamed on bigtenplus.com with no paywall required to watch the action. The first day can be streamed here.