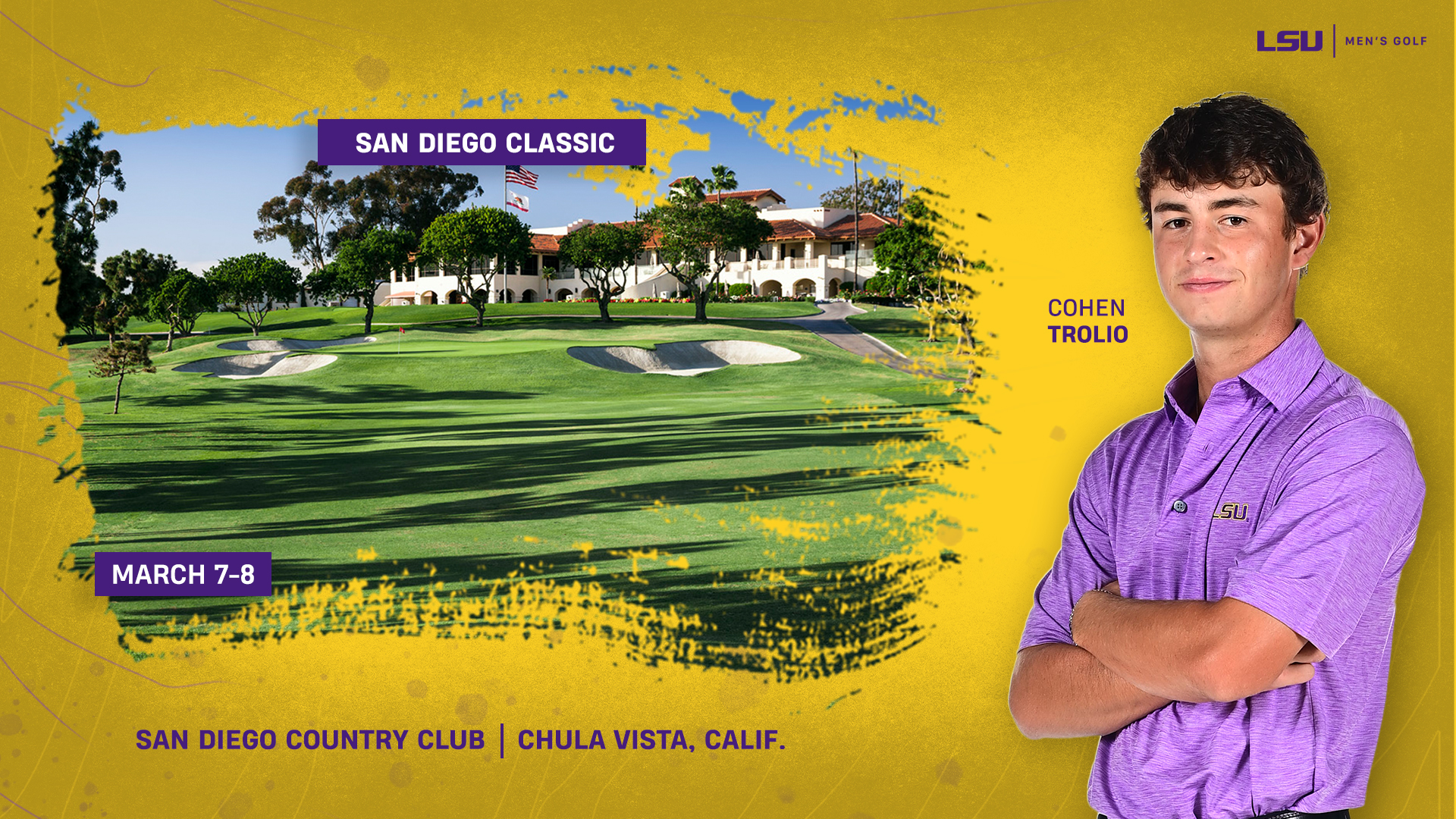 Chula Vista, Calif. – The LSU men’s golf team returns to California for the second time in the last two weeks to participate in the Lamkin Grips San Diego Classic. The Classic will begin at 9:30 a.m. CT on Monday, March 7.

Fifty-four holes of stroke play will begin on Monday morning, with two rounds of 18 holes set to be played on Monday before play concludes with an 18-hole round on Tuesday. Action will take place at the par 72, 7,033 yards San Diego Country Club.

LSU will roll out with a starting five of Garrett Barber, Trey Winstead, Nicholas Arcement, Cohen Trolio, and Michael Sanders, while Connor Gaunt will play in the tournament as an individual. The Tigers are a part of a 16-team field that includes tournament co-hosts San Diego and San Diego State. Other teams in the field are BYU, California, Colorado, Colorado State, Denver, Loyola Marymount, Nevada, No. 15 Notre Dame, Sam Houston State, UC Davis, UC San Diego, No. 8 Washington, and Wyoming. LSU will be paired with San Diego, Washington, and Notre Dame for round one.

LSU has two events played in the spring thus far. The Tigers opened February at the Gators Invitational hosted by Florida where they finished the team rankings tied for 7th place with a 7-over 847. Individually, Barber collected his fifth career Top 5 finish as he tied for 5th place with a strong 5-under 205 performance. Last time out at The Prestige in La Quinta, California, the team finished tied for 11th place out of 24 teams with a 45-over 897 that featured tough playing conditions. In the individual tournament, Sanders grabbed his fourth top 5 finish of his collegiate career with a 1-over 217 score to tie for fifth place.

Three players – Garrett Barber, Nicholas Arcement, Cohen Trolio – all played in each of LSU’s stroke play events in the team lineup. Out of those three, Barber leads the way with a scoring average of 71.46. Trolio and Arcement trail behind Barber with a 72.2 and a 72.73 average respectively. Michael Sanders has featured strongly for the Tigers this season with a scoring average of 71.73, and he’s contributed a team score in 10 of 12 rounds played with the starting five this year.