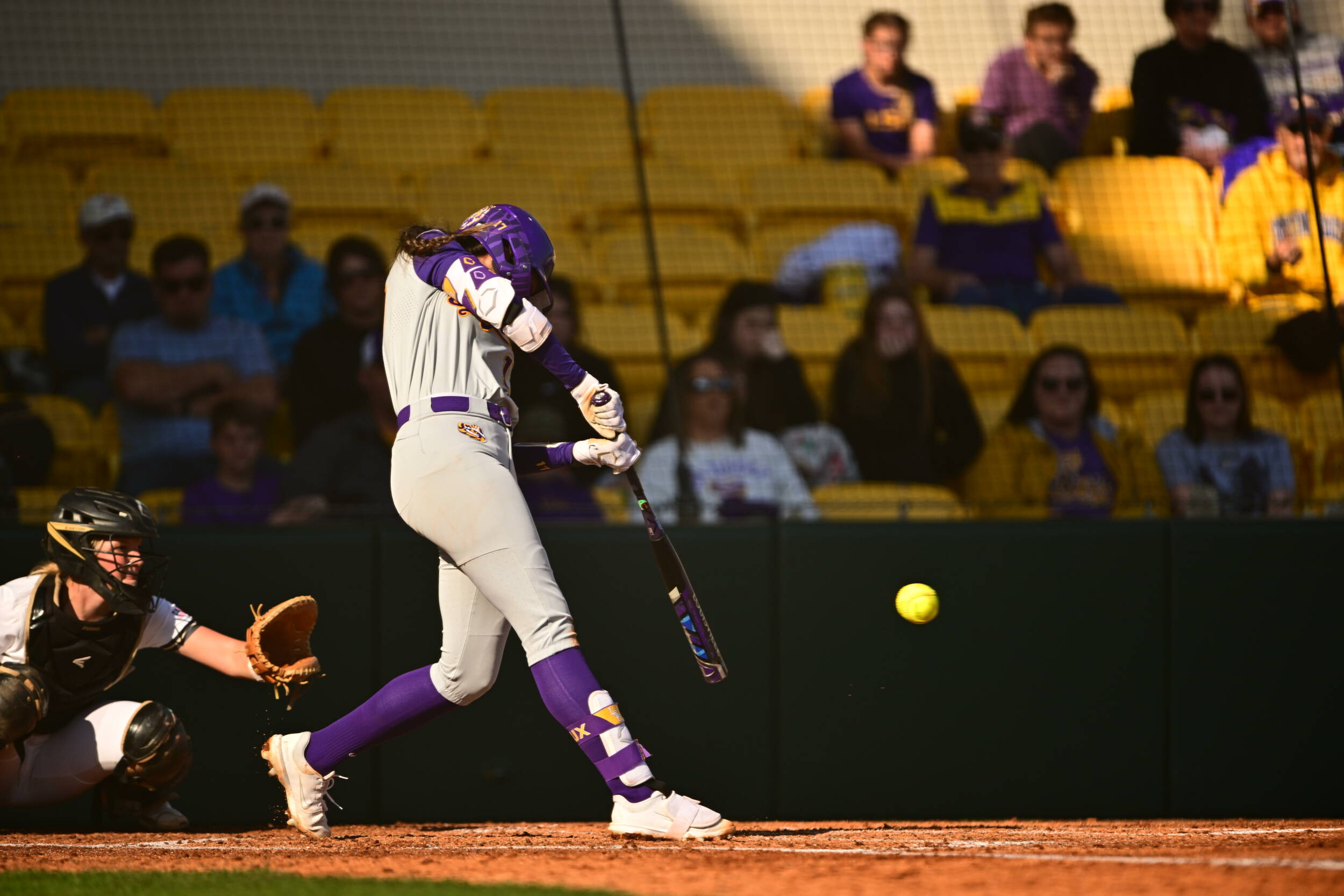 With the win, LSU belts its third top 25 victory this season, and improves to 22-12 all-time against ULL. The Tigers have won seven of the last eight meetings against the Ragin’ Cajuns and won 10 of their last 11 games overall.

Junior Ali Kilponen (8-2) was credited the win and senior Shelbi Sunseri earned the save. Kilponen struckout four batters and gave up five hits and four walks in 6.0 innings of work. Sunseri closed out the seventh inning in the circle after delivering the dagger RBI single in the fifth frame.

After sitting the Ragin’ Cajuns down in order in the top of the first inning, the Tigers hit four consecutive singles highlighted by Pleasants’ RBI single to right center to score Coffey, and Clark’s RBI bunt to cross Briggs. Moments later, Gutierrez capped the inning with a two-out two RBI single to right field to bring the score to 4-0.

ULL responded with runs in the third and fourth inning, including a solo shot off an 0-2 count to cut into the deficit, 4-2. However, in the bottom of the fifth inning, Briggs logged her second single of the game and both Pleasants and Clark drew walks to set up an RBI single off Sunseri’s bat.

The Tigers ended the fifth inning ahead, 5-2 and both Kilponen and Sunseri closed the door in the sixth and seventh frames, respectively.

On the team’s hitting performance today…

“I think our offense looked a lot better off [Meghan] Schorman than we did on Thursday. I was happy to see the adjustment our offense made with her. We were able to score off her and make some noise with her on the mound. I think our staff does a good job of preparing our hitters. They had a good idea of what was coming and what things they were going to throw us.”

“I think she might be the best defensive player on the team. She is incredible defensively. She changes games with her defense, and she is going to continue to grow as a hitter. She is young and we are seeing good pitching, so I think she is going to just keep getting better and better.”

“From the jump we knew what we were getting (pitch wise). We had a plan to attack and get the lead as early as possible. We knew what they were going to throw so we adjusted our swings and found what we wanted at the plate. Throughout the game they (UL-Lafayette) forced us to adjust, and we did a good job of just sticking with attacking the white parts of the plate.”

“Playing UL-Lafayette is always great because of the in-state rivalry. We are going to take the energy and intensity from tonight and bring it into tomorrow. We need to attack whoever we play every day.”

On bunt resting on first baseline…

“Coach gave me a squeeze, so I was thinking, ‘Just get it down.’ She got to third, and we had no outs. I was like, ‘Man, I have to do my job and get my bunt down.’ Thankfully, it rolled my way today.”

“I think we got to see her so much in the Regional that coming into this, it made it so much easier just to see somebody we have faced. Hopefully for the SEC, it will be the same way. We will see people we have seen before and get more at-bats off them. We tried to treat it like an SEC series, which it kind of was.”

LSU will conclude the weekend with a noon game against Louisiana Tech set to air on the SEC Network, followed by a 2:30 p.m. pitch against Central Connecticut State. March 6 at Tiger Park. Both games will be aired on the SEC Network.