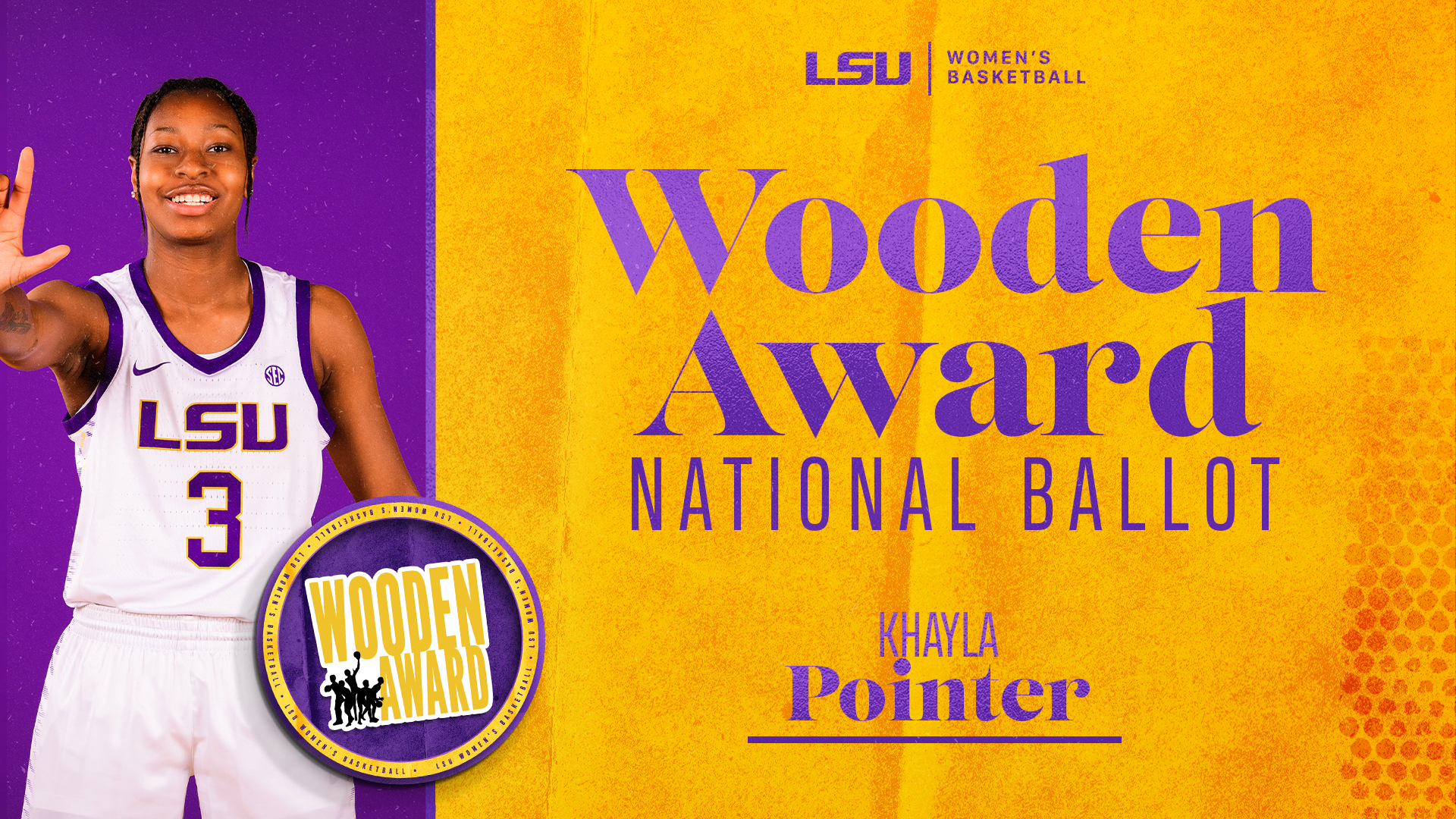 While previously only being included on the Preseason Wooden Watch list, Khayla Pointer returns on the National Ballot. Pointer has been exceptional for the Tigers this season, leading LSU to its first 25-win regular season since 2007-08 to finish No. 2 in the SEC.

Pointer and Morris are the only players from the same team to rank inside the Top-10 in the SEC in scoring, helping LSU score 74.1 points per game to rank second in the conference. The Tigers have their first 25-win regular season since 2007-08 and will enter the SEC Tournament as the No. 2 seed later this week.

Pointer has been one of the top guards in the country and in addition to her spot on the Wooden National Ballot she is on the watchlist for the Nancy Lieberman Award, Dawn Staley Award and Wade Trophy. She was also named First Team All-SEC earlier this week.  The Marietta, Georgia native will go down as one of the best players in program history. Earlier this season she became the first players in LSU men’s or women’s history to put up 1,500 points, 500 assists and 500 rebounds in a career. She is also one of just five players in SEC history with multiple career triple-doubles, both coming this season, and she has dished out the second most assists in program history.

Starting all 30 games, Pointer’s durability has been elite. She has played every minute of 13 games, including all 45 minutes of LSU’s overtime game against Missouri when she hit the game-winning layup with 5.7 second remaining. Pointer leads the SEC and is No. 2 in the nation averaging 36.9 minutes per game.

Voting will take place from March 15th to March 22nd, and voters take into consideration a player’s entire season of play, as well as the opening rounds of the NCAA Tournament. The finalists for the 2022 Wooden Award presented by Wendy’s will be announced on March 30th.