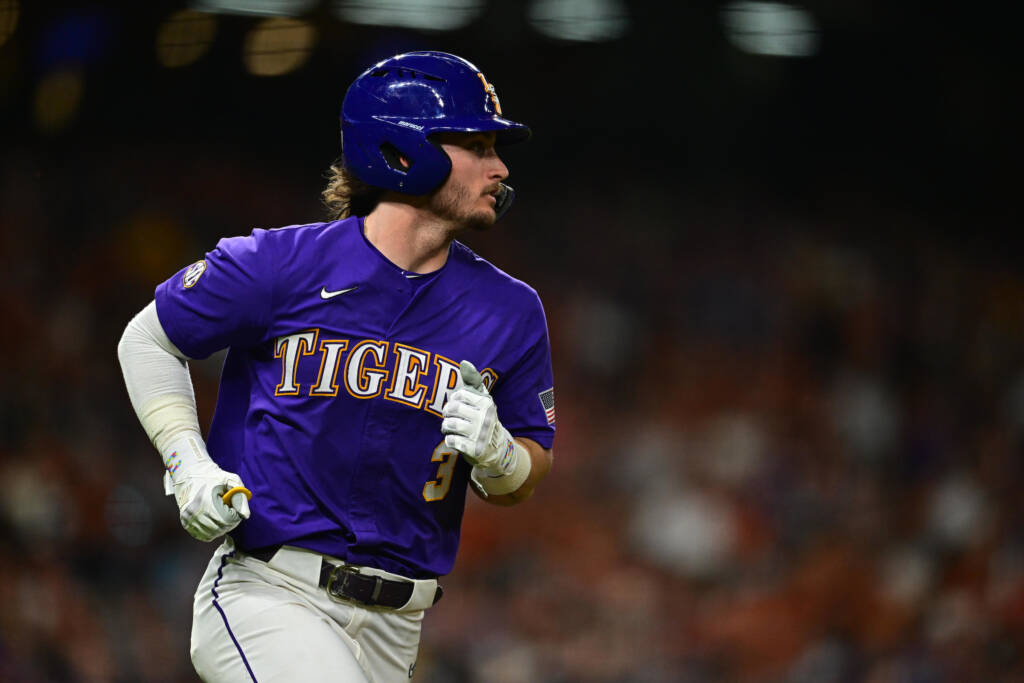 HOUSTON — Top-ranked Texas scored four runs in the top of the second inning and its way to snapping the LSU Baseball team’s six-game winning steak, 6-1, on Saturday night in the Shriners College Classic at Minute Maid Park.

LSU (9-2) will face Baylor (5-5) at 7 p.m. CT Sunday in the final game of the weekend of games in Houston. The game will be broadcast on affiliates of the LSU Sports Radio Network and on www.LSUsport.net/live beginning at 6:30 p.m.

Fans in Louisiana can see the game on TV on AT&T SportsNet Southwest, or they can stream it on Astros.com, the Astros Twitter, Facebook and YouTube accounts, and the MLB app. Additionally, subscribers to AT&T SportsNet SW can also stream the games live on the AT&T SportsNet app.

Outside of Louisiana and the Astros’ five-state viewing area, the game will also be televised on the MLB Network.

Starting pitcher Ty Floyd (2-1) took the loss for the Tigers, allowing four runs on five hits with four walks and four strikeouts. A three-run home run by Texas leadoff batter Douglas Hodo III was the deciding play of the contest.

Trailing 6-0 in the bottom of the eighth, LSU loaded the bases by virtue of a fielding error, a walk and a base hit. However, the Tigers managed only a sacrifice fly in the frame and left the bases loaded trailing 6-1. LSU finished with 12 runners left on base.