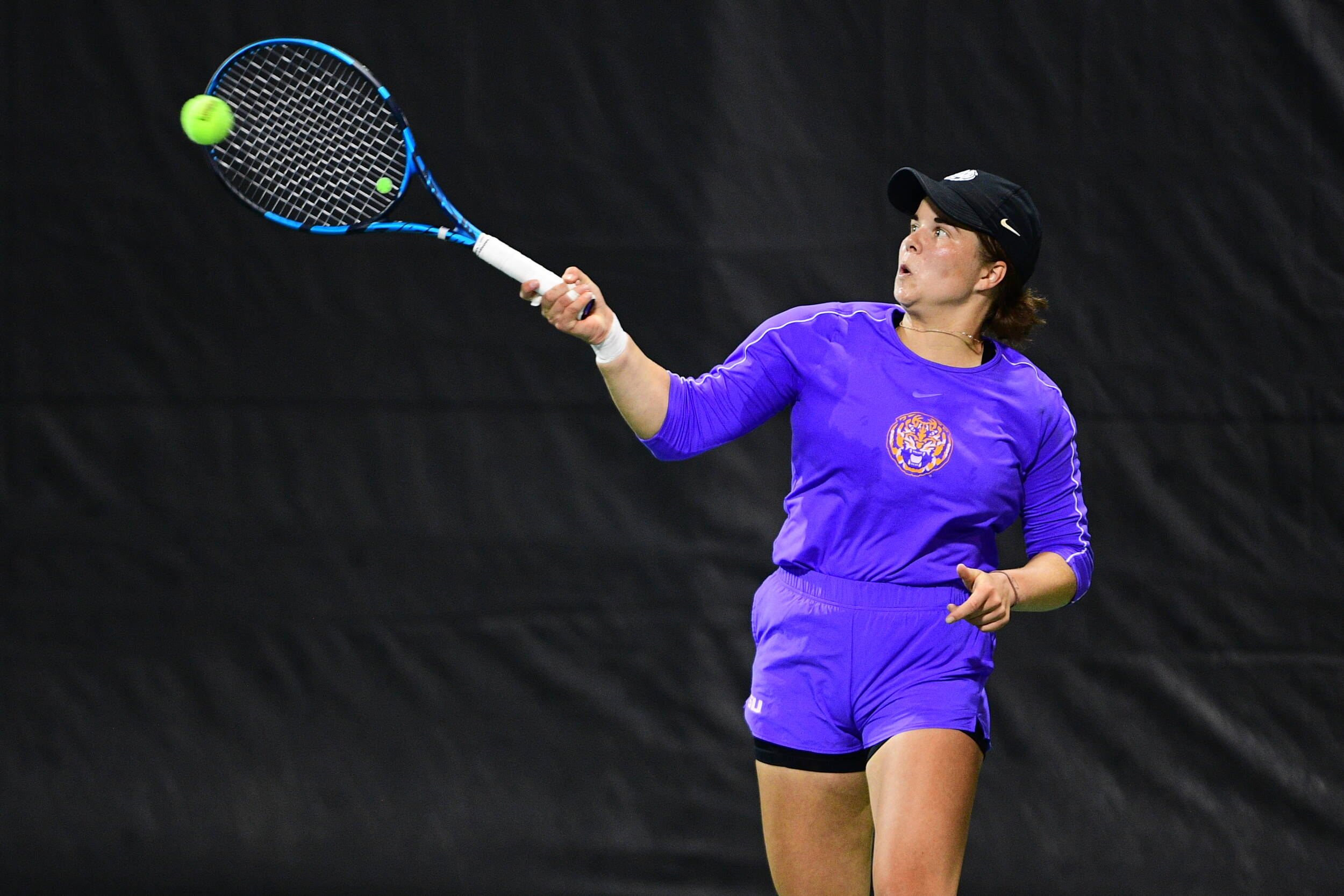 Selling Points
“We made tremendous progress in our doubles performance as Florida had two top ranked teams we competed with,” co-head coach Michael Sell said. “We had another great crowd today which always brings extra energy to our matches. We put ourselves in position to win multiple courts tonight and we’re happy that Mia (Rabinowitz) continues to put herself in winning positions and for Nina (Geissler) to grab a win at the end there.”

“It’s never fun to give away two singles points and a doubles court at the beginning, but our team is ambitious and fought to compete through that. We’re a close group and believe in each other as we continue to make strides and get healthier because we know we are a top team once we get healthy. Credit to Florida for the win today as they always field a tough team. We look forward to Sunday’s match and a chance to compete again.”

Doubles Results
LSU played with only two teams in doubles, which meant that Florida claimed the No. 3 doubles court via walkover.

A tight affair in doubles play saw Florida narrowly clinch the doubles point at the No. 2 doubles spot. The No. 12-ranked pair of Alicia Dudeney and Bente Spee narrowly edged Nina Geissler and Mia Rabinowitz in a 7-5 match that saw multiple lead changes and the Gators winning the final three games to secure the doubles point.

Singles Results
The Tigers only played four players in singles, so Florida’s lead was extended to 3-0 to start singles play.

No. 49 McCartney Kessler clinched the match with the first singles win of the night as she defeated Carrington by a score of 6-2, 6-3 at the No. 1 singles spot.

Florida’s final point of the night came at the No. 4, where No. 106 Emma Shelton defeated Mia Rabinowitz 6-3 in the first set before coming from behind to win the second by a score of 7-5.

The Tigers’ lone point came from No. 3, where Geissler defeated doubles opponent Briggs in straight sets. Geissler edged Briggs in a tight 6-4 first set before pulling away midway in the second set to win 6-3 and get her fourth singles win of the season.

Up Next
LSU concludes the weekend by hosting South Carolina at noon CT on Sunday, March 6th.