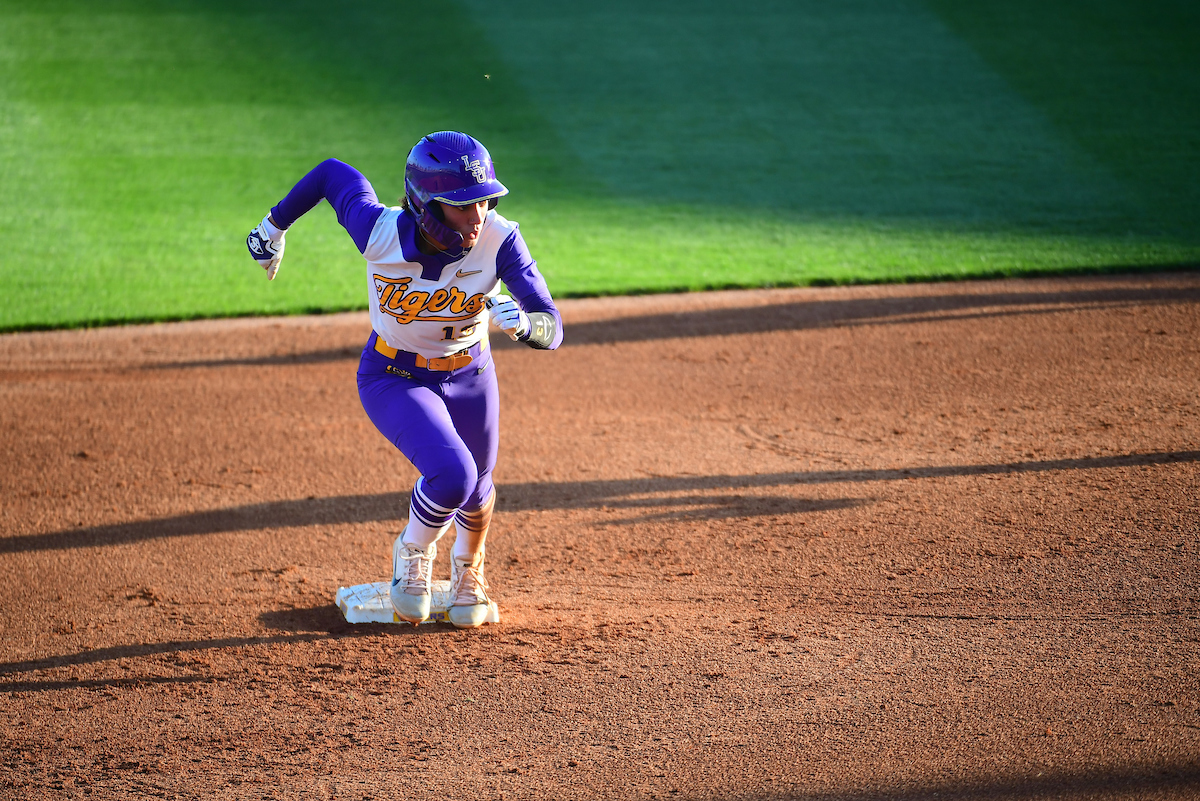 Danieca Coffey went 3-for-4 on the day at the plate and Ciara Briggs was 2-for-5 at the dish. Both Coffey and Briggs logged two hits (a single and a double) and two RBI in a single inning, and both scored three runs overall.

The Tigers also had three home runs off the bats of Georgia Clark, Ali Newland, and Shelbi Sunseri.

Sunseri tossed 7.2 innings and finished the day with a 0.00 ERA, holding opposing batters to .143 batting average. Ali Kilponen also made an appearance in the circle for 5.1 innings. Both Sunseri and Kilponen logged six strikeouts.

The Trojans hit to a two-run shot to left field in the first inning and another home run in the fourth to build a 3-0 lead.

In the bottom of the fifth inning, Coffey and Briggs drew walks and Taylor Pleasants moved both runners into scoring position on her ground out to second. After Sunseri popped up to the shortstop, Clark drilled one over the left field wall to tie the game at three through five frames.

Troy responded with a pair of runs in the sixth to force a pitching change. Sunseri entered the circle with one out on the board and retired the first two batters she faced that included one strikeout to end the half inning. In the bottom half, Newland cut the Trojan lead in half with a leadoff home run and Troy went into the seventh inning with a 5-4 advantage.

Although LSU held the Trojans scoreless and threatened in the bottom of the inning, they could not cross another run, resulting in the 5-4 loss.

Kilponen (7-2) had six strikeouts, six hits and walked four batters in 5.1 innings, and Sunseri struck out one in 1.2 innings.

Troy drove in two runs in the third inning behind an RBI double and RBI single. After that inning, Sunseri (5-1) allowed just three base runners and retired the final six batters she faced. The fifth-year senior finished the game with five strikeouts, and no earned runs in the complete game win.

Morgan Smith led off the sixth inning with a standup double off the first pitch she saw, and advance to third base on a wild pitch. Smith was brought home from Coffey’s single through to right side to put the Tigers on the board, and Coffey’s run tied the game thanks to Briggs’ RBI triple to left center. Pleasants hit a ground ball that got pass the second baseman to plate Briggs putting LSU on top, and Sunseri added some insurance runs with a three-run home run to right field, all with no outs. The Tigers proceeded to bat a round and then some as they scored four more runs to cap off the 10-run inning to end the game.

“Coach Howard [Dobson] made an adjustment with them in the sixth inning of game two. He just put them in a different spot. Thank God for Morgan Smith who understood what Coach was asking her to do. I think everyone felt a lot more confident after that hit.”

On Ali Kilponen’s pitching in the first game

“I thought she was fine. She had a few runs that were unearned. I think she did okay. We cannot ask her to be perfect every single day, but she did enough to win.”

On the team’s hitting performance…

“The first game, I do not think we adjusted. It was a tough loss. We should never have been in that position in the first place. We have to do a better job, and in the second game, we knew we had to make an adjustment. [Coach Howard] Dobson moved us up in the box in the last inning to try and catch the drop ball before it breaks, so that was our philosophy, and it worked. As a team, we bought into it. We had nothing to lose. She was throwing a no-hitter, so why not try it?”

On the difference in game two from beginning to end…

“My first at-bat, I knew I was early, so I scooted up in the box, and Dobson scooted us up even more. I knew I was getting a curveball outside, so I told myself to get behind it and make something happen with it. We were on a roll, so I was just trying to pass the bat and keep it going.”

The Tigers take on No. 21 UL-Lafayette for the second time this weekend at 6 p.m. on Saturday, March 5 at Tiger Park.