Senior Tribute Will Begin At 10:40 AM Saturday 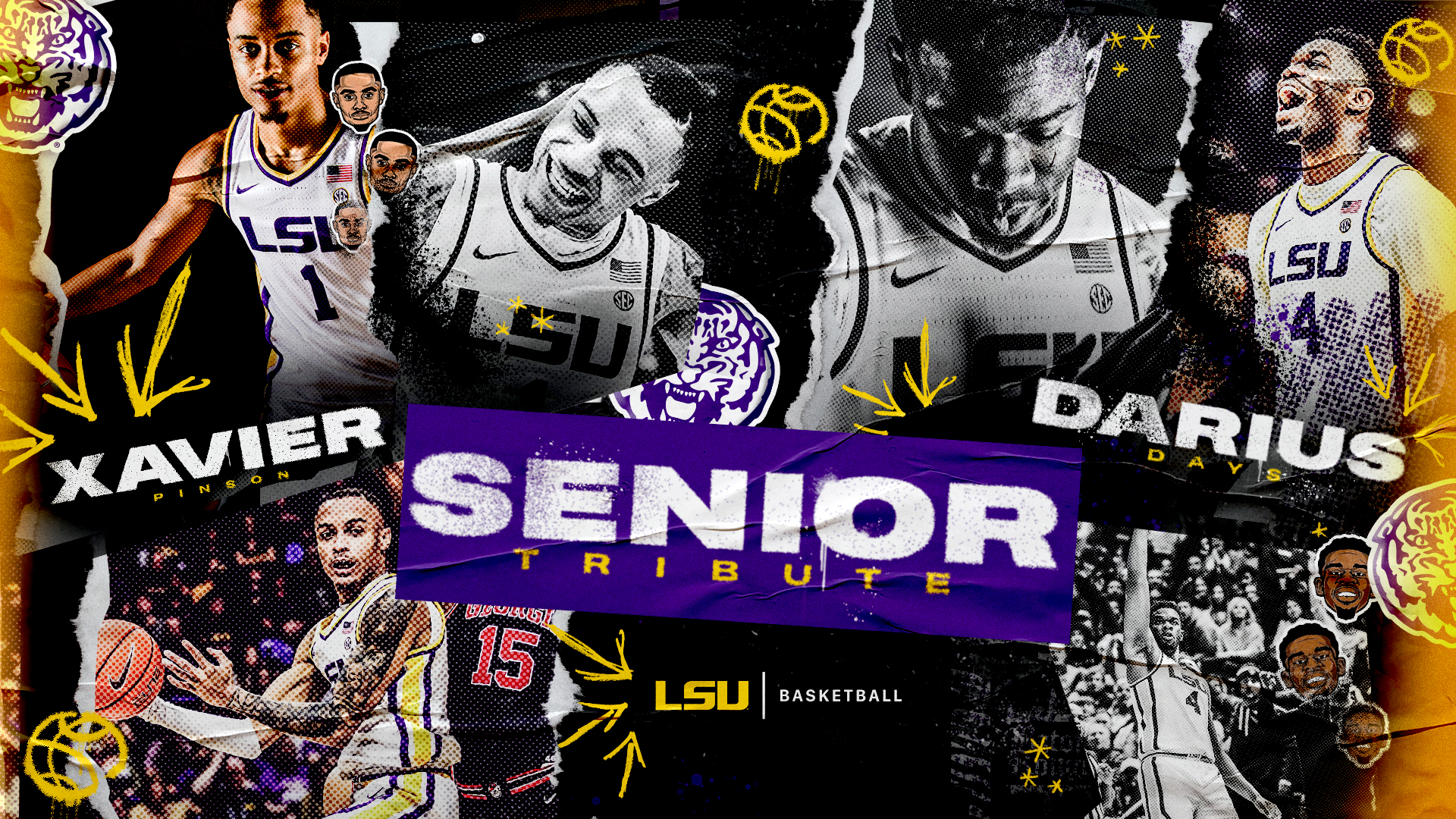 BATON ROUGE – Basketball fans are reminded that the annual final home game Senior Tribute will take place Saturday prior to the start of the Alabama-LSU men’s basketball game at the Pete Maravich Assembly Center at 10:40 a.m.

Tipoff for the game is just after 11 a.m.

Xavier Pinson, who transferred to LSU for the 2021-22 season after three seasons at Missouri, and Darius Days, who is the first four-year player for Coach Will Wade, will be honored in the ceremony.

Both players passed the 1,000-point mark in their careers during the course of the season. Days will have his name a part of the top scoring, rebounding, steals and three-point lists before his career over.

Tickets for the game after available online at LSUTix.net and at the upper concourse ticket windows beginning at 10 a.m. on gameday.