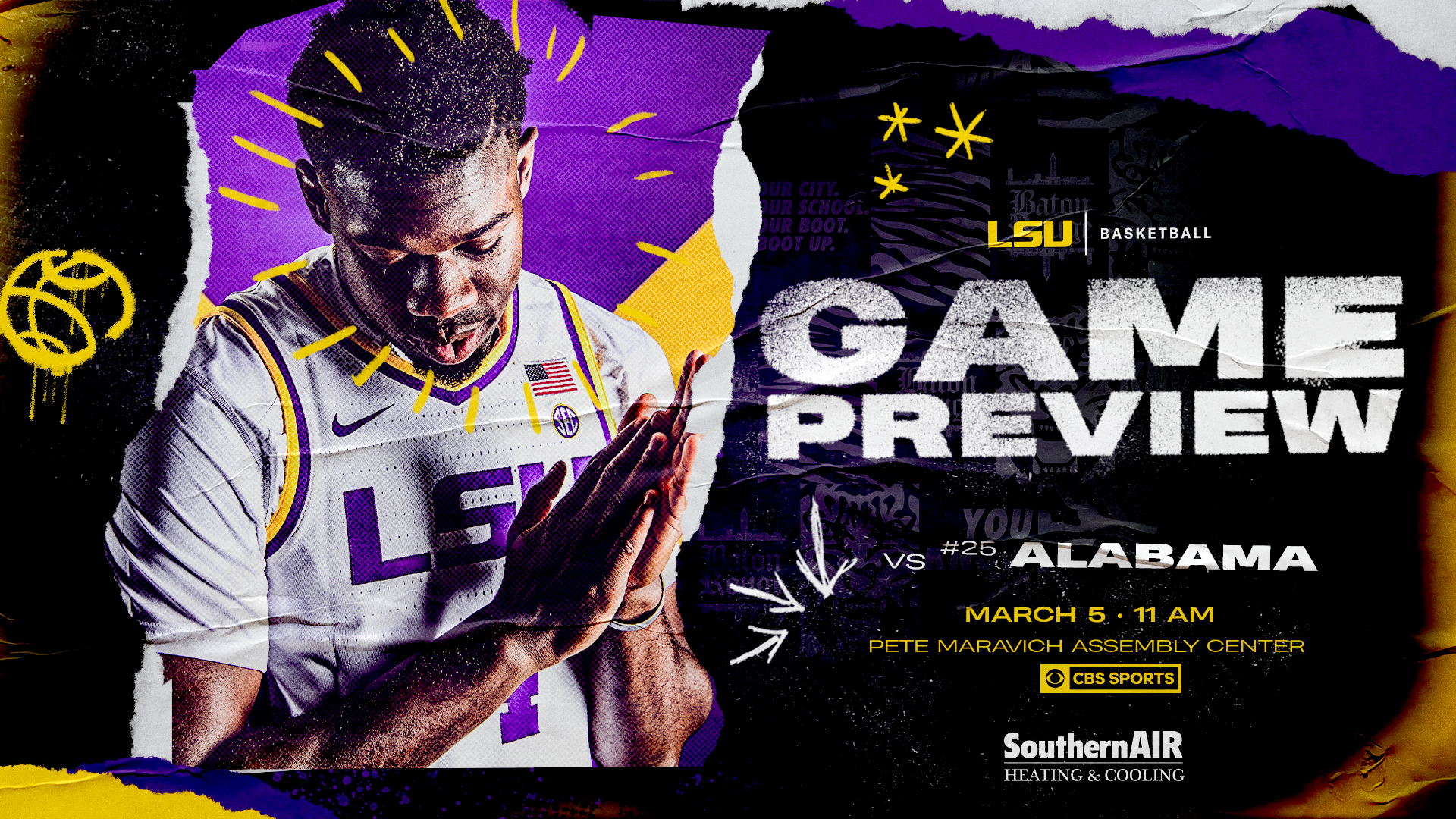 BATON ROUGE – For the 31st and final time in the 2021-22 regular season, the basketball will be tipped at just after 11 a.m. at the Pete Maravich Assembly Center Saturday as LSU and Alabama look for Southeastern Conference Tournament seeding.

With it being the final home game, fans are invited to come early for Senior Tribute ceremonies honoring Xavier Pinson and Darius Day which will be held pregame at 10:40 a.m.

The brunch game will be broadcast on the affiliates of the LSU Sports Radio Network with the Voice of the Tigers Chris Blair and former LSU basketball coach John Brady on the call (Guaranty Media flagship affiliate Eagle 98.1 FM in Baton Rouge). The game will be televised by CBS Sports with Andrew Catalon and Steve Lappas on the call.

Tickets are available online at LSUtix.net and available starting at 10 a.m. at the upper concourse ticket windows of the Maravich Center. LSU students are admitted free with valid ID.

An Alabama win could knock LSU into the 8-9 game in the second round on Thursday in Tampa at the site of the tournament.

The Tigers are coming off a difficult 77-76 loss at Arkansas on Wednesday as the Razorbacks made two late free throws that was the difference. Alabama is coming off an 87-71 loss at home on Wednesday.

For Pinson and Days, it will be the end of four years of college basketball. Pinson played three years at Missouri before transferring to LSU for his senior season. Pinson missed several games after an MCL sprain and he has helped LSU begin to get their identity back in the last few games.

Days, the first four-year player recruited to LSU Will Wade, will leave LSU with his name all over the LSU record book including, points, rebounds, steals and three-pointers made. Also, he has been part of 87 wins in his four years and if the NCAA Tournament had not bee paused in 2020, Days would have joined the rare group of players that had appeared for the Tigers in four NCAA events.

Live scoring for the game can be found Saturday at LSUstats.com and updates throughout the game on Twitter @LSUBasketball.