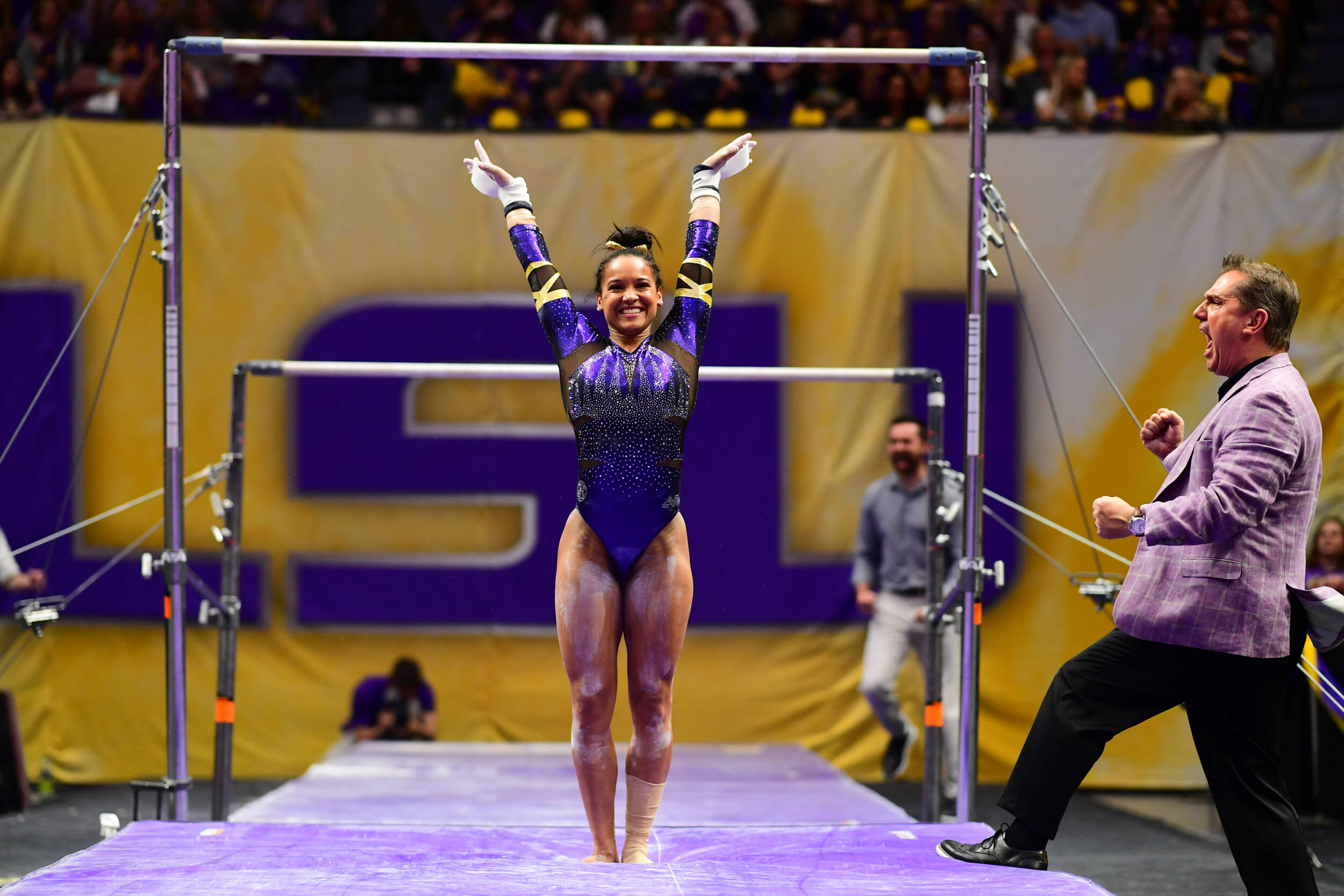 BATON ROUGE – The fifth-ranked LSU Gymnastics team scored a 197.450 in front of 12,838 fans in a loss to 10th-ranked Kentucky Friday night inside the Pete Maravich Assembly Center.

The Wildcats took the team win with a 197.500 in the SEC finale. LSU’s crowd marked the sixth-highest in the history of the gymnastics program.

“We didn’t do our job tonight,” head coach Jay Clark said. “We had a lot of distractions in warmups, and we were not as dialed in as we have been. There were problems with a lot of landings, which was frustrating. I think the way we performed and the way it ended really stung, and I think they will come out hungry.”

LSU seniors Sami Durante and Sarah Edwards along with sophomore Haleigh Bryant swept the event and all-around. Bryant scored a 9.95 on vault, bars and beam. Her score of 39.75 in the all-around marked a new career high. Durante also took home bars with a 9.95 and Edwards anchored floor with a 9.925.

The Tigers scored another 49.425 on beam in the third rotation. Christina Desiderio opened with a 9.90 and Arenas followed with a 9.825. Dean returned to the lineup with a 9.85 and Bryant matched her career high with a 9.95. Freshman Aleah Finnegan also posted a 9.90 in the fifth spot for the Tigers.

LSU returns to the PMAC on Friday, March 11 against No. 4 Utah for the regular season finale. The meet will be the finale for LSU’s six seniors.