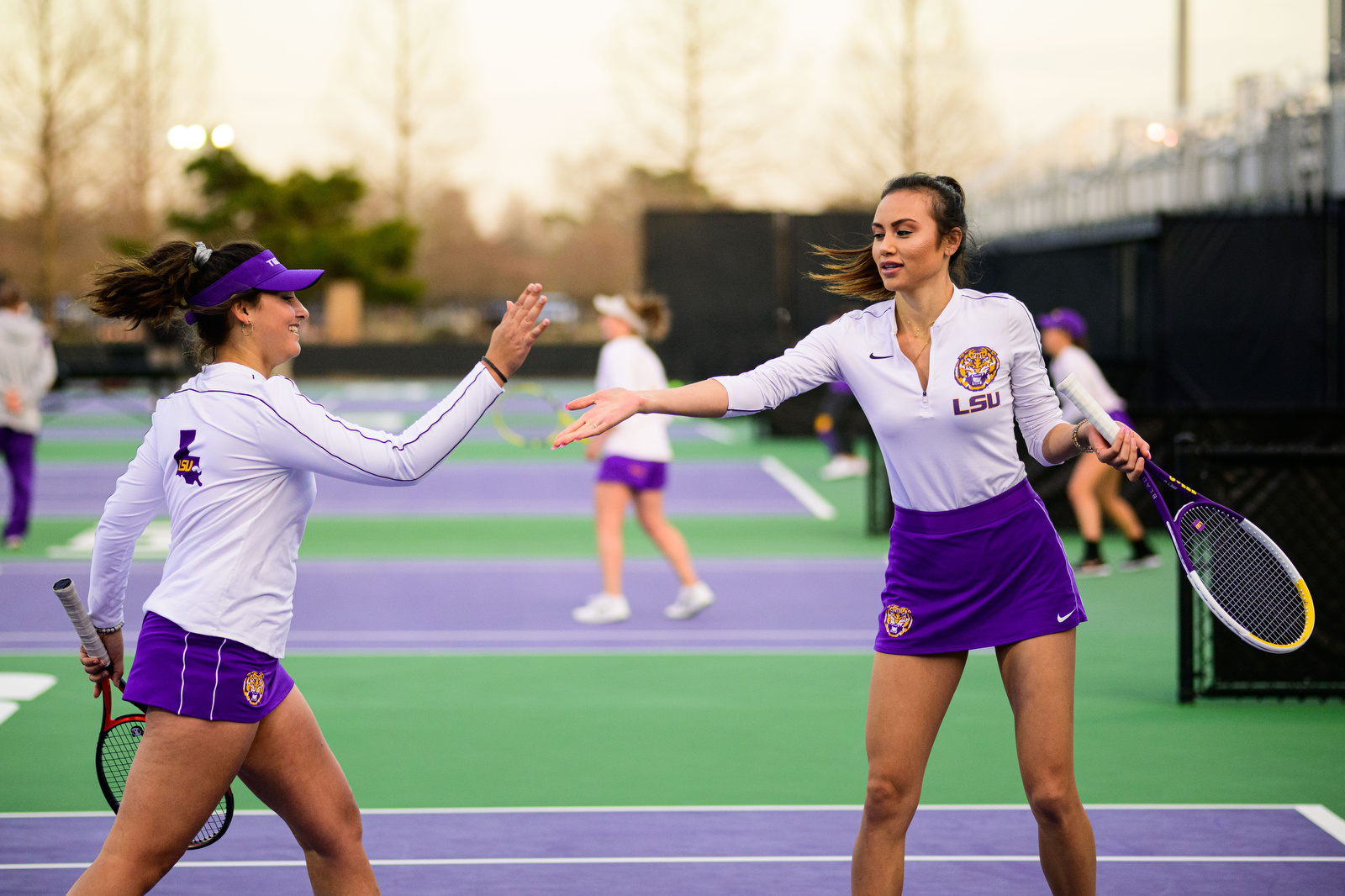 Admission to home matches at the LSU Tennis Complex is free of charge with gates opening one hour before start time. Friday’s match will feature free slices of pizza available to attending fans while supplies last.

Vs. Florida
The Tigers will be looking to get their third win against Florida in program history, with the Gators claiming victory in 48 of the 50 matches through the years. When the teams met in Gainesville last season, Florida claimed a 4-2 victory.

Florida enters the match 7-2 on the year and ranked No. 13 in the ITA Team Rankings. The Gators have picked up three top 25 wins thus far this season, including the last time out on Feb. 13 as they defeated No. 16 Washington by a score of 4-0. Strong doubles play this season currently has two duos of Gators highly ranked as Carly Briggs and Marlee Zein currently sit No. 10 while Alicia Dudeney and Bente Spee narrowly fall behind at No. 12.

Vs. South Carolina
South Carolina holds a 25-7 advantage in the series. When the two teams met last season in Columbia, LSU came from behind in an effort powered from singles wins by Taylor Bridges and Nina Geissler to win 4-3.

South Carolina enters the weekend with a 5-4 record and ranked No. 52 in the ITA Team Rankings. After opening the season 1-4, the Gamecocks have won four straight matches to enter SEC play on a hot streak. In singles play, South Carolina’s Sarah Hamner currently sits at No. 1 in the ITA Singles Rankings with a 24-4 record and 17 wins over ranked opposition.

Tiger Tidbits
LSU enters SEC play with a 1-4 record following a limited nonconference schedule. Last time out, the Tigers picked up their first win of the season on Monday in a 4-2 win against local foe Southern in a match where the Tigers only played four players in singles and doubles action.

Ena Babic enters the match as the lone individual ranked in the ITA Singles Rankings as she checked in at No. 93 in the latest rankings. Babic leads the team in overall singles win with an 8-4 record and has one ranked win to her name this season.