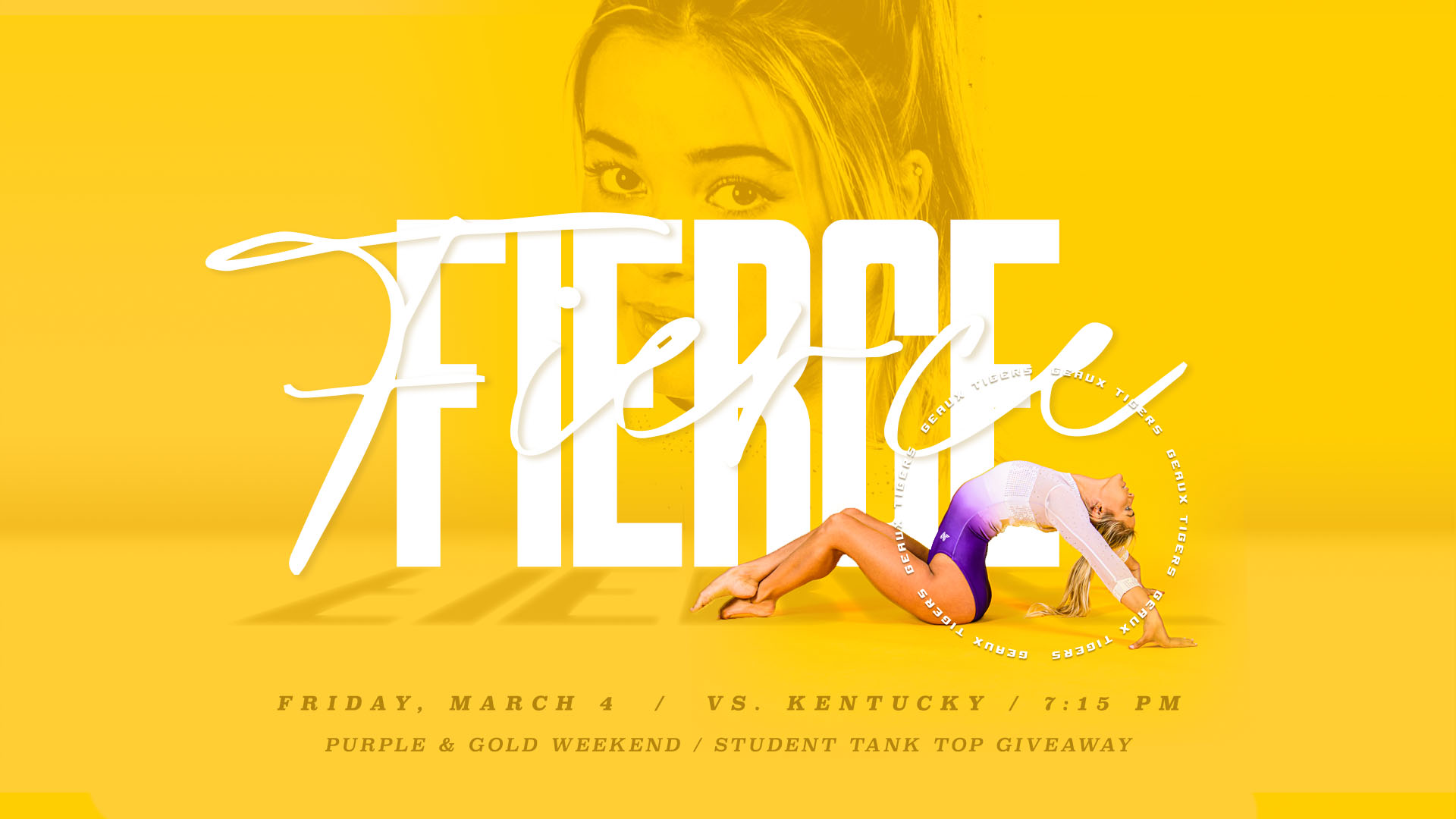 There are a limited amount of general admission tickets still available at LSUtix.net. Student tickets are free and the entrance is on the upper west side of the arena. Doors to the arena will open at 5:45 p.m. for all fans. The first 500 students will receive an LSU gymnastics tank top and the first 500 fans through the upper entrances will receive an LSU gymnastics t-shirt.

The meet will be streamed live on SECNetwork+ through WatchESPN.com and the app. Lyn Rollins and former All-America gymnast Kaleigh Dickson Abboud will call the top-10 meeting.

“We are in March now and really gearing up for our postseason,” head coach Jay Clark. “I know the team is excited to get back in the PMAC and compete a really strong Kentucky team. Competing in front of the home crowd will really them some extra juice for this SEC finale.”

When the squad takes the floor on Friday they’ll be looking to score a 197 or higher to drop the season opener score from its National Qualifying Score (NQS). With three meets left this season, LSU has a strong chance to finish in the top four and take a No. 1 seed going into NCAA postseason.

Kiya Johnson and Haleigh Bryant, two of the top gymnasts in the country, are expected to compete in the all-around together for the second time this season. Both Johnson and Bryant own multiple perfect scores in 2022. Johnson owns a 10 on beam and floor and Bryant has scored two 10’s on vault. Johnson owns two 10’s on beam, one on vault and four on floor. She is the sixth gymnast in LSU history to score multiple perfect scores on beam. Bryant has scored all four of her career 10’s on vault.

LSU will be without star junior Kai Rivers. Rivers, who suffered a shoulder injury against Alabama, has no timetable for return. The Detroit, Michigan native returned to LSU’s lineup on vault, bars and beam after missing the 2021 season with an Achilles injury.

LSU-Kentucky Series
LSU leads the all-time series over Kentucky, 83-8 with the Tigers owning a record of 24-1 in Baton Rouge. LSU lost twice to Kentucky a year ago, once in Lexington and another in the NCAA Second Round. LSU went on to defeat the Wildcats in the NCAA Regional Final to move on to NCAA Championships. LSU’s lone loss to UK in Baton Rouge came in 1996.