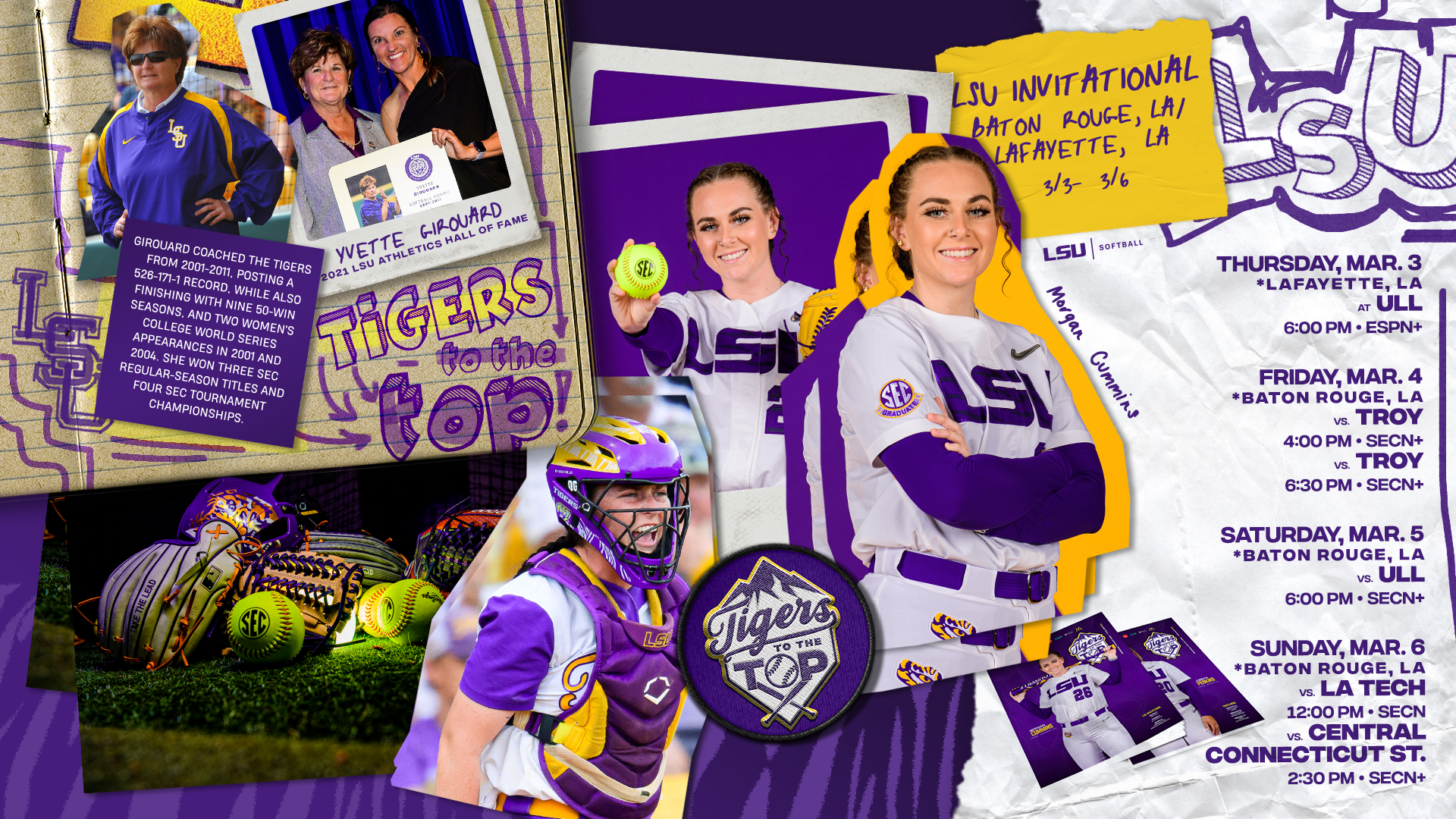 The Tigers will play their first true road game of the season at 6 p.m. on Thursday, March 3 when they travel to ULL. The game will be streamed on ESPN+. Following that game, LSU will embark on what will be an overall nine-game home stand with five of them being played this weekend. LSU will have a doubleheader versus Troy on March 4 at 4 p.m. and 6:30 p.m. on SECN+ before playing the Ragin’ Cajuns again at 6 p.m. on March 5 on SECN+. The tournament will conclude with two games on March 6 beginning with a noon game against Louisiana Tech on SEC Network, and a 2:30 p.m. game versus Central Connecticut State.

The full schedule for the LSU Invitational / ULL Crossover including games played in Lamson Park can be found here.

The Tigers finished 6-0 last weekend at the Purple & Gold Challenge with half of their games resulting in shutouts. LSU had its most productive weekend at the plate as they outhit its opponents 59-21 and outscored them 55-10. The Tigers enter the weekend ranked No. 5 in the SEC with 127 hits, No. 7 with 93 RBI, and No. 2 with 71 walks.

Danieca Coffey paces the team with a .439 batting average and is currently on a 15-game reached base streak. Coffey leads the SEC with 57 at bats sits No. 3 in the league with 25 hits. Ciara Briggs follows with 23 hits and is No. 7 in the league with 16 runs. Shelbi Sunseri and Georgia Clark account for 12 of the team’s 17 home runs with Sunseri leading the way with seven (No. 2 in the SEC). Clark has a team-high 18 RBI which is ranked fourth in the SEC.

Ali Kilponen is 7-1 in the circle this season with six complete games and three shutouts. She has a 0.73 ERA and ranks No. 7 in the conference with 45 strikeouts, including a league-best 15 strikeouts looking. Sunseri is 3-1 this season on the rubber with a 2.27 ERA and has 30 strikeouts in 37.0 innings pitched. Sunseri is coming off a career-high 11 strikeouts after tossing 10.0 innings in what was her first shutout of the season. She also had two home runs in that game, including the walk off home run, marking the first walk off home run to win an extra inning game since Amanda Doyle did it in 2018 against No. 13 Baylor.

The Tigers have an overall 51-12 combined record against ULL, Troy, Louisiana Tech, and Central Connecticut State.

LSU is 20-12 all-time against ULL. The Tigers and Ragin’ Cajuns met five times last season with LSU winning four of them, including two in the NCAA Baton Rouge Regional.

LSU boasts a 20-0 record against Louisiana Tech. The Tigers defeated LA Tech 6-4 last season at Tiger Park and Bulldogs shutout the Bulldogs 11-0 in the 2020 LSU Invitational.

The Tigers are 2-0 against Central Connecticut State. This will be the first meeting since the Tigers knocked off CCSU 3-2 and 11-0 in the 2013 NCAA Baton Rouge Regional.

LSU will open SEC play on March 11-13 at Tiger Park as they take on SEC favorite Alabama.