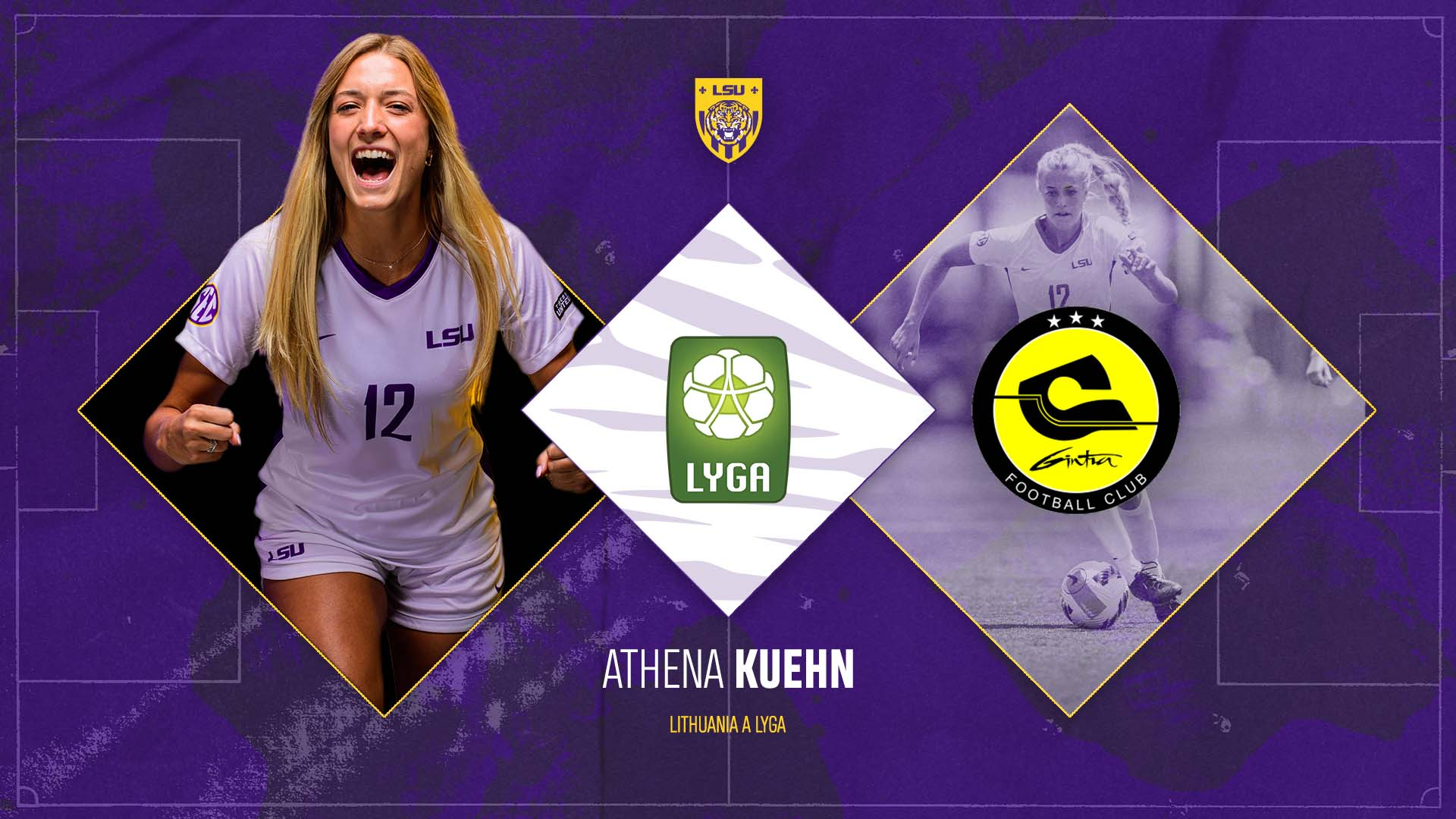 Baton Rouge, La. – Former LSU soccer player Athena Kuehn has signed a professional contract with FC Gintra as part of the Lithuanian A Lyga which is widely regarded as the top level of soccer in Lithuania.

Kuehn played one season at LSU after transferring in to Baton Rouge after playing four years at the University of Minnesota. During her lone season with the Tigers, Kuehn played in all 20 matches for the Tigers in 2021. She started 18 of the matches while ranking third on the team with a total of nine points thanks to three goals and three assists.

“We are so excited for Athena to take the next step in her career and sign a professional contract in Europe,” LSU soccer head coach Sian Hudson said. “Athena established herself as a top player in the collegiate ranks and was a key performer for us in 2021.

“She is now going to have the opportunity to compete against some of the best teams and players in the world as she will be playing Europe’s most prestigious competition – The Champions League. We are eager to keep up with her continued success as a professional soccer player overseas.”

She tallied all three of her goals in a four game stretch early on in the season for the Tigers. Her goals all came in LSU wins against No. 15 South Florida, Arizona, and No. 21 Arizona State in an 11 day stretch that ran from late August into early September. Her three assists came against Sam Houston, No. 19 UCF, and No. 4 Arkansas, all three of which LSU won as well.

She linked the midfield to the attack while playing both centrally and out wide and totaled 1,413 minutes on the pitch for the 2021 season. FC Gintra is adding a quality to player to their roster that will aide in their winning ways. FC Gintra has won 17 straight A Lyga titles.