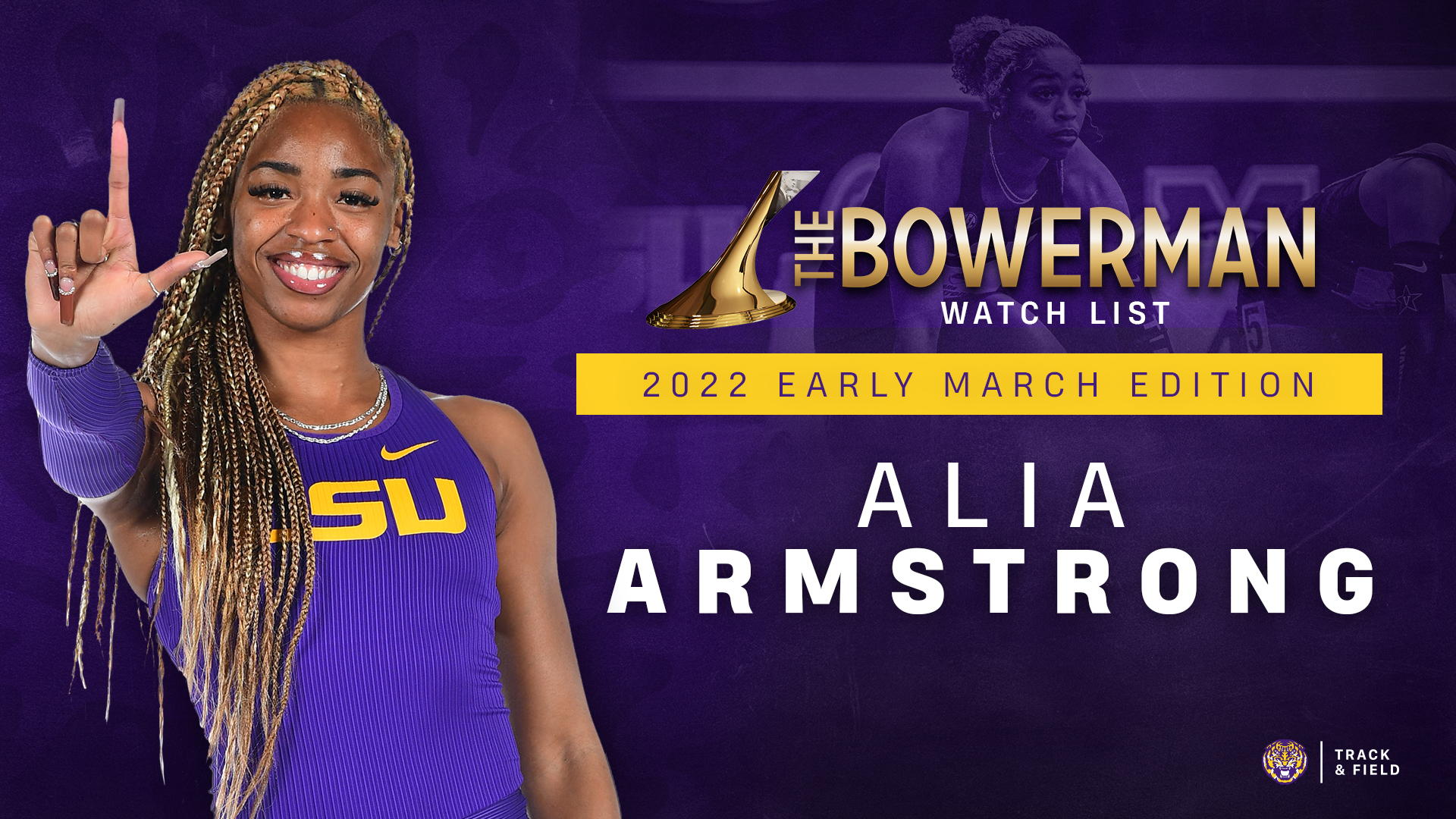 Baton Rouge, La. – Alia Armstrong, the NCAA leader in both the 60 meter dash and 60 meter hurdles, has been named to the post-conference indoor edition of The Bowerman Watch List that was released Wednesday afternoon.

Armstrong, a native of New Orleans, has two of the eight fastest times in NCAA history in the 60 meter hurdles with readouts of 7.81 and 7.86. The time of 7.81 makes her the No. 2 performer on the all-time collegiate list only trailing collegiate record holder Brianna Rollins-McNeal of Clemson (7.78/2013).

Armstrong just won her first SEC title with a victory in the 60 meter race last Saturday with a career best time of 7.11 seconds. That mark of 7.11 slides her into the No. 10 slot on the all-time collegiate performer list and it’s No. 3 in LSU history.

Armstrong is the ninth woman in LSU history to be named to The Bowerman Watch List, the most coveted award in collegiate track and field. She joins Lisa Gunnarsson, Tonea Marshall, Sha’Carri Richardson, Kortnei Johnson, Aleia Hobbs, Mikiah Brisco, Kimberlyn Duncan, and Semoy Hackett. Duncan (2013) and Richardson (2019) won The Bowerman.