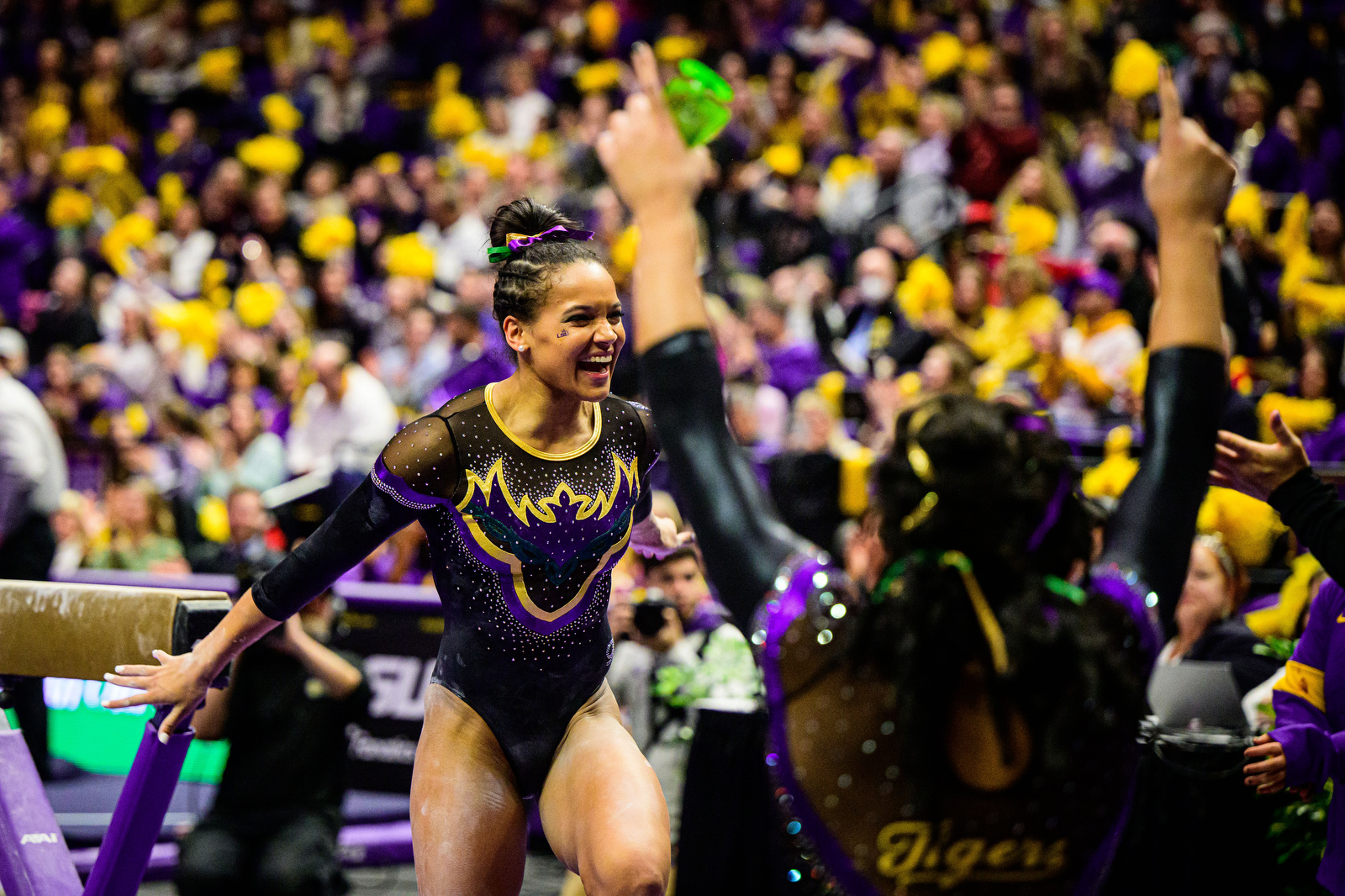 BATON ROUGE – Sophomore gymnast Haleigh Bryant has been named the Southeastern Conference Specialist of the Week after earning wins on vault and bars in the Tigers’ win at the Texas Woman’s quad meet, the league office announced.

One of the top all-around gymnasts in the nation, Bryant competed on vault, bars and beam over the weekend. She scored a 9.95 on vault and 9.925 on bars to earn the wins. She also scored a 9.875 on beam to finish third overall.

The fifth-ranked Tigers return home to the PMAC to face Kentucky at 7:15 p.m. Friday. The meet will be streamed live on SECNetwork+ through watchESPN.com and the app.