Tejedo Mulet, Svensson Lead Tigers in First Round of Rucker

Carla Tejedo Mulet opened with a 1-over 72. 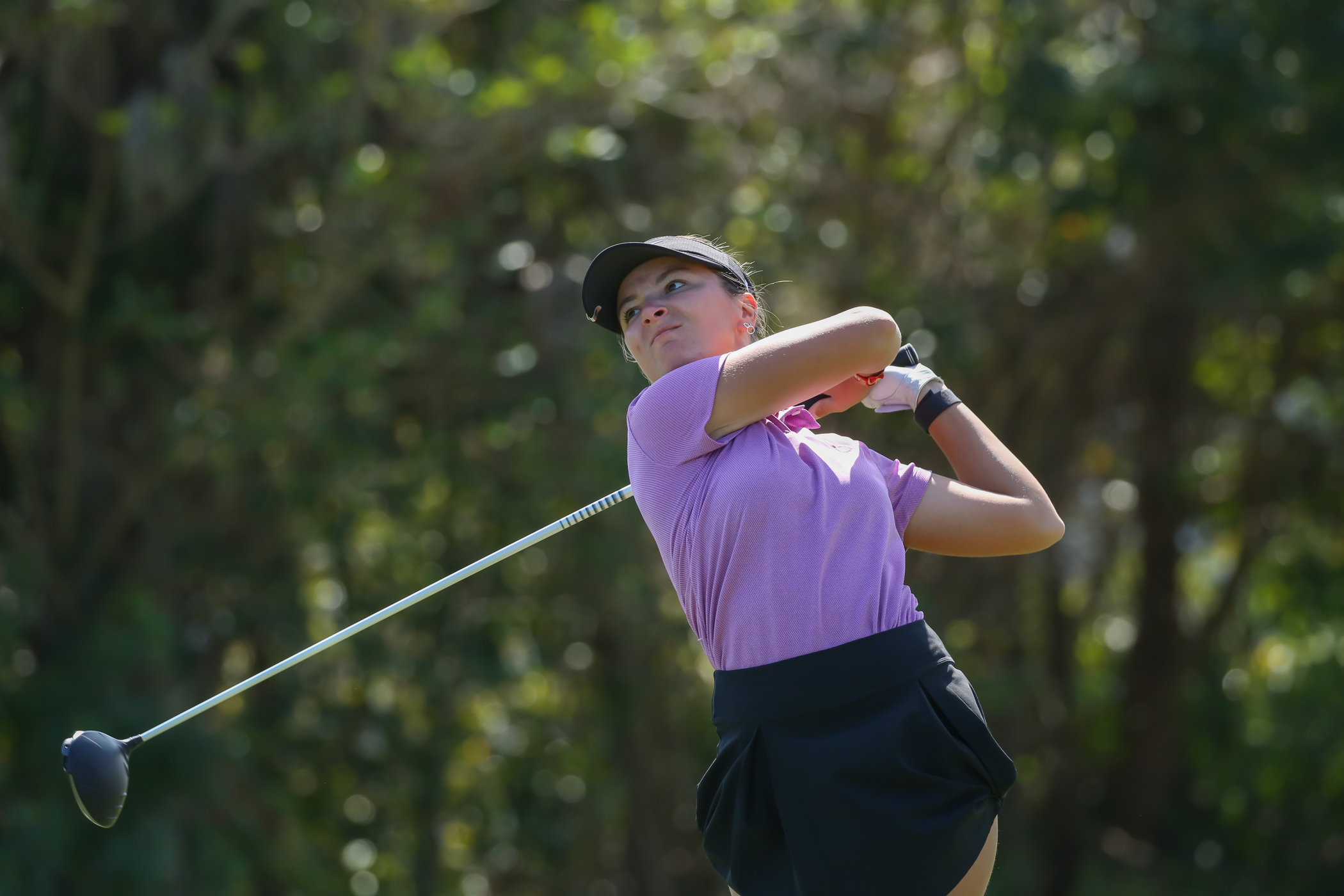 HILTON HEAD ISLAND, South Carolina – On a cool and windy day that sent scores higher than anticipated, the LSU women’s golf team posted a 1-under score over their final nine holes to stand in a tie for fourth after the first round of the Darius Rucker Intercollegiate at the Long Cove Club here Monday.

LSU posted a 7-over par round of 291 over the par 71 layout to stand in a tie for fourth with Wake Forest at the end of play.

Baylor is the leader at 3-over par 287 with Texas in second at 289 and Alabama one shot ahead of LSU at +6. Arizona State is in sixth at 8-over.

LSU leads the tournament in playing the par 4 holes at 5-over par, two shots better than Baylor. LSU had a tournament best 65 pars.

The tournament is being nationally televised by the Golf Channel and coverage will continue beginning at 1 p.m. CT with College Central and then live coverage of the second round will begin at 1:30 p.m.

Both sophomore Carla Tejedo Mulet and freshman Elsa Svensson came up with strong finishes to get home in 1-over 72, good enough for a tie for 12th after the opening 18 holes. Svensson had three late birdies over the final seven holes that got her back to 1-over. Svensson is third in the field in birdies with four.

No. 17 LSU also counted a 2-over 73 from junior Latanna Stone who parred the final 13 holes of the round and a 3-over par 74 by junior Ingrid Lindblad who carded her only birdie of the day on the final hole, the par 4 ninth.

Stone and Tejedo Mulet are 1-2 in pars in the field with Stone making 16 pars and Tejedo 15.

Anna Morgan of Furman ended up the leader at the end of the first round with a 2-under 60, one shot better than six golfers. In all, 11 golfers were even or under par.

After the round on Monday, the participants got a chance to be entertained at a private concert by the country music star whose has been associated with this tournament for 10 years.

After helping to lead the field off the back nine on Monday, the Tigers will be one of the featured groups on the telecast Tuesday as they will go off beginning at 10:20 a.m., with Wake Forest and Arizona State. The 54-hole event concludes on Wednesday. Live scoring for the event can be found at Golfstat.com.