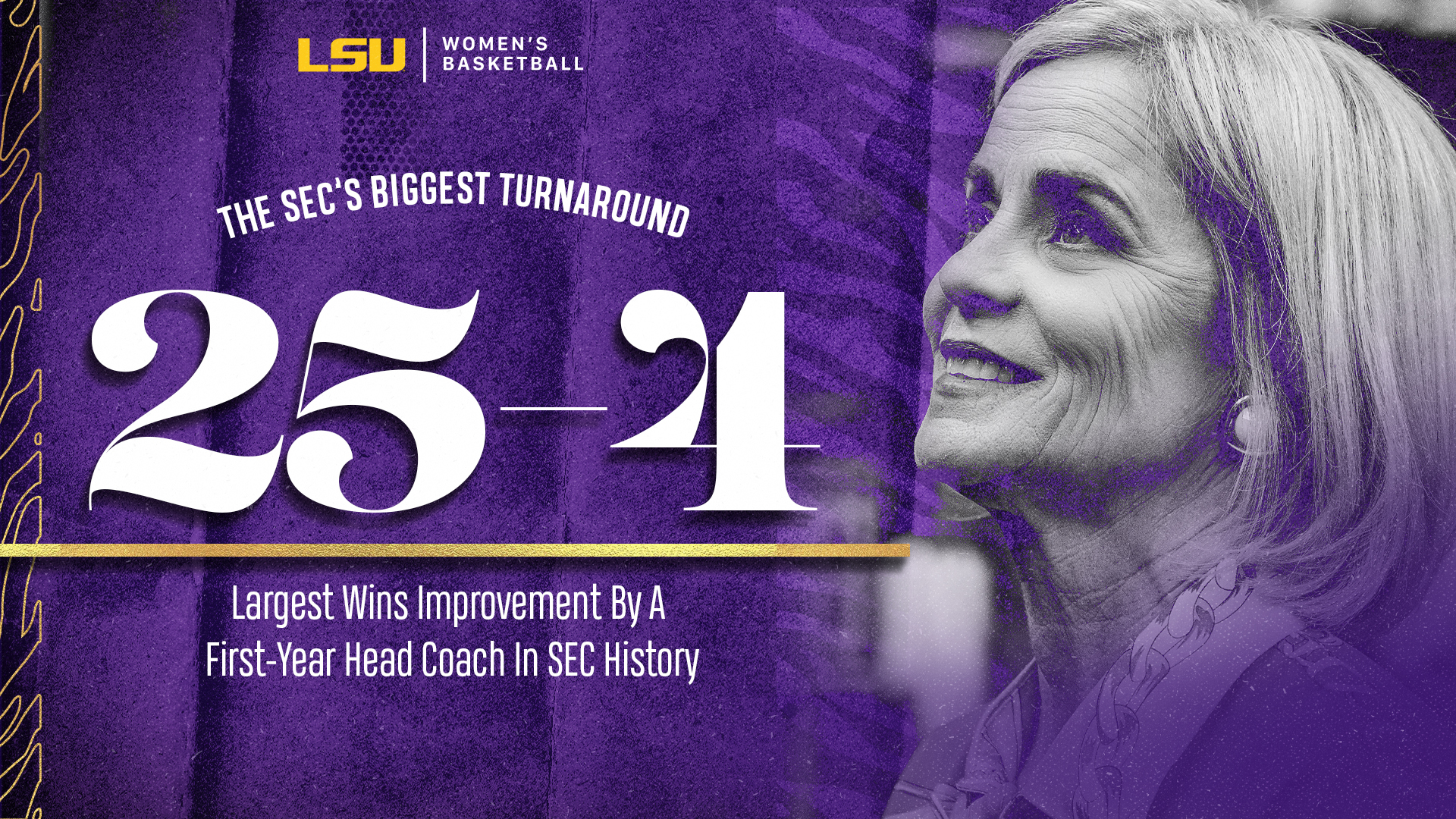 BATON ROUGE – The improvement for LSU Women’s Basketball going from 9-13 last year to 25-4 this season in Coach Kim Mulkey’s first year as LSU’s head coach is the largest turnaround by a first-year coach in SEC history.

As of today, it is a 12.5 game improvement based on the NCAA formula which takes wins differential and losses differential from one year to the next into account. Depending on how LSU fares in the postseason, the official improvement number will change.

Coach Mulkey has led two of the greatest single season turnarounds by a first-year head coach at a school; first at Baylor and now at LSU.

*Is active and will change depending on postseason outcomes

The Tigers have surged in the first season of the Coach Mulkey era, entering the postseason at No. 8 in the AP Poll. The Tigers were picked in the preseason to finish No. 8 in the SEC, but LSU went 13-3 in conference play to go to Nashville as the No. 2 seed in the SEC Tournament.

It is likely that no matter what happens later this week at the SEC Tournament that LSU will host first and second round games of the NCAA Tournament inside the PMAC as one of the Top-16 seeds in the field. The last time LSU hosted NCAA Tournament games was in 2014. The Tigers were a No. 7 seed that year, but to find the last time LSU was one of the Top-16 seeds one would have to go back to 2008 when LSU was the No. 2 seed in the Oklahoma City Regional.