LSU Goes into Postseason At No. 6 in AP Poll 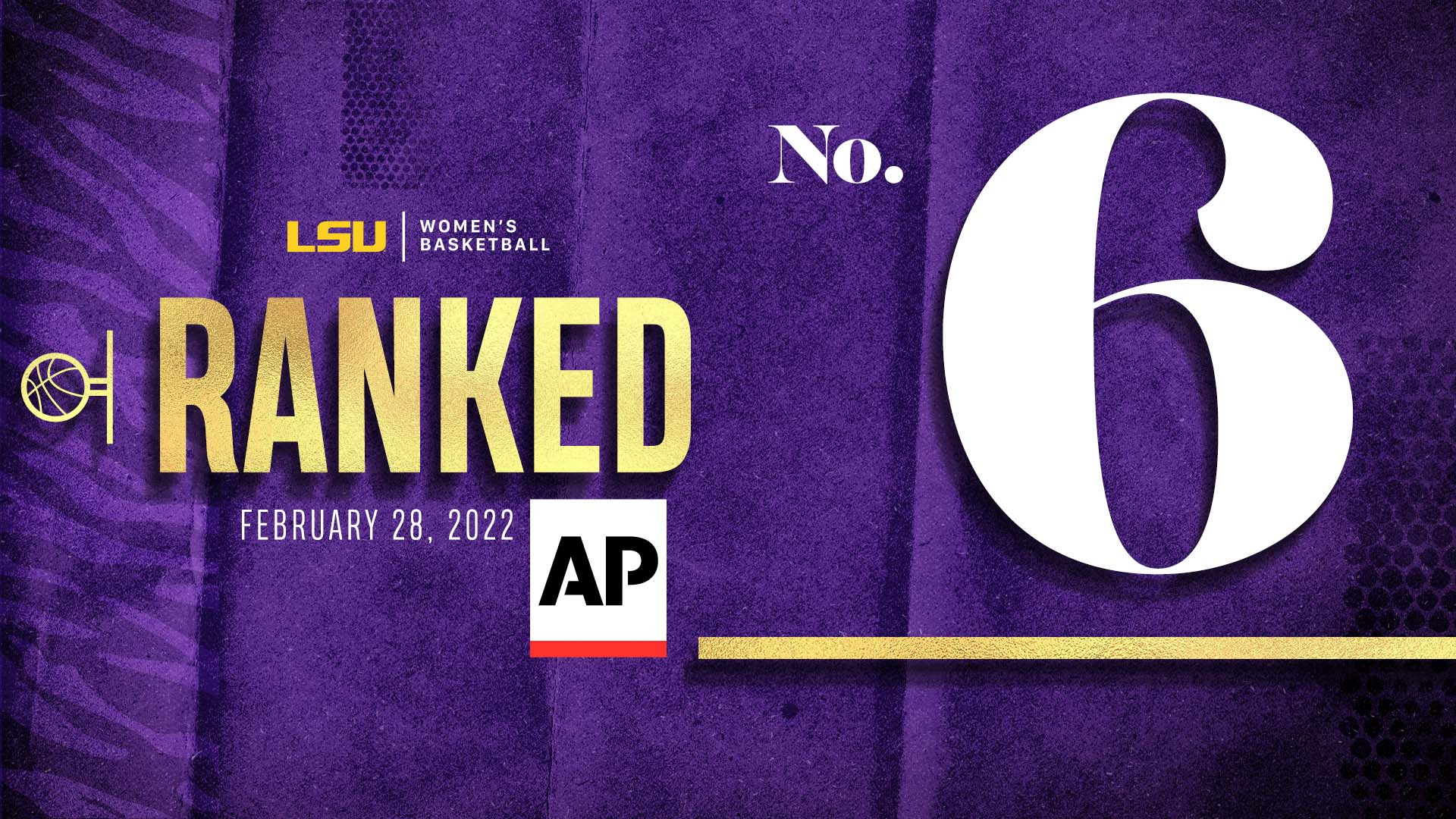 The Tigers have had an exceptional turnaround in the first year under Hall of Fame Coach Kim Mulkey. After winning nine games a year ago LSU increased its win total by 16 this season. The Tigers were picked in the preseason to finish No. 8 in the SEC, but LSU went 13-3 in conference play to go to Nashville as the No. 2 seed in the SEC Tournament.

As one of the Top-4 seeds at the SEC Tournament, LSU earned a double-bye and will not play until Friday in the quarterfinals at 6 p.m. CT inside Bridgestone Arena in a game that will air on the SEC Network. The Tigers will play the winner of Mississippi State and Kentucky which is scheduled for Thursday evening.

It is likely that no matter what happens later this week at the SEC Tournament that LSU will host first and second round games of the NCAA Tournament inside the PMAC as one of the Top-16 seeds in the field. The last time LSU hosted NCAA Tournament games was in 2014. The Tigers were a No. 7 seed that year, but to find the last time LSU was one of the Top-16 seeds one would have to go back to 2008 when LSU was the No. 2 seed in the Oklahoma City Regional.